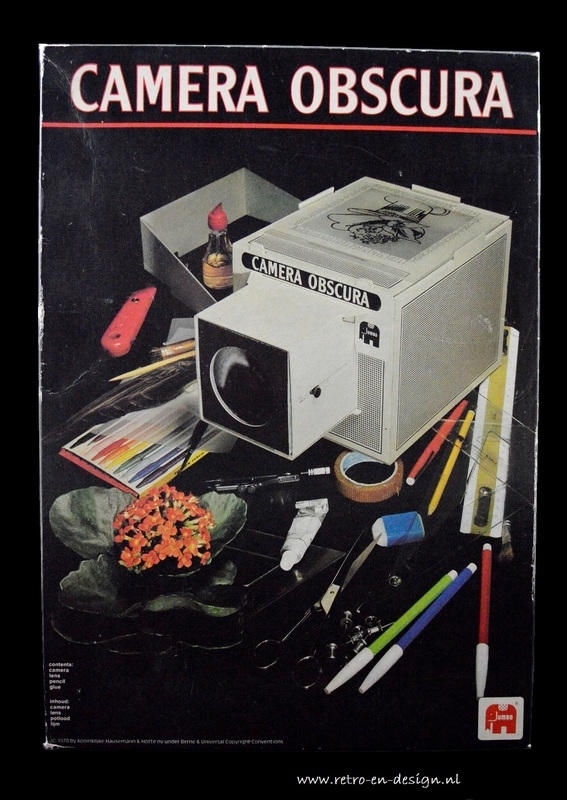 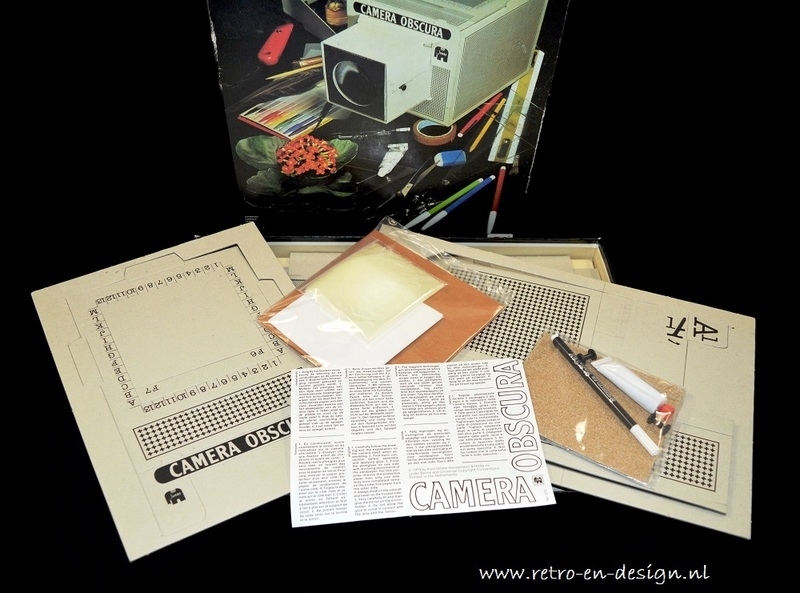 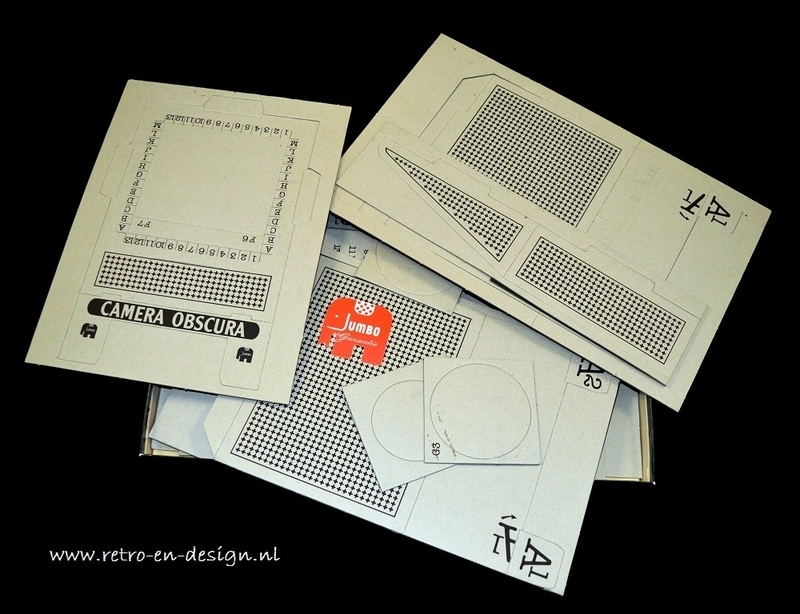 In 1979 proclaimed as "Toy of the Year" in the category Hobby.
The camera obscura is an unusual toy in several ways. The body is made from cardboard. When assembled the center box is about 9" X 7 1/2" X 7". It is made in the Netherlands as an educational kit by Jumbo dated 1978.
The camera obscura was / is an instructive way to see how in fact a camera made an image on film. It was also used as a tool for drawing and painting for alignment.

Very rare in this condition. New and unused. Everything is still in its original state. Original box and packaging!