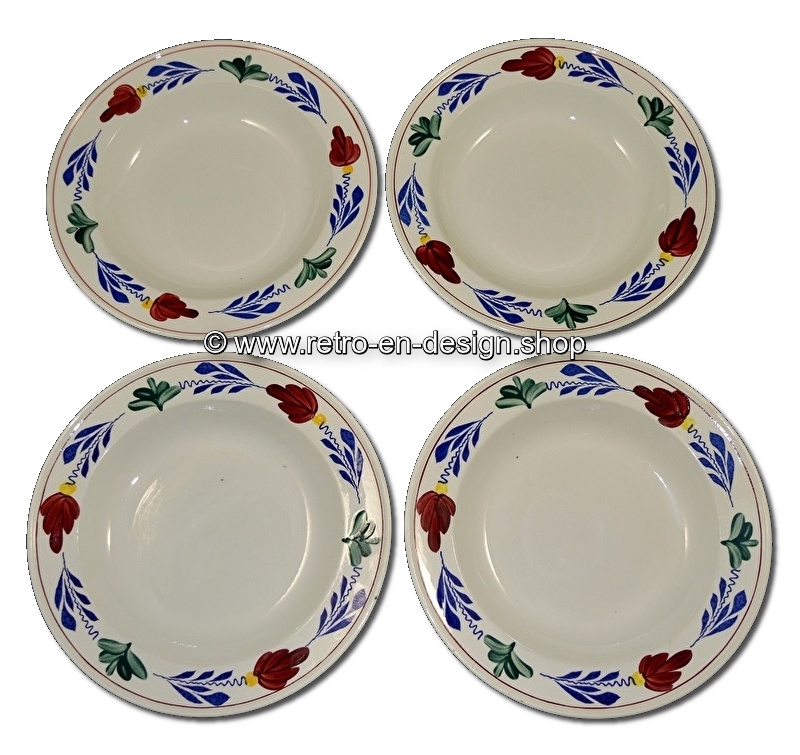 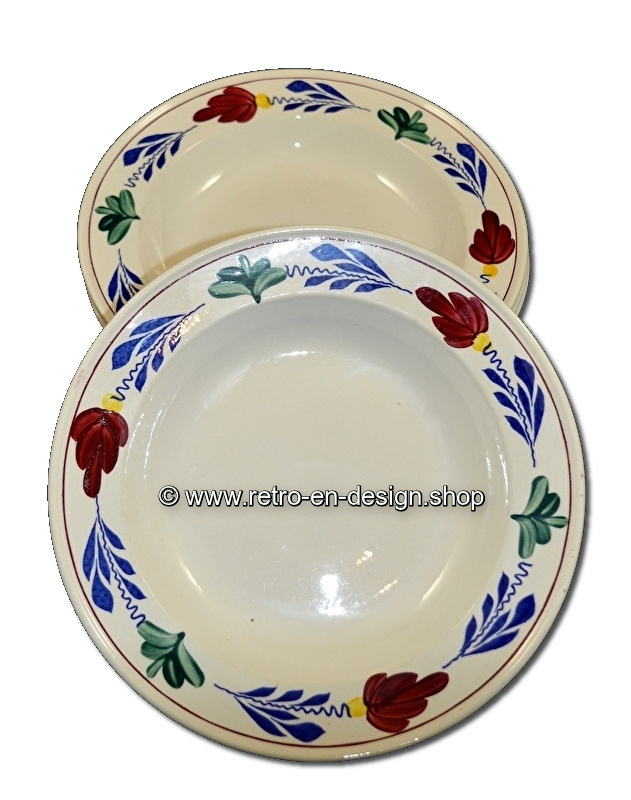 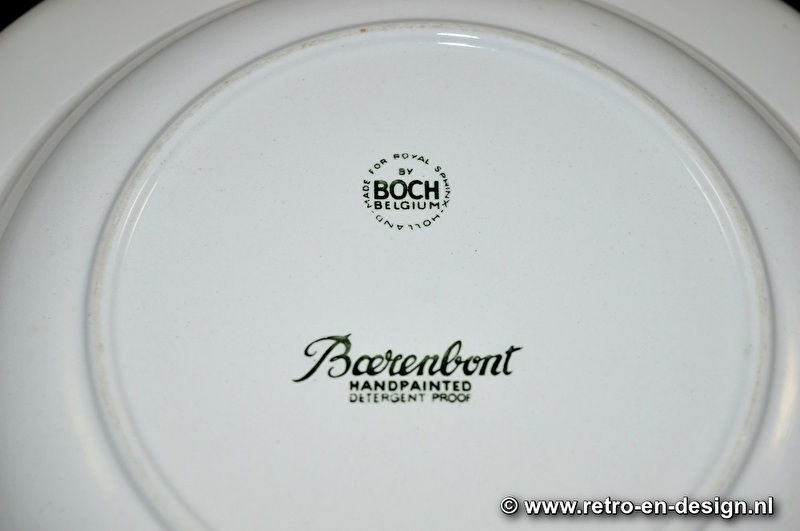 The Boerenbont service is for more than a century, the most famous and popular, hand painted pottery dinnerware in the Netherlands. The decor in the typical blue-green-red-yellow design is well known. The service is very recognizable and already adorns the table for decades by young and old in many Dutch households. This universal service does after all these years still excellent in any classic or modern decor.

Pay attention! Price is per piece. Multiple in stock. Select the desired amount.

Boerenbont is a traditional pattern used on pottery from the Netherlands. Translated from Dutch, "Boer" means farmer and "bont" refers to a mixture of colors. The distinctive floral pattern is hand-painted with simple brush strokes of red, yellow, green, and blue.

Currently manufactured by Royal Boch in Belgium, the pattern originated as a local craft made by farmers’ wives in the 19th century. According to the Royal Boch website, a variety of patterns have followed the path of Dutch merchants all over the world, from Sumatra to Zanzibar via Goa. It remains a popular pattern today.

Boerenbont is a painting technique that is mainly applied to crockery. The painted motif consists of floral motifs in stylized forms with only a few colors.

History
Where Boerenbont comes from is not exactly known. In the first half of the 19th century, mechanically painted motifs were sold in addition to hand-painted motifs. In the Netherlands, Petrus Regout started in 1840 in his earthenware factory in Maastricht with the production of 'Boerenbont tableware on an industrial scale. The Royal Sphinx, as the factories of Regout later became known, continued until 1969 the production of Boerenbont. Mosa also produced Boerenbont tableware during this period. During that period of approximately 130 years, at least 200 different motifs were used in Maastricht. In Belgium, Boerenbont was produced for a long time by Royal Boch.

The Royal Boch license has since been taken over by Wegter, Hengelo. The factory in Belgium is closed. The production has been moved to different countries, especially in the Far East. The production process is unchanged, i.e. it is still hand painted. The basic material (earthenware) is from another supplier and differs slightly from the tableware produced in Belgium.

Boerenbont has survived many fashion changes over the years. Although it was only built up from a limited number of colors and motifs, much could be varied.

Production
The factories in which the Boerenbont tableware was painted had mainly female employees who painted the figures by hand. This was done as a kind of assembly line work, because every employee painted only one color, for example the stalk, the leaves of the twig or the leaves of the flowers. Men did no painting, but other work elsewhere in the factory.