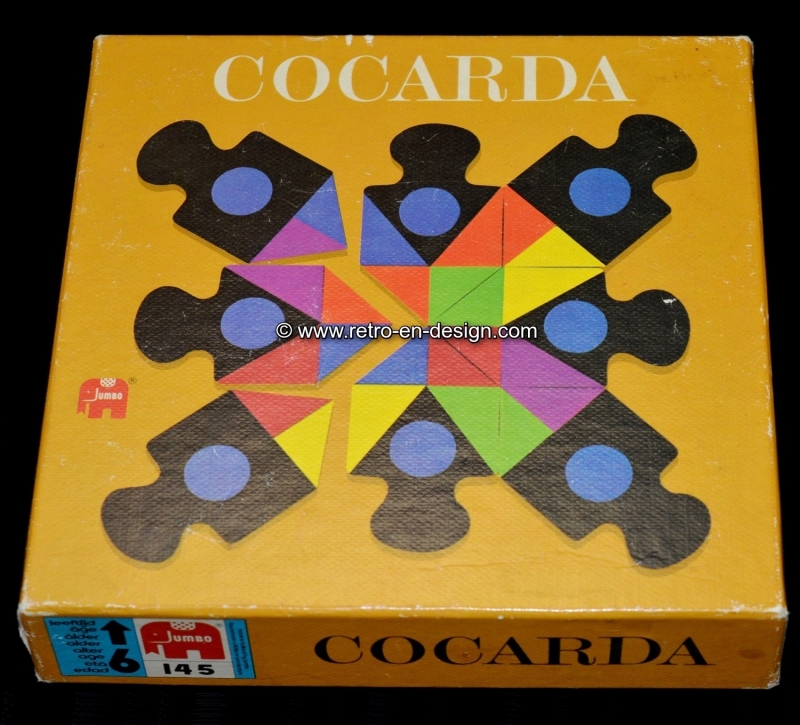 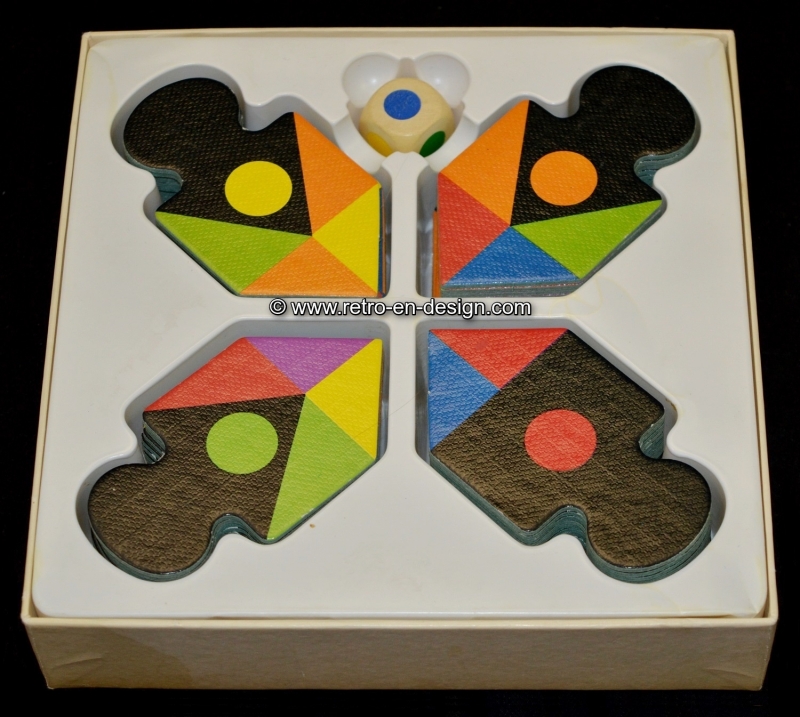 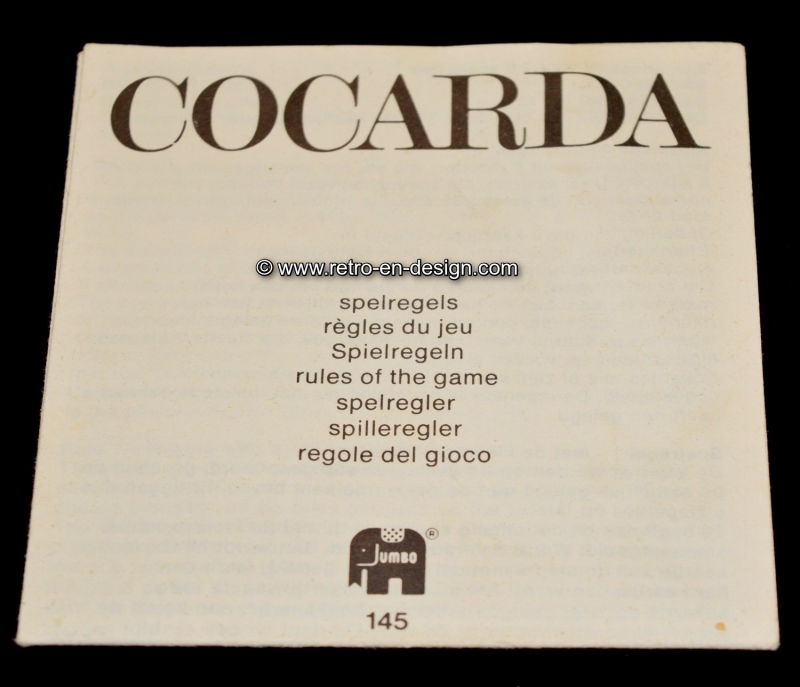 There must be formed six rosettes of eight cards in this game. It can be played in two different ways, with or without a die.

The game consists of 6 rosettes, each of which is composed of 8 cards. 8 cards, which form a rosette, are marked with colored dots, namely blue, yellow, green, orange, red and white.

Including rules in 7 languages.