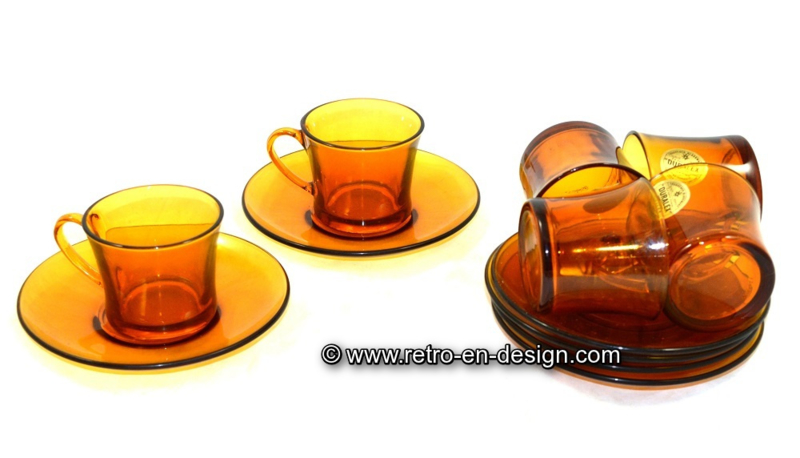 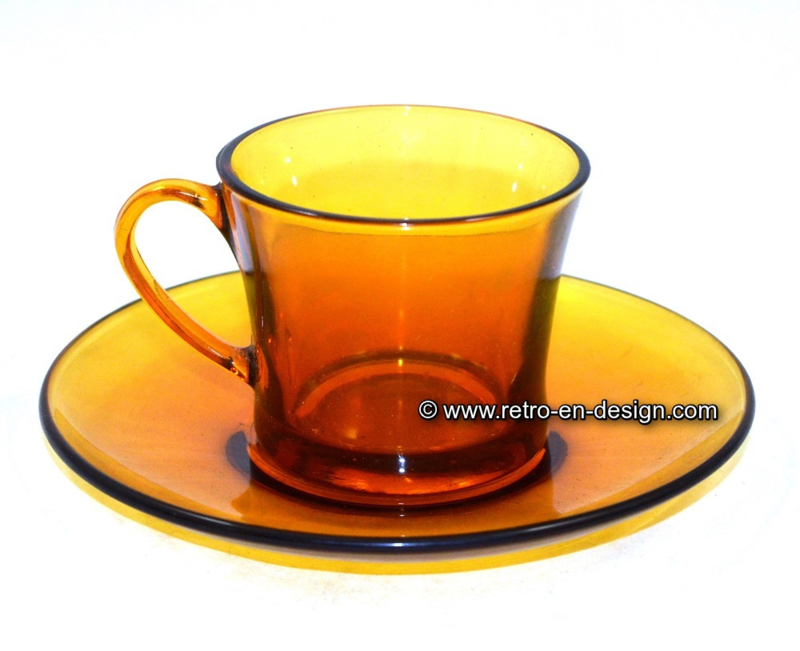 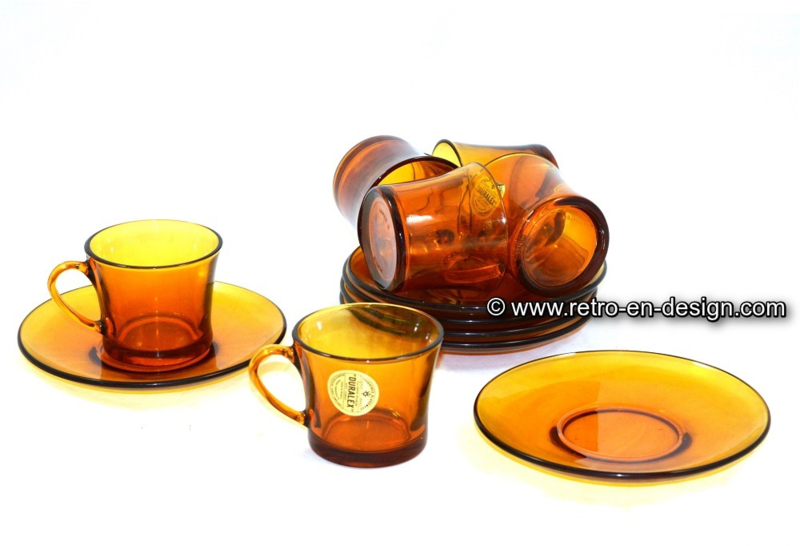 A lovely set of six espresso cups and saucers made by Duralex France in the seventies. This set of Duralex cups and saucers takes you back to to past. This set is in a fine vintage condition and has a beautiful deep amber orange/brown color.

Marked at the bottom: Duralex France.

A PIONEERING COMPANY.
The adventure began in the 1930s. Saint-Gobain took over La-Chapelle-Saint-Mesmin factory, near Orleans that was formerly owned by a vinegar maker and later by a perfumer that produced their bottles there.

A few years later, Saint-Gobain, a pioneer in the tempered glass technology, made its first attempts at adapting the process to the tableware production. In 1945, the Duralex brand was registered.

In the sixties and seventies, Duralex expanded and developed internationally. The brand and its products became familiar to millions of consumers worldwide.