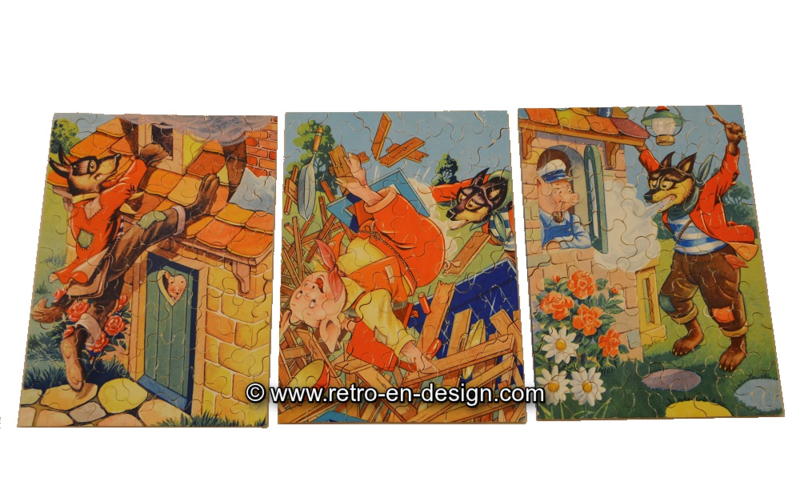 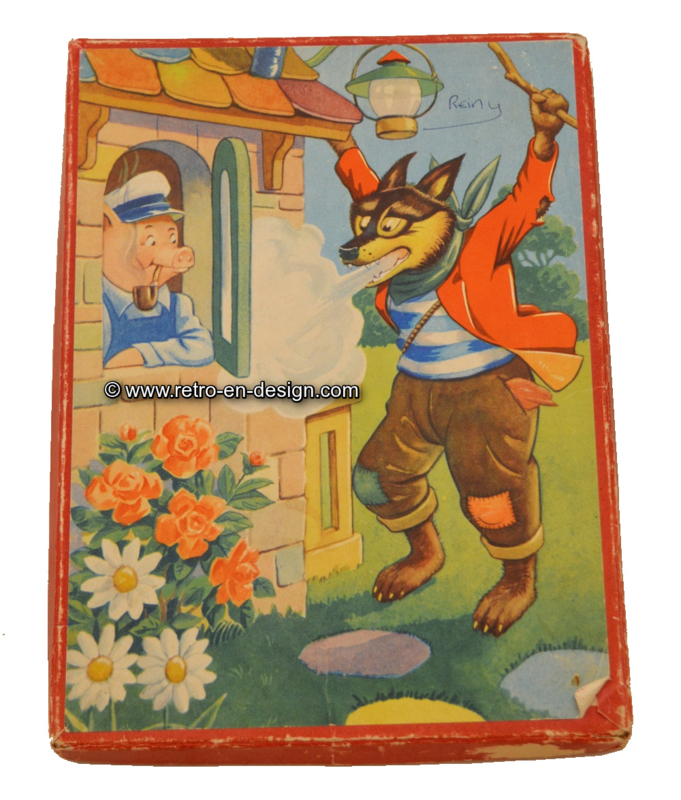 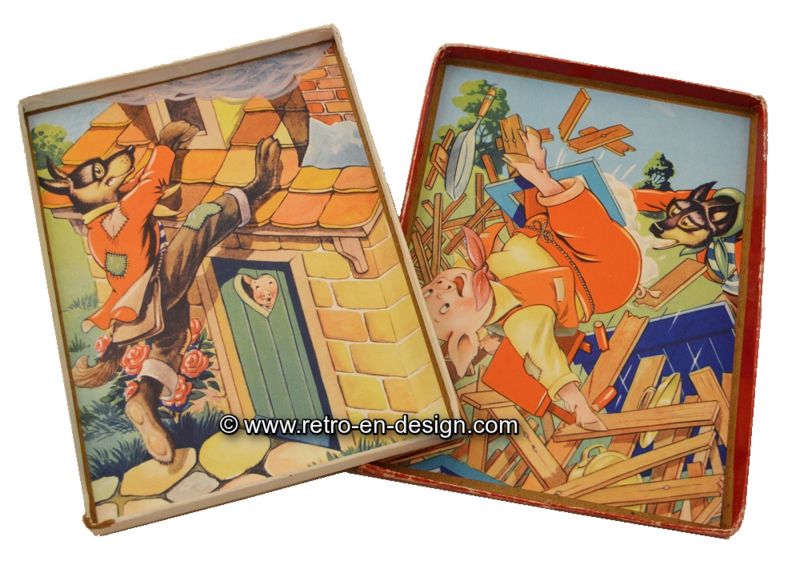 Vintage puzzles in one box "The big bad Wolf".

Three different puzzles with images from the tale "The three little pigs".

The Big Bad Wolf is a fictional wolf appearing in several cautionary tales that includes some of Aesop's Fables and Grimms' Fairy Tales.

The Three Little Pigs is a fable/fairy tale about three anthropomorphic pigs who build three houses of different materials. A big bad wolf blows down the first two pigs' houses, made of straw and sticks respectively, but is unable to destroy the third pig's house, made of bricks. Printed versions date back to the 1840s, but the story itself is thought to be much older. The phrases used in the story, and the various morals drawn from it, have become embedded in Western culture. Many versions of the Three little pigs have been recreated or have been modified over the years. Sometimes, making the wolf someone kind, and sometimes mean.