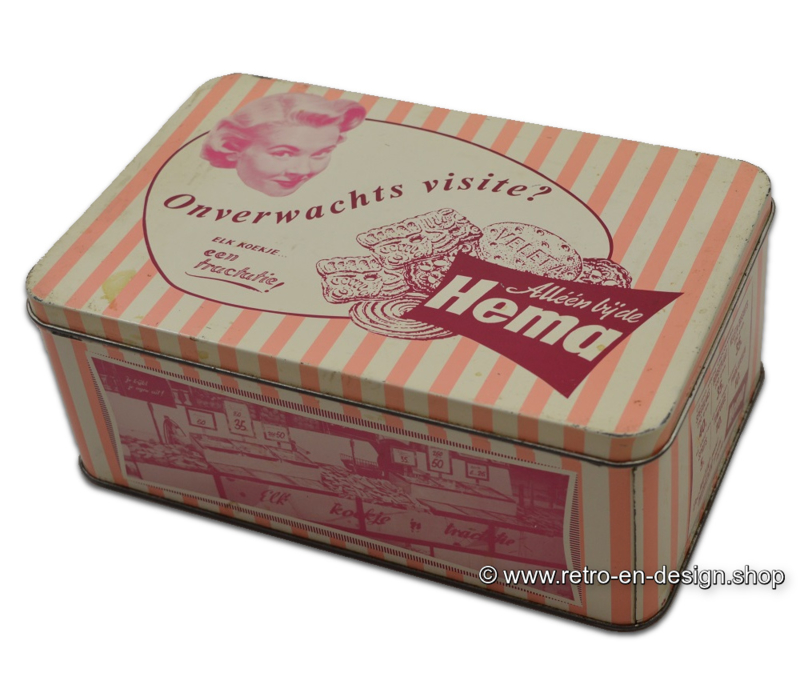 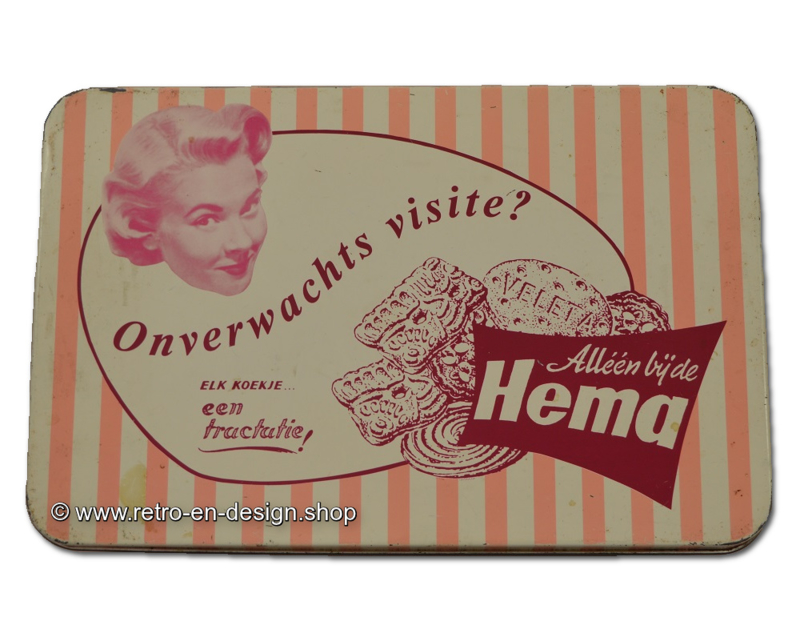 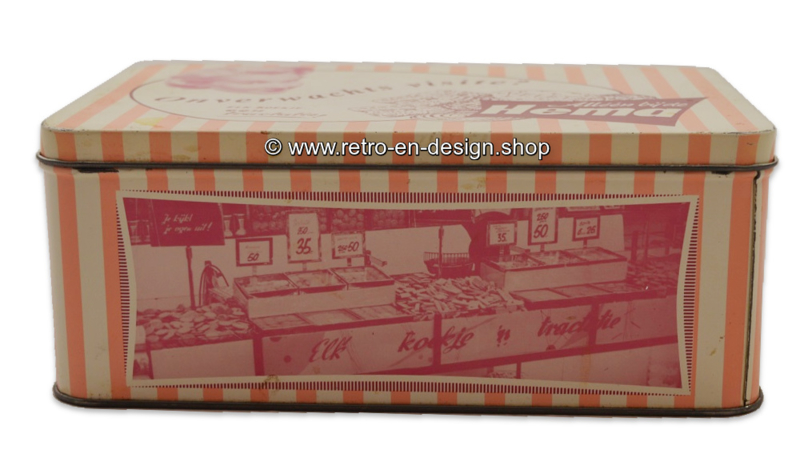 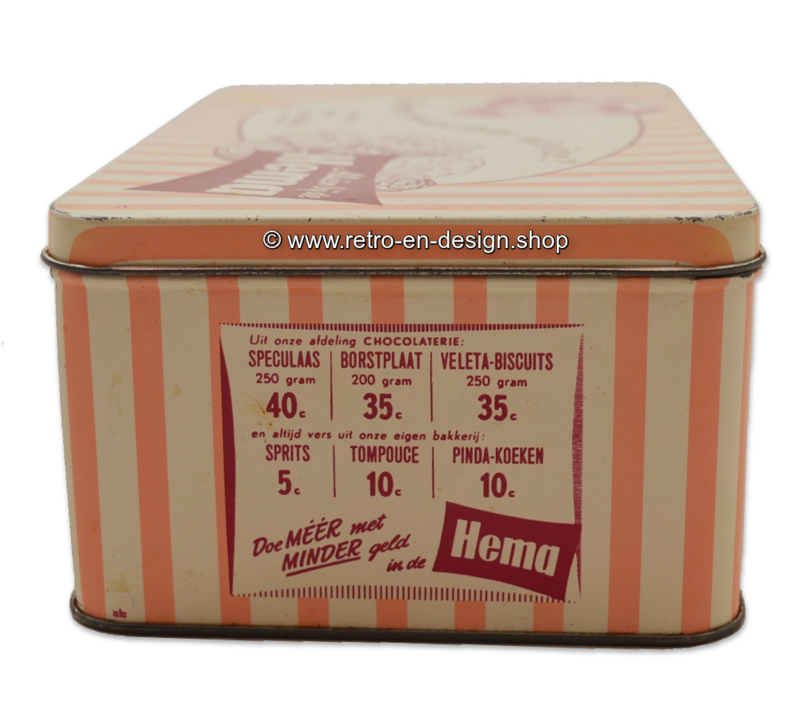 Pink tin box made by 'Hema' for biscuits. With photos of the old Hema shop interior. Equipped with a separate lid. Text on the lid: Unexpected visit? Every cookie ... a treat. Only at the Hema (translated).

On the sides of the tin are old commercials with the text: Do MORE with LESS money at the Hema (translated).

HEMA
HEMA originally an acronym for Hollandsche Eenheidsprijzen Maatschappij Amsterdam, ("Hollandic Standard Prices Company Amsterdam") is originally a Dutch discount retail chain that started life as a dimestore, owned by the British investment firm Lion Capital LLP since 2007. The chain is characterized by the relatively low pricing of generic housewares, which are mostly made by and for the chain itself, often with an original design.

The first HEMA opened in Amsterdam on 4 November 1926, set up by the owners of the luxury department store De Bijenkorf. Originally, as a price-point retailer at prime locations in town centers, goods were sold using standard prices (hence its name), with everything having a standard price of 10, 25 or 50 cents, and later also 75 and 100 cents. The relative economic boom in the Netherlands in the period 1900–1930 benefited HEMA.

After World War II, this model could not be sustained and the standard pricing system was abandoned. But a period of rapid expansion followed: now almost every town of any importance in the Netherlands has a HEMA. Locations carry a wide variety of goods, including clothing, food, bicycle equipment, gardening tools, and office supplies.

In June 2007 Lion Capital bought the chain from Maxeda. In 2010, standard pricing was reintroduced. In 2015, HEMA was for the 8th time in a row the most indispensable brand in the Netherlands.