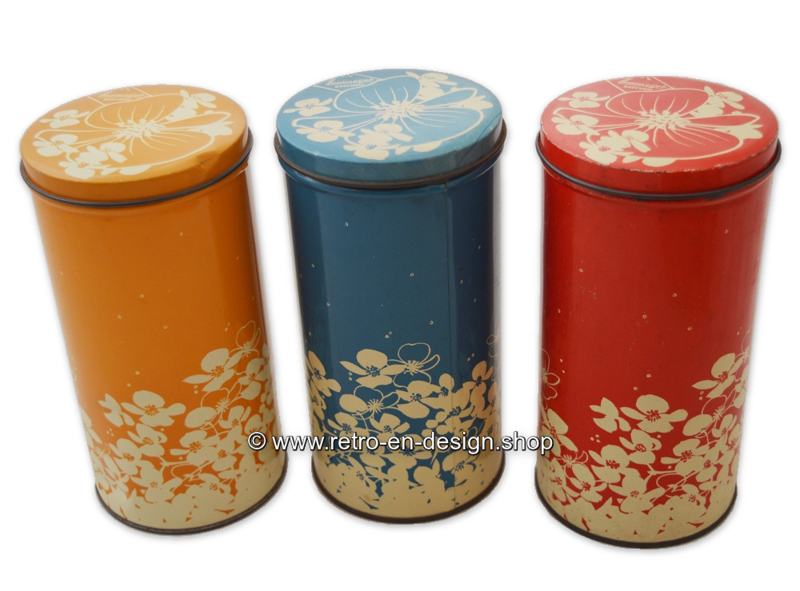 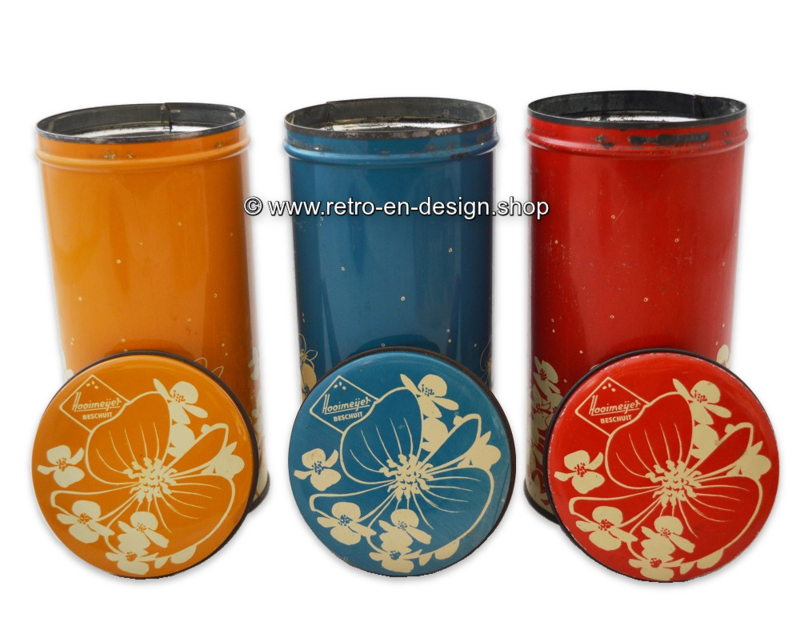 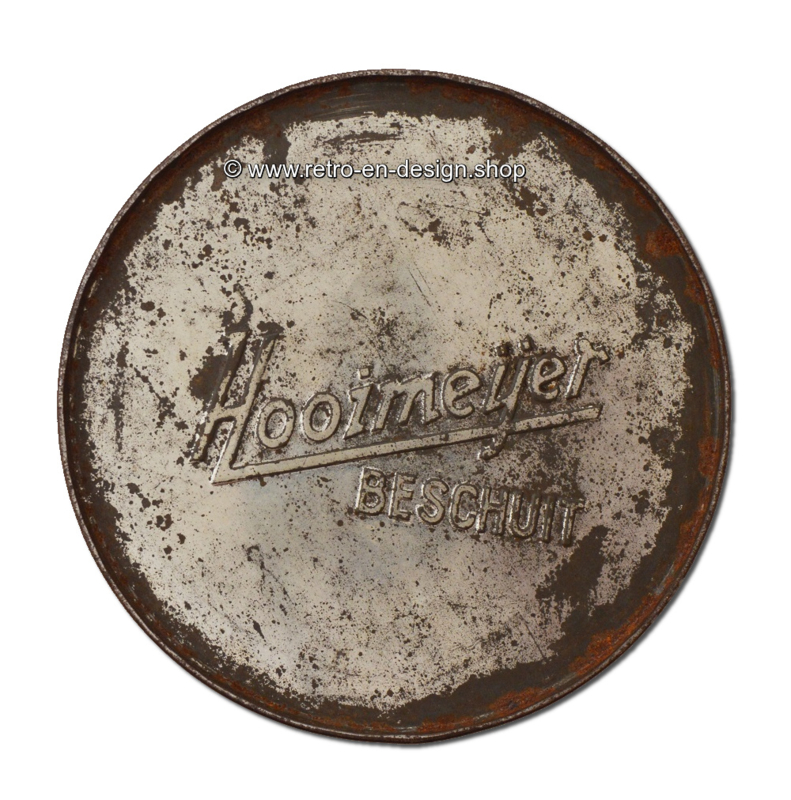 Description
Round tins with a separate lid. The decoration consists of an orange, red, and blue background with a border of white flowers at the bottom of the tin. On the lid a large flower with several small ones around it. Text on the lid in a diamond shape: "Hooimeijer beschuit".

Marked on the bottom with logo and text: "Hooimeijer Beschuit" (embossed)

There are two types of zwieback. One type is made by pinching round pieces of dough, placing one piece on top of another, pressing them together by pushing a finger down through both pieces. It is then baked and served as warm soft rolls. This type is identified with Mennonites. The other type is a bread sliced before it is baked a second time, which produces crisp, brittle slices that closely resemble melba toast.[1] Zwieback is commonly used to feed teething children and as the first solid food for patients with an upset stomach.

Slovene name is prepečenec which would imply backed over ordinary. Serbian name is dvopek which, again, is literally twice (dvo) backed (pek).