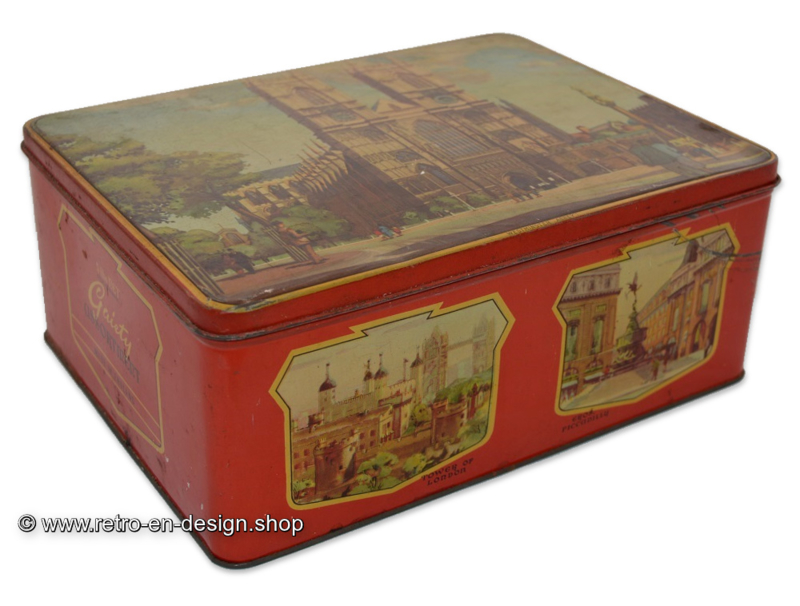 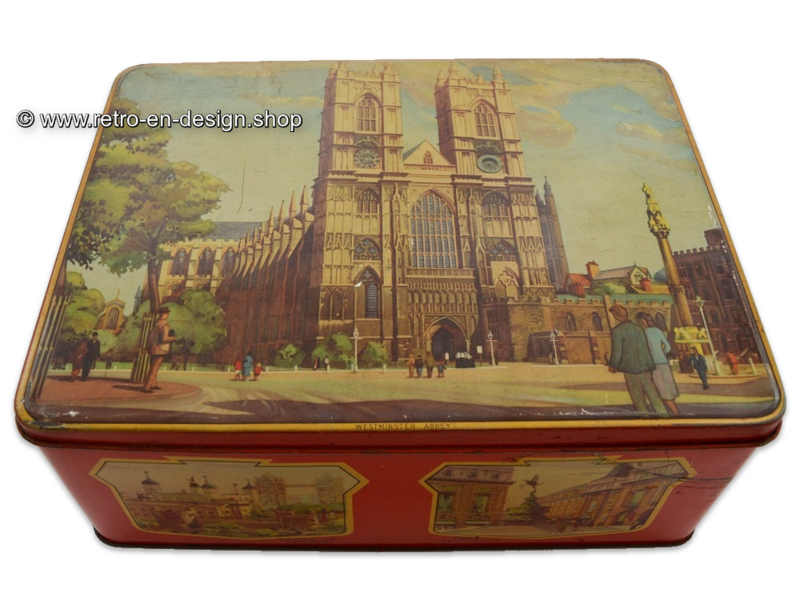 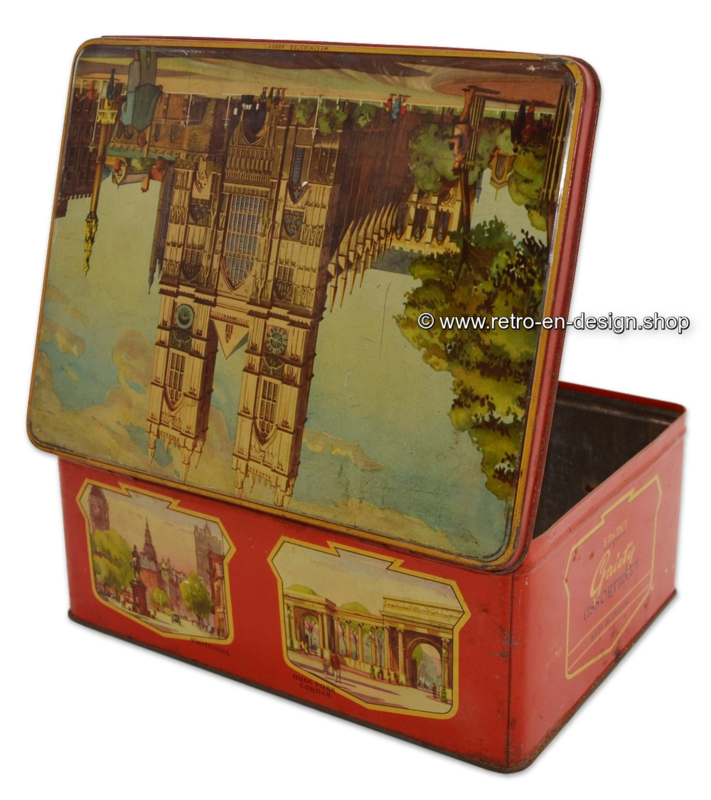 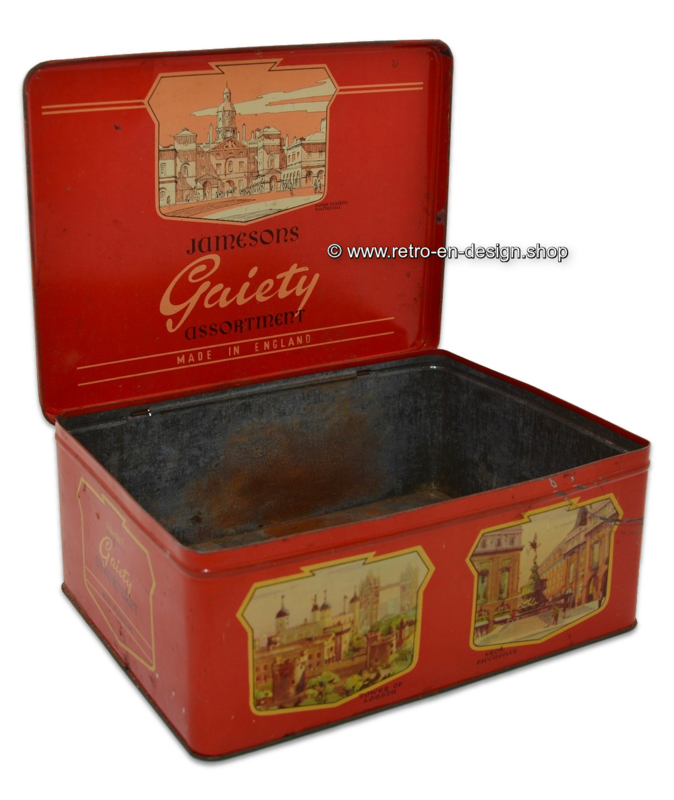 Vintage Jamesons chocolate tin with an image of Westminster Abbey

Description
Large rectangular vintage tin with hinged lid. The decoration of this tin consists of a red background with various images of London. On the lid is a large image of the Westminster Abbey. On the long sides of this tin there are images of the London Tower, Whitehall, Hyde Park Corner, and Eros Piccadilly.

The short sides of this tin show the text: 5 lbs Net, including wrappers. Gaiety assortment Made in England.

On the inside of the lid is a picture of the Horse Guards. Horse Guards is a historic building in the Westminster district of London, between Whitehall and Horse Guards Parade.

Condition
This tin is in an original vintage condition with traces of use and wear.

Westminster Abbey, formally titled the Collegiate Church of St Peter at Westminster, is a large, mainly Gothic abbey church in the City of Westminster, London, England, just to the west of the Palace of Westminster. It is one of the United Kingdom's most notable religious buildings and the traditional place of coronation and burial site for English and, later, British monarchs. The building itself was a Benedictine monastic church until the monastery was dissolved in 1539. Between 1540 and 1556, the abbey had the status of a cathedral. Since 1560, the building is no longer an abbey or a cathedral, having instead the status of a Church of England "Royal Peculiar"—a church responsible directly to the sovereign.