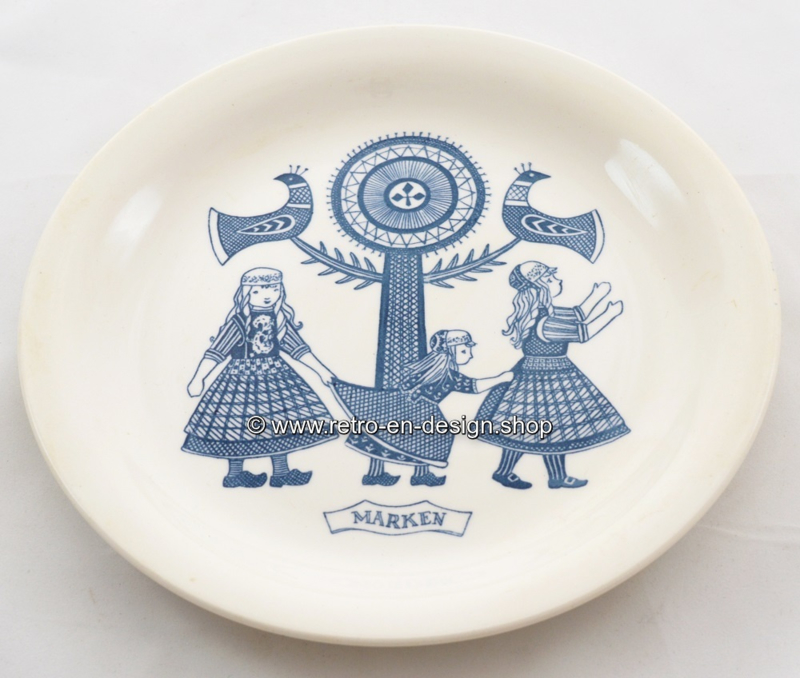 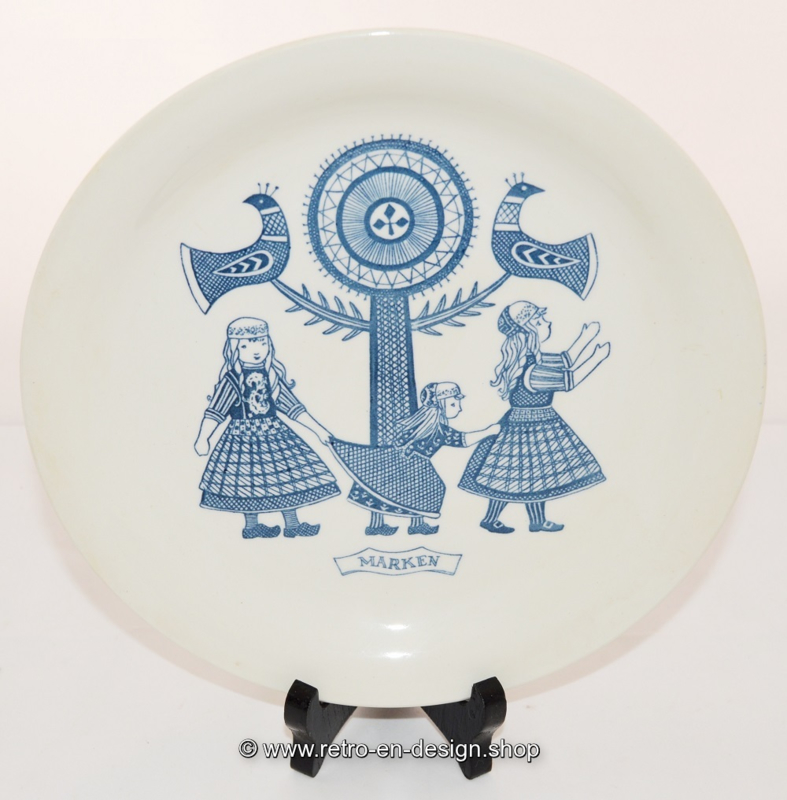 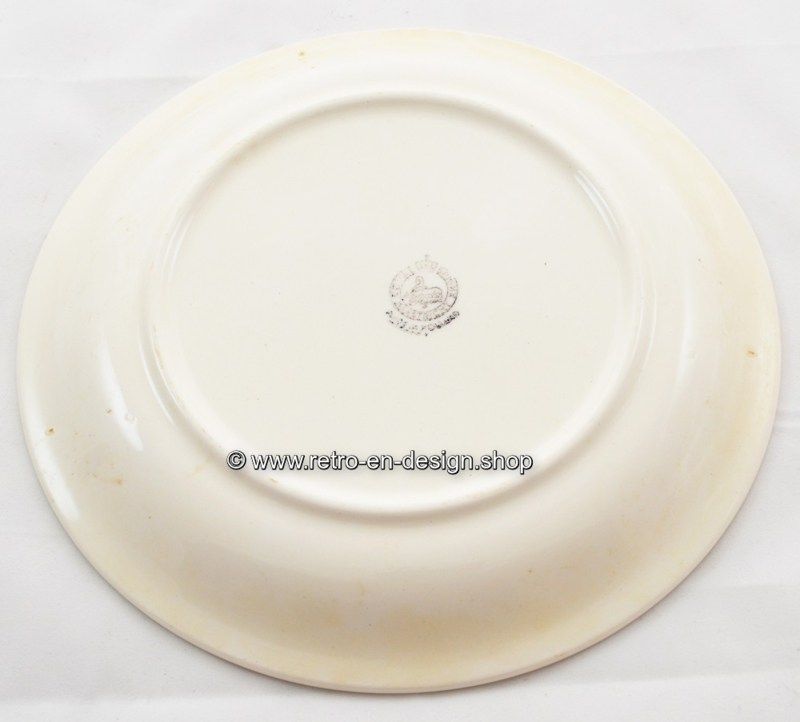 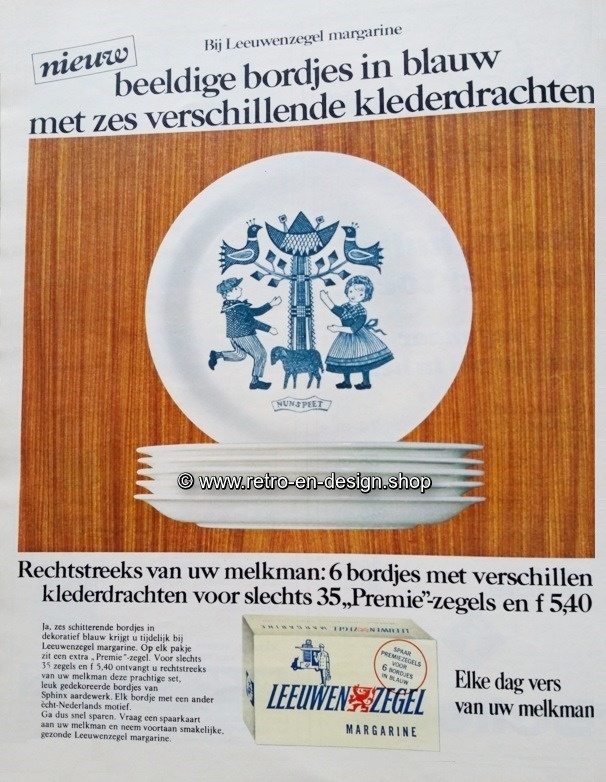 Vintage breakfast plate with an image of Marken and regional costume, Maastricht, 1961-1962

Vintage breakfast plate with an image of Marken and regional costume, Maastricht, 1961-1962.

White breakfast plate with in blue a picture of figures in Marken costume, made by Maastricht Pottery.

Description
Breakfast plate with an image of regional costume. Created by Royal Sphinx Maastricht in the early sixties. This copy concerns a plate with a decoration from the municipality of Marken, the image of which shows three girls.

This plate originates from a series of six and could be collected by saving the stamps that were given on the package of margarine. The total number of place names from this series of signs consists of six pieces;

Condition
Lovely plate and although more than 55 years old, still in a very nice condition. No damage, no cracks.

Marken is a village with a population of 1,810 located in the municipality of Waterland in the province of North Holland, Netherlands. Marken forms a peninsula in the Markermeer and was formerly an island in the Zuiderzee. The characteristic wooden houses of Marken are a tourist attraction.