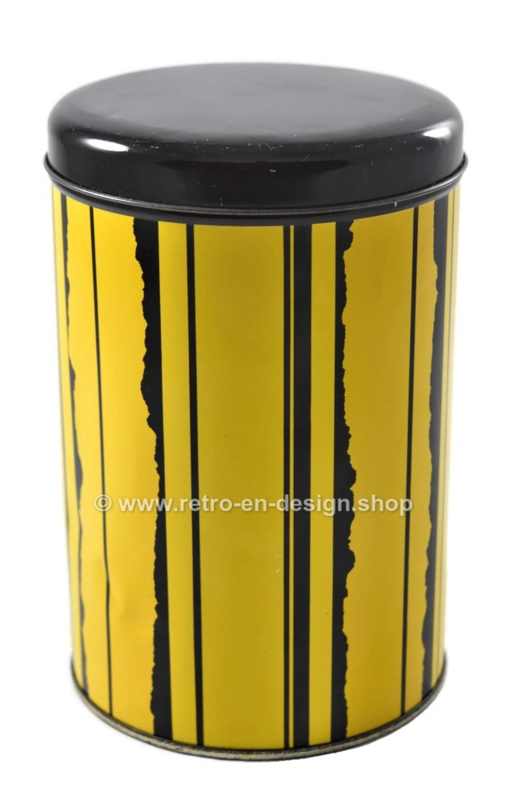 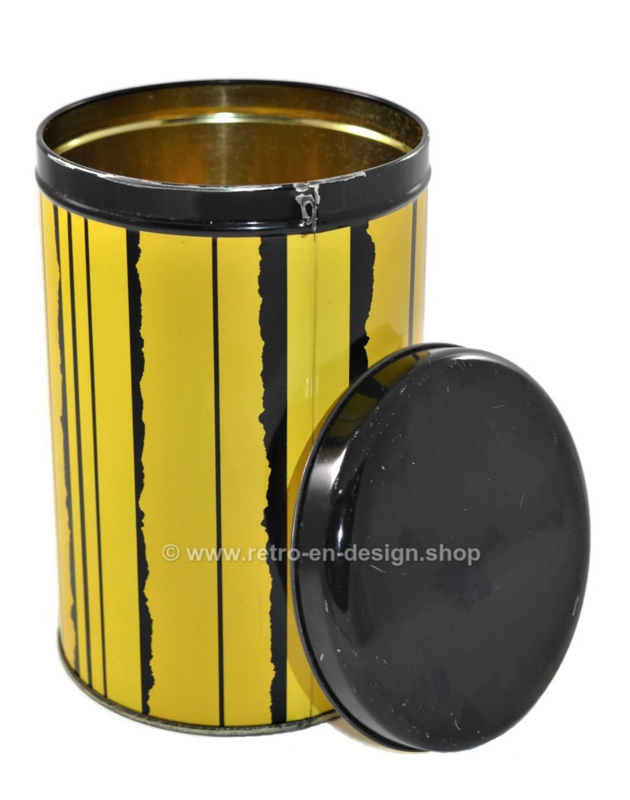 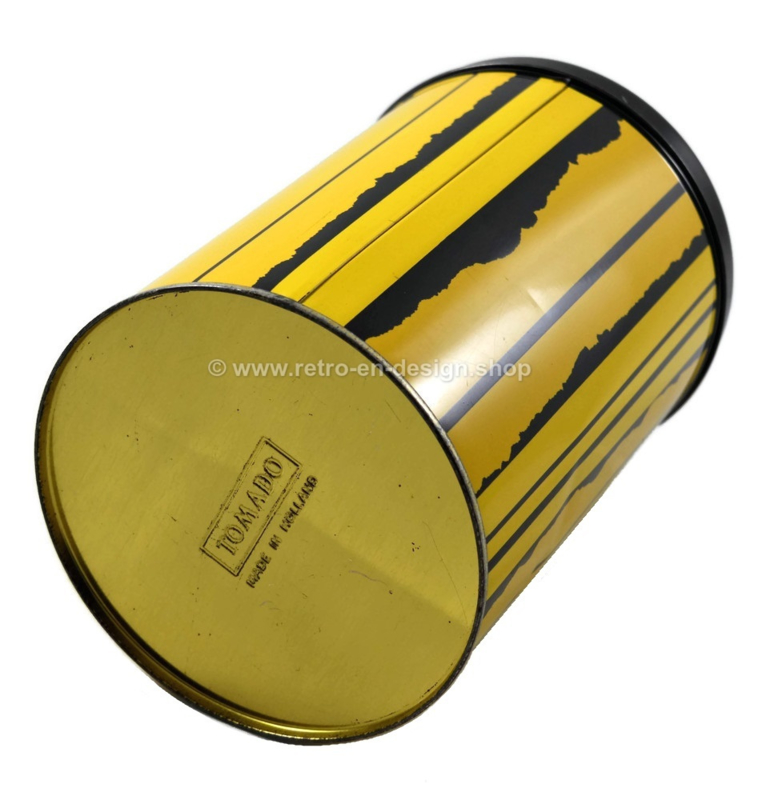 Vintage round tin by Tomado. Yellow with black stripes

Vintage round tin by Tomado. Yellow with black stripes.

Description
High round tin made by Tomado with a separate black lid. The decoration of this tin consists of a yellow surface with a black stripes pattern, which shows reminiscent of a tree trunk. Equipped with a longitudinal seam and embossed on the bottom with the company name "Tomado".

Condition
This tin is in a neat vintage condition with some traces of use and age-related traces of wear.

The company was founded in Dordrecht in 1923 by the Van der Togt brothers. Tomado stands for Van der Togt Massa Articles Dordrecht. Originally, it was a small company that produced simple wallpaper brackets made of copper wire, which could be used mount photos on wallpaper. After the Dutch Association of Housewives gave the company the assignment to develop a metal drainer it started to grow and soon a factory in Zwijndrecht was opened.

After the Second World War the reconstruction period began in which Tomado-products symbolized the modern housekeeping. They became very popular and almost every household possessed one or more Tomado products. Due to the popularity of the brand, the company grew rapidly in the 1950s.

Popular products mainly concerned Tomado racks made of iron wire which came in the colors white, black, red, yellow and blue, reminding of the creations of Gerrit Rietveld and Piet Mondriaan. Very well known were the bookshelves with supports of wire steel and metal shelves in different pastel colors. These are great collector's items at this moment.

Country of origin
The netherlands

Quality
Vintage with minor traces of use