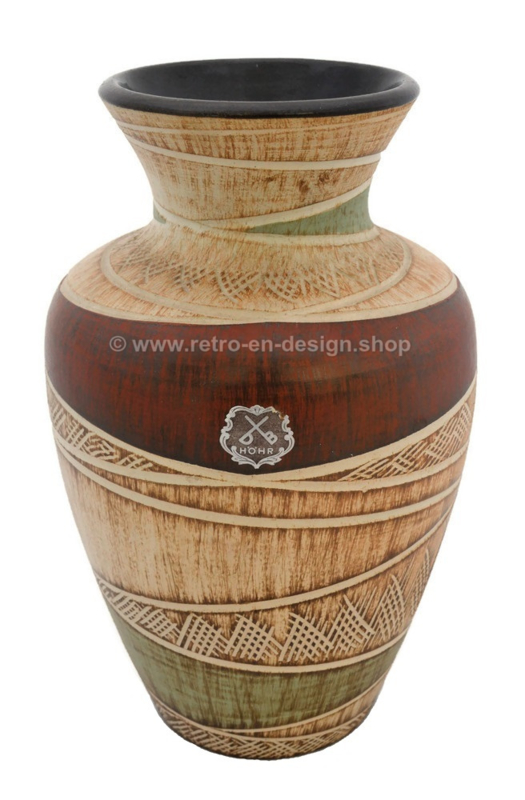 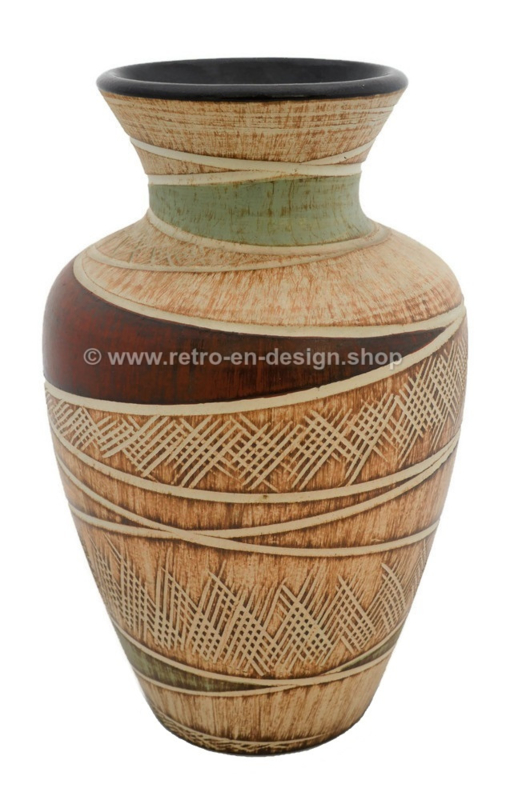 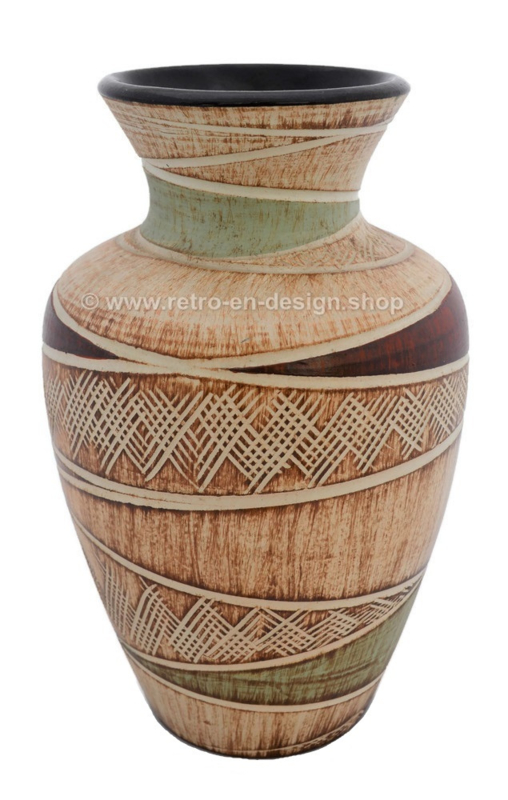 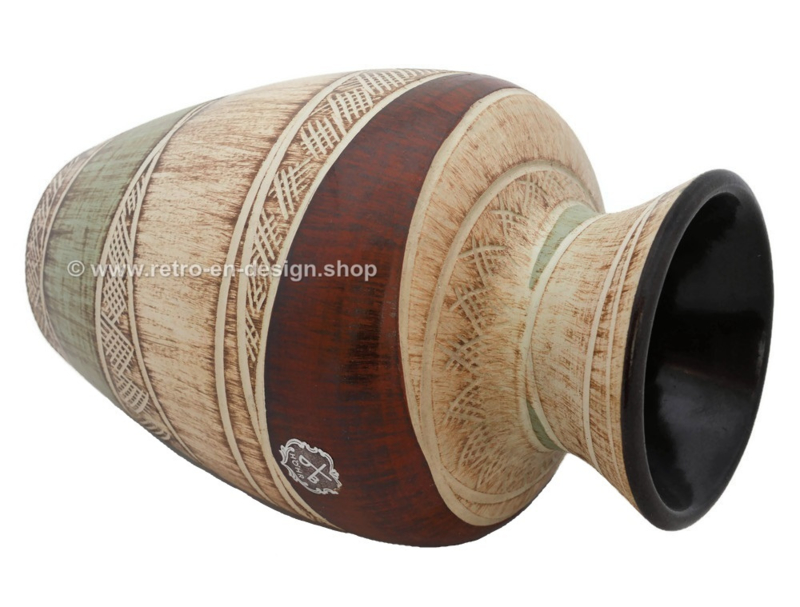 Description
This beautiful vase made by Dümler & Breiden is decorated with diagonal lines with shades of brown, beige and green. The vase is in a very nice vintage condition without cracks or chips. The vase is signed at the bottom with Germany 181 T 25 (model number 181) and two digits (to indicate the height of the vase). On the front, there is a sticker with the name HÖHR. This is the well-known silver foil label from Dümler & Breiden.

Höhr-Grenzhausen is a town in the German federal state of Rhineland-Palatinate, and is part of the Westerwald district.

This vase will be carefully packed and shipped at all times!

Condition
This vintage West-Germany earthenware vase is in excellent condition without damage.

Peter was a designer and trained by Reinhold Hanke and Simon Peter Gerz. Albert, trained by his uncle S.P. Gerz, was responsible for the company. Peter died in 1907 and Albert took over the company with the help of Bertha, Peter's widow. Paul Dümler, Peter's son, followed in his father's footsteps and designed the Terra Sigillata series (this work was based on the style of the ancient Roman pottery).

In the beginning, a lot of traditional pottery was produced such as beer jugs, punch bowls, and cups. After the war, during the 'ceramic tree' of the 50s and 60s, the company experienced a period of strong growth. From 1930 to the end of 1980, D&B was one of the leading ceramic factories.

The quality of most vases is very high. They never let a vase leave the factory where something was wrong. Dümler & Breiden was very successful but lagged behind the market leaders of that time, Ruscha and Scheurich. The company closed its doors in 1995.