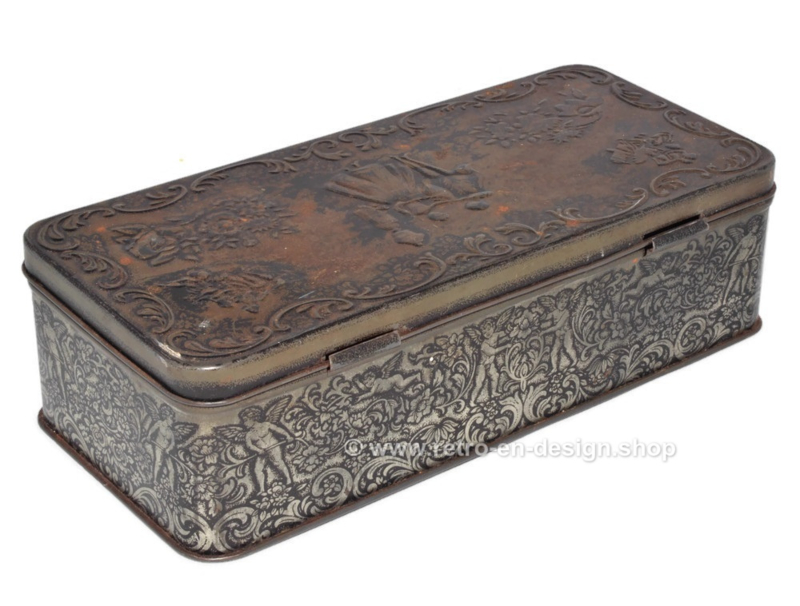 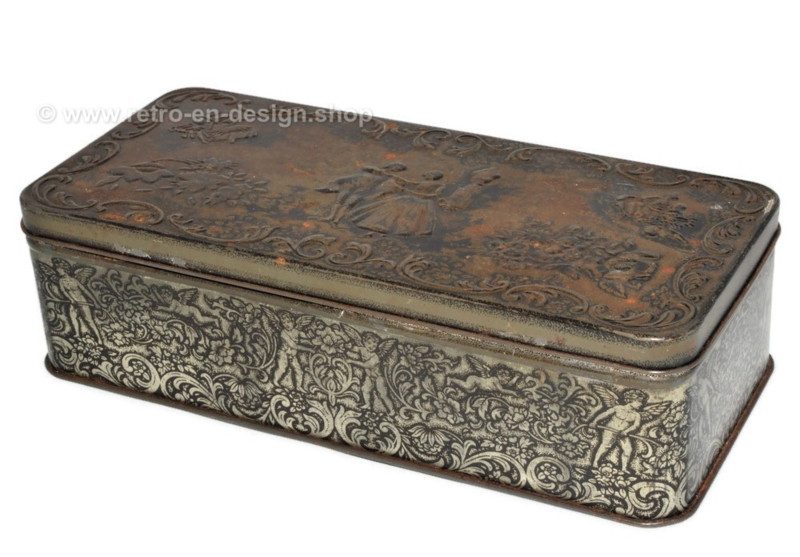 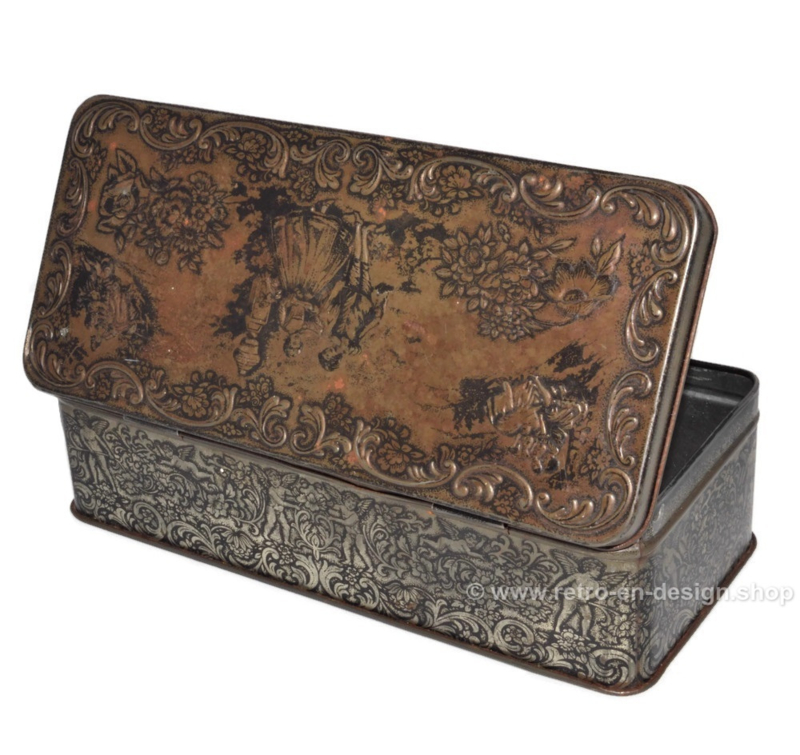 Description
Rectangular vintage tin with a hinged lid with rolling edge. The lid shows embossed decorations with details of flowers and couples in love, men and women.

This tin box is richly decorated with various decorations. Cupids are on the corners and in the center of the sides.

The bottom of tin has the text: Designed By Daher Long island N.Y. Container Made in England.

Condition
This tin is in a weathered vintage condition with a beautiful patina. The tin shows traces of use and age-related traces of wear.

In art, Cupid often appears in multiples as the Amores, or amorini in the later terminology of art history, the equivalent of the Greek erotes. Cupids are a frequent motif of both Roman art and later Western art of the classical tradition. In the 15th century, the iconography of Cupid starts to become indistinguishable from the putto.

Cupid continued to be a popular figure in the Middle Ages, when under Christian influence he often had a dual nature as Heavenly and Earthly love. In contemporary popular culture, Cupid is shown drawing his bow to inspire romantic love, often as an icon of Valentine's Day.

Brand
Container made in England