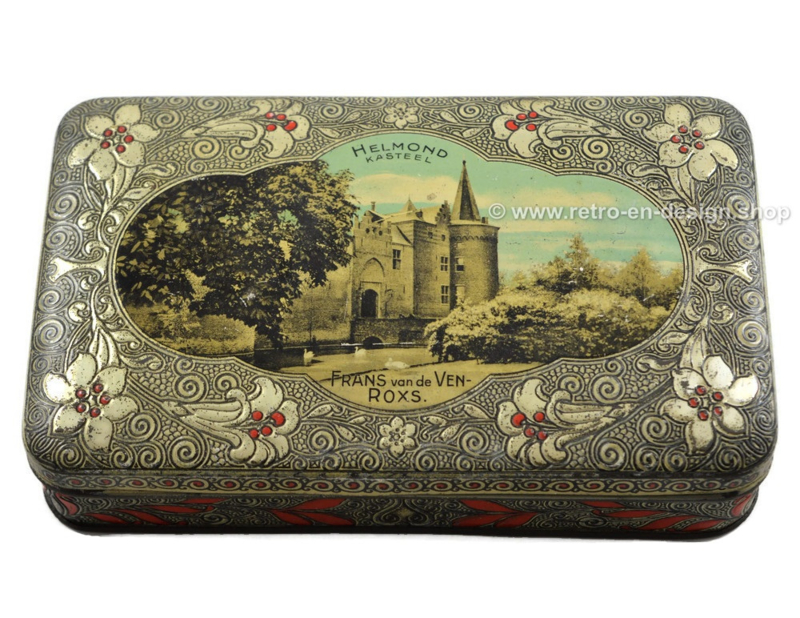 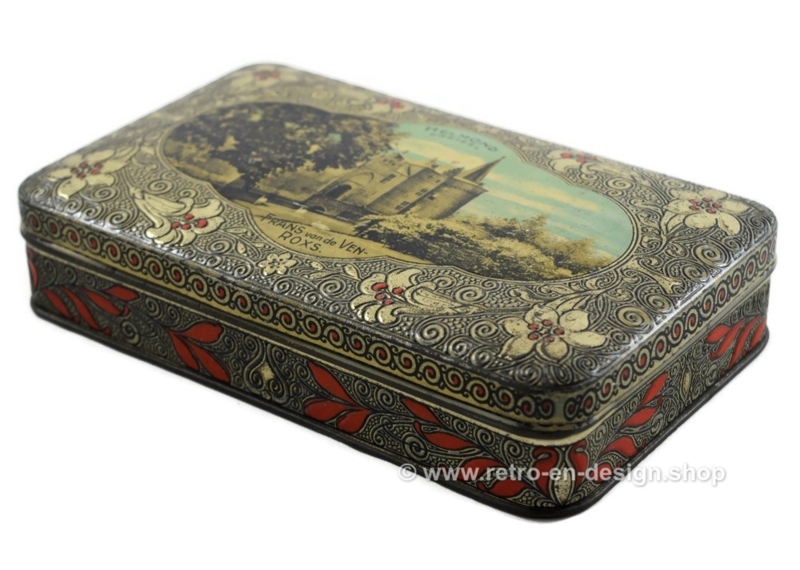 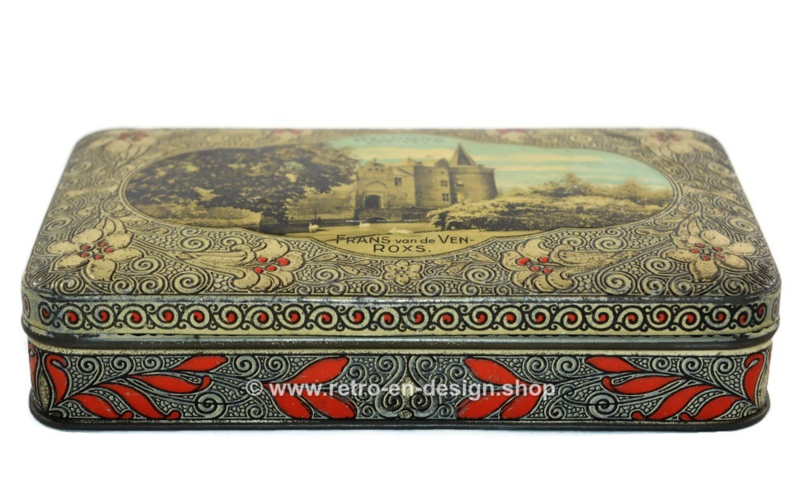 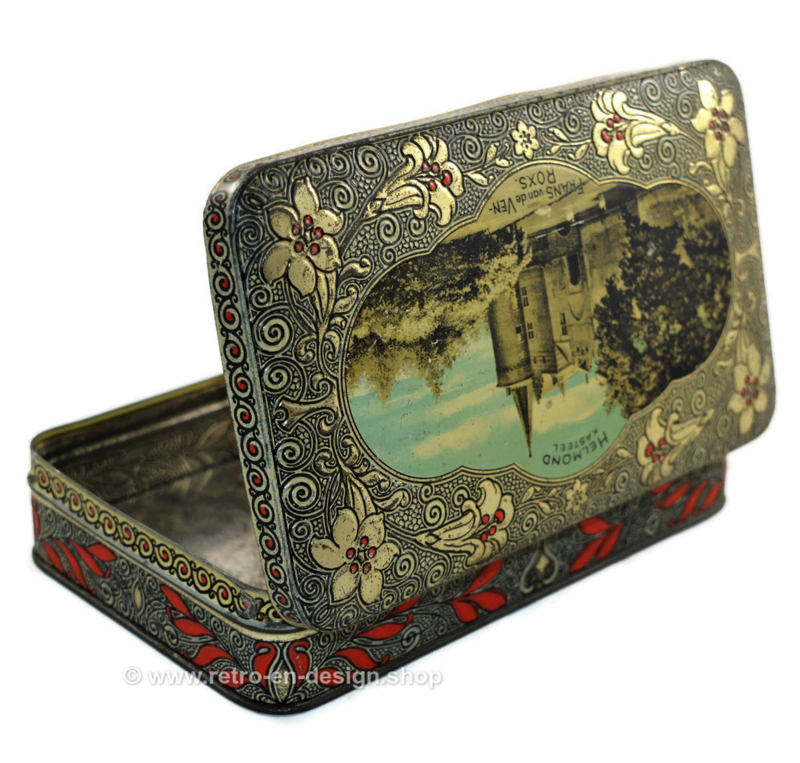 Old vintage tin drum with an image of the HELMOND Castle

Old vintage tin drum with an image of the HELMOND Castle.

Description
Beautiful rectangular tin which is equipped with hinged lid. The lid is decorated with various ornate embossed flowers with red details. On top of the lid, a very nice image of castle Helmond with the text FRANS van the VEN-ROX.

The sides of this tin are also embossed and have various decorations including leaves with red details.

Condition
This tin is in a neat vintage condition with normal traces of use and age-related traces of wear.

Kasteel Helmond
Helmond Castle is a square medieval moated castle in the center of the city of Helmond, in the Dutch province of North Brabant.

The construction of the current castle started around 1325. It was used as a replacement for an older castle (known as' t Oude Huys), which stood a few hundred meters west of the present castle, and whose excavations in 1981 uncovered the foundations of a stone keep and objects.

In the twelfth century, the area around Helmond was part of the belongings of the van Hornes. The current castle was initially owned by the van Berlaer family. In 1433 this family was succeeded by the Cortenbach family. In 1683 the castle was transferred by marriage to the Arberg family. The mint master Carel Frederik Wesselman bought the glory with the castle Helmond in 1781.

In 1549 a fierce fire raged in the castle, in particular, the west wing and the roofs of the building were damaged. Complete destruction has certainly not taken place. Evidence of this has been found in subsequent renovations in the 20th century.

In 1921, the ownership of the castle was transferred to the municipality of Helmond on the condition that the castle would only be used for municipal administration or for other public utility. From 1923, after a thorough renovation, the castle was used as a town hall. The space became too small in the 70s of the last century. Museum Helmond has been located in the castle since 1982. The castle is also used as a wedding location.