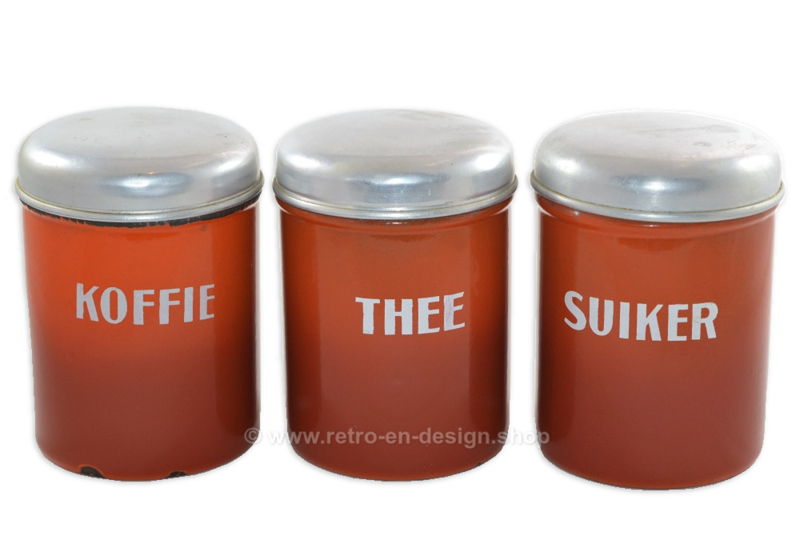 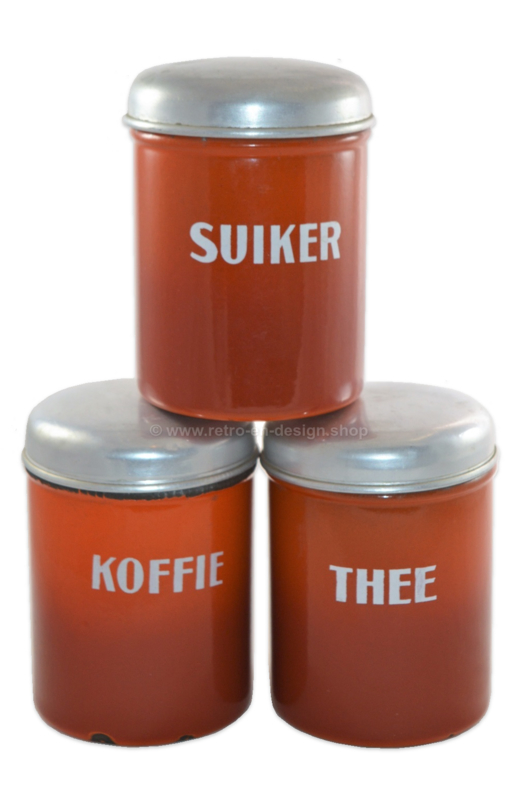 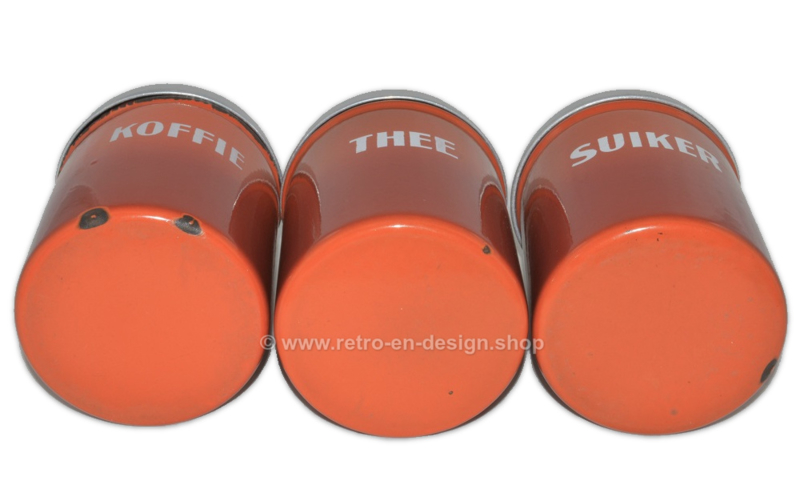 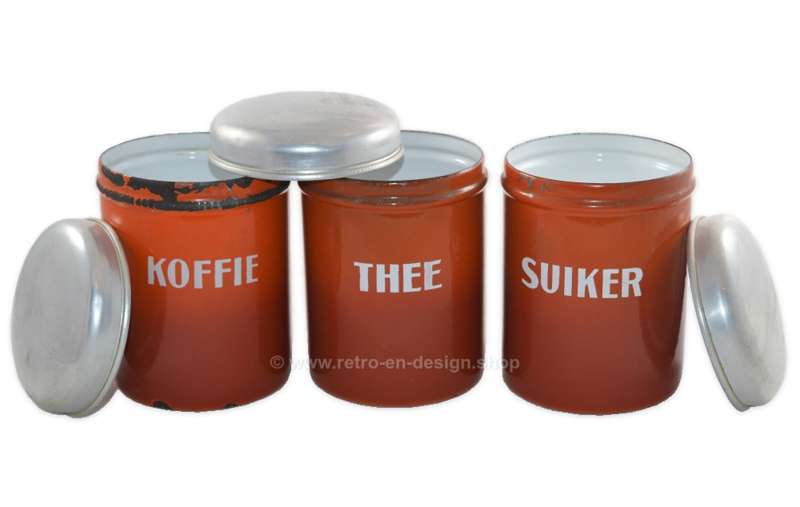 Description
Set of three round orange-brown enamel storage containers for Coffee, Tea and Sugar. These tins are equipped with loose cover lids. The decoration of these tins consists of an orange-brown background that goes from dark to light in a so-called shadow effect. Tough white capital letters in enamel on the front. White interior.

These storage containers come in old-fashioned heavy quality and are from the 1950s / 1960s.

Condition
These sturdy enamel storage canisters are in a vintage condition with traces of use and age-related traces of wear.

Enamel.
Vitreous enamel, also called porcelain enamel, is a material made by fusing powdered glass to a substrate by firing, usually between 750 and 850 °C (1,380 and 1,560 °F). The powder melts, flows, and then hardens to a smooth, durable vitreous coating on metal, or on glass or ceramics.

The term "enamel" is most often restricted to work on metal. Enameling is an old and widely adopted technology.

Brocante
The word "Brocante" is originally a French word and literally means "second-hand" or "flea market." The more common English word would probably be "Bric-a-Brac". Brocante often refers to products with an old and used appearance, such as an old semi-antique cupboard, table or mirror. Brocante is often old and has a weathered character. Brocante is not old enough to be seen as antiques. Antiques must be at least 50 years old. There are two types of brocante: old and new brocante.

Old brocante market is, as the word suggests, old, used and lived through. The paint is peeling off, cracks are visible or the legs are crooked. This gives the old brocante their characteristic and weathered appearance, which brings a rural atmosphere. This gives brocante a casual and rural atmosphere to the interior, which makes it very popular. These small "flaws" are also a difference with respect to antiques, where this kind of "defects" are not desired and are often repaired.

Kind of object
Storage containers for Coffee, Tea and Sugar

Quality
Brocante/antique with traces of wear and tear