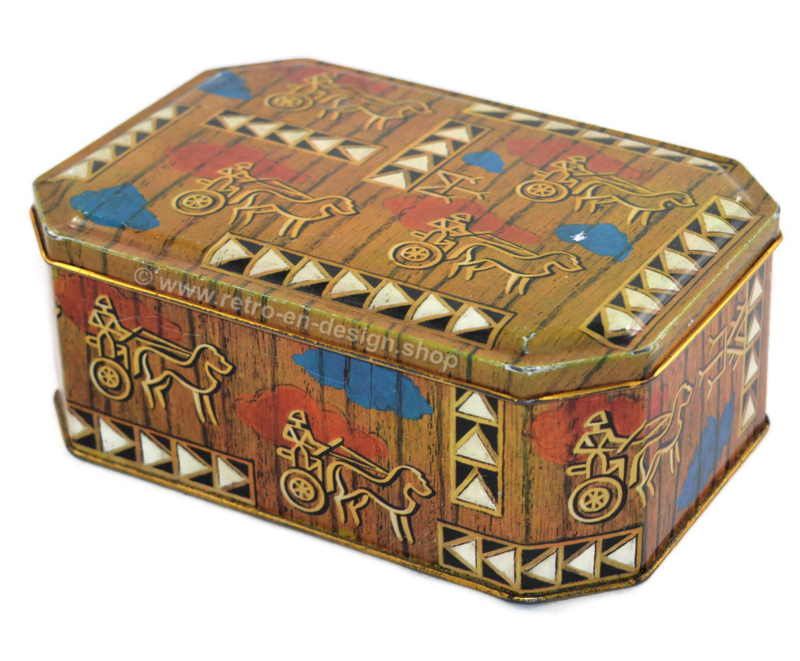 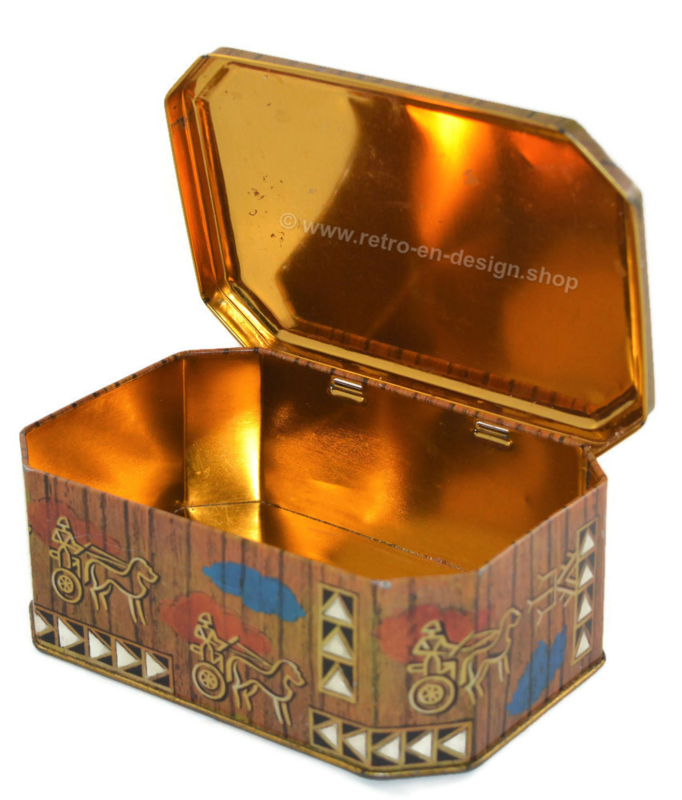 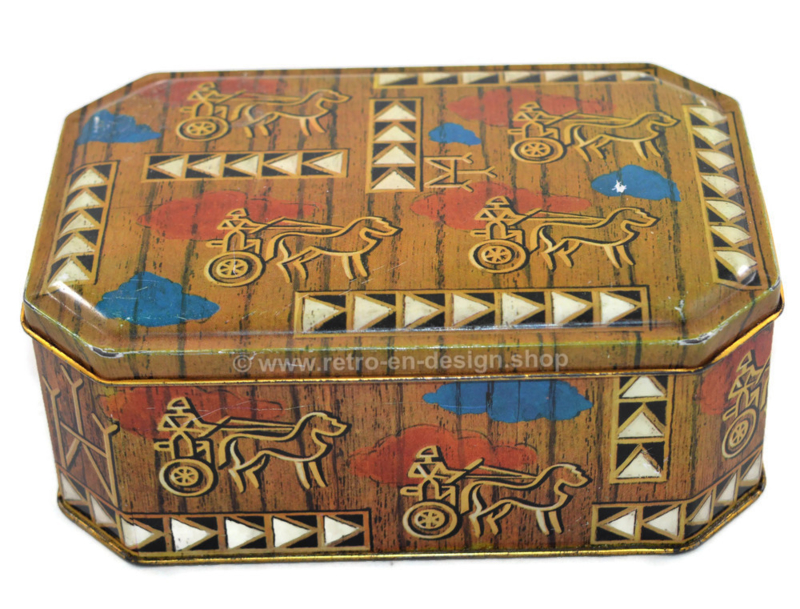 Description
Rectangular tin box equipped with hinged lid with a rolled edge. The decoration of this tin consists of a brown woody background with various details in white, red and blue.

Both on the lid and on the box various white arrows on a black background in different directions. Clouds in red and blue. Stylized chariots with a horse. Golden interior. Rolled edge at the bottom.

A chariot is a type of carriage driven by a charioteer, usually using horses to provide rapid motive power. Chariots were used by armies as transport or mobile archery platforms, for hunting or for racing, and as a conveniently fast way to travel for many ancient people.

The word "chariot" comes from the Latin term carrus, a loanword from Gaulish. A chariot of war or one used in military parades was called a car. In ancient Rome and some other ancient Mediterranean civilizations, a biga required two horses, a triga three, and a quadriga four.

The chariot was a fast, light, open, two-wheeled conveyance drawn by two or more horses that were hitched side by side, and was little more than a floor with a waist-high guard at the front and sides. It was initially used for ancient warfare during the Bronze and Iron Ages; but, after its military capabilities had been superseded by cavalry, as horses were gradually bred to be bigger, the chariot was used for travel, in processions, for games, and in races.

The critical invention that allowed the construction of light, horse-drawn chariots was the spoked wheel. The earliest spoke-wheeled chariots date to ca. 2000 BC. The use of chariots peaked around 1300 BC