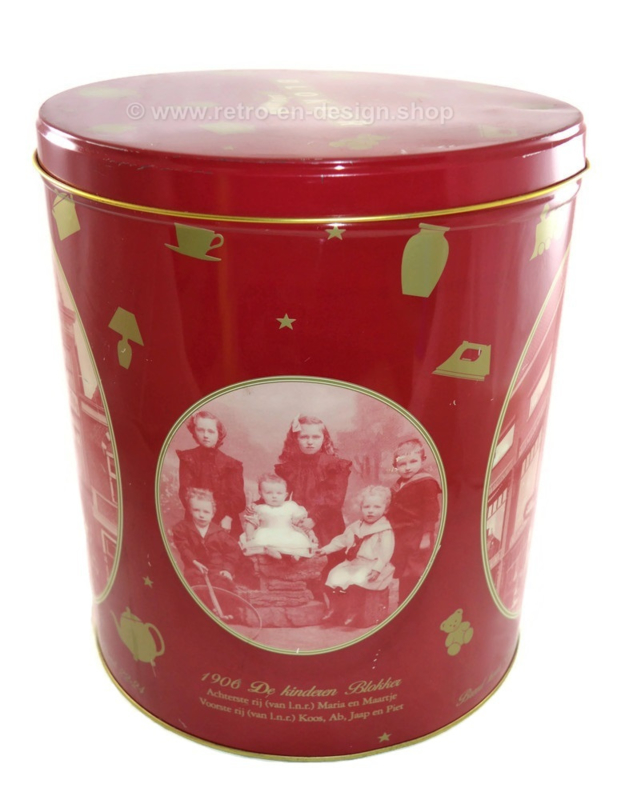 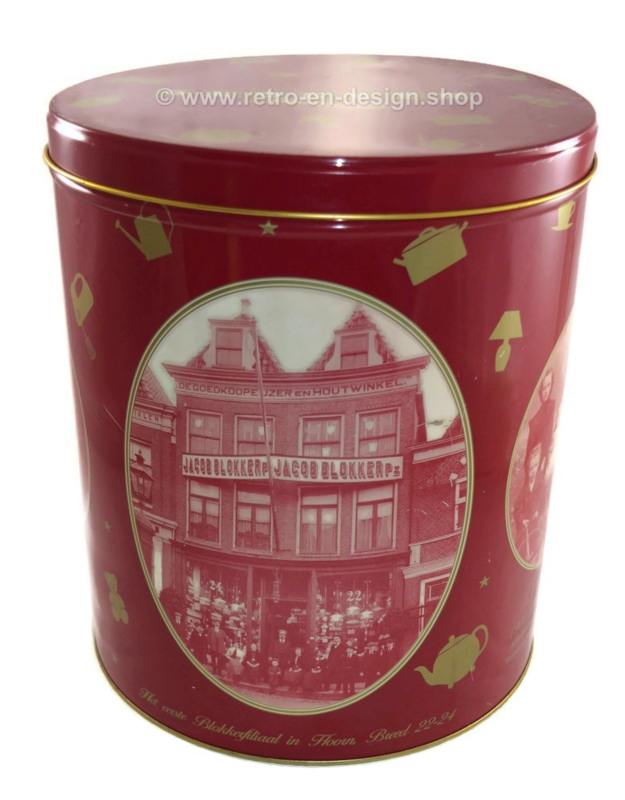 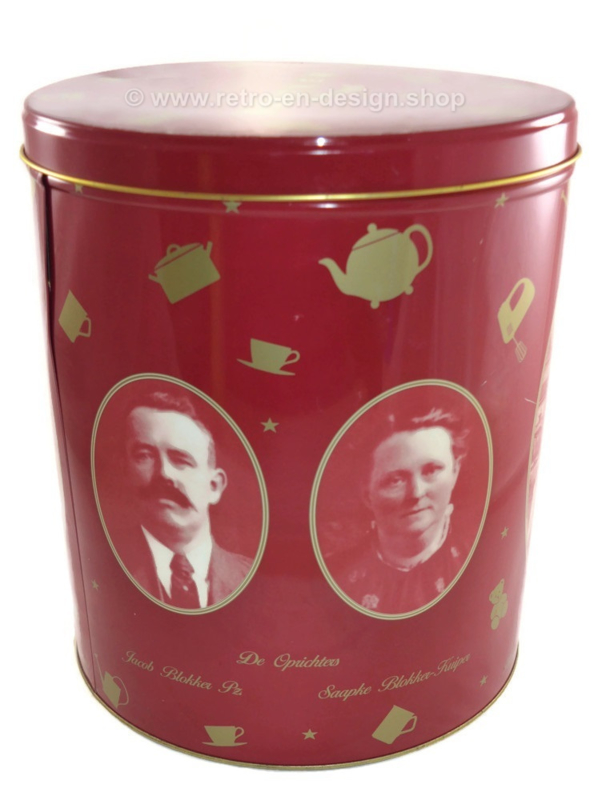 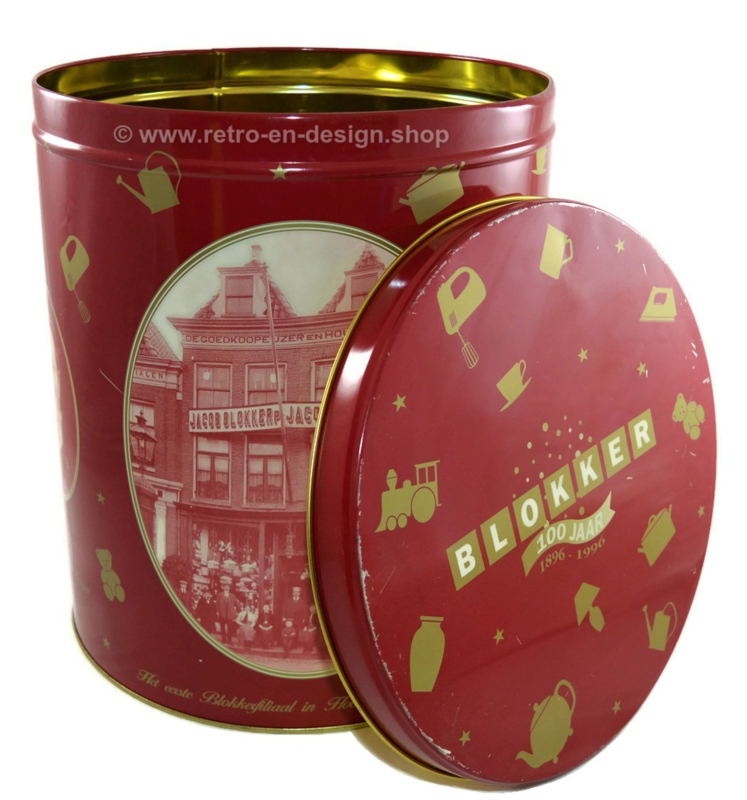 Description
Large size anniversary tin for 100 years blokker 1896 - 1996. This large round tin is equipped with a loose lid. The decoration of this tin consists of a dark red background with gold-colored details in the form of household items, kitchen utensils, and toys. On the lid the well-known blokker logo built from the company name in square blocks. Underneath in a banner the text 100 years and the years 1896 - 1996.

On the side of the can we see various old nostalgic images of, among others, the first Blokker store, the cheap Iron and Wood store in Hoorn. Two pictures in an oval medallion by the founders Jacob Blokker and his wife Saapke Kuiper. A family photo of the Blokker children from 1906 and the old Blokker building on the corner of the Breed and the Veemarkt from 1923.

Condition
This tin is in good condition with normal traces of use and age-related traces of wear.

Blokker
On April 25, 1896, Jacob Blokker and his wife, Saapke Kuiper, set up the cheap iron and wood store in Hoorn. The shop, at Breed 22, grew rapidly and expanded at Breed with several buildings, including number 12. In 1923, an old building on the corner of Breed and Veemarkt was purchased in which a, for that time, capital shop popped up.

From the 1930s, their four sons opened various other stores in the Randstad under the name Gebroeders Blokker. That tradition was continued by their descendants, as a result of which Blokker grew into a national, and ultimately international, retail chain. In recent years, Blokker has repaired or reconstructed the historic shopfront in several locations of the premises in which their stores are located, including Hoogstraat in Rotterdam and Hoogstraat in Wageningen.