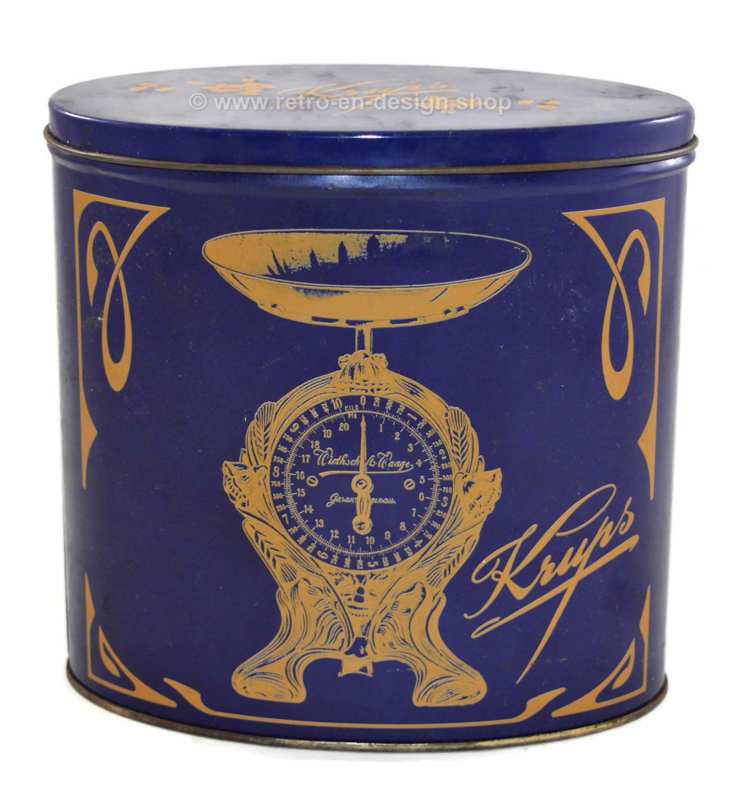 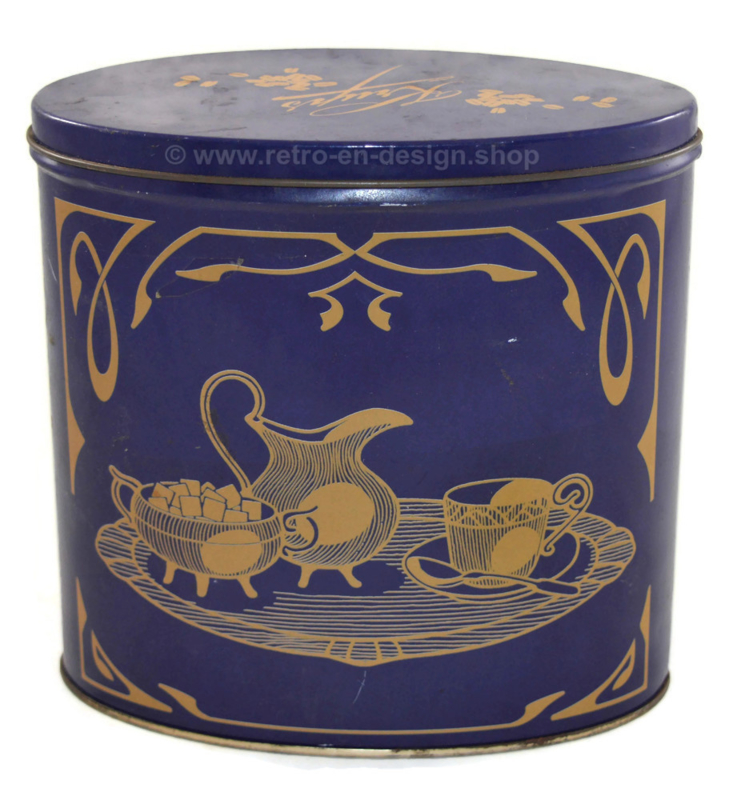 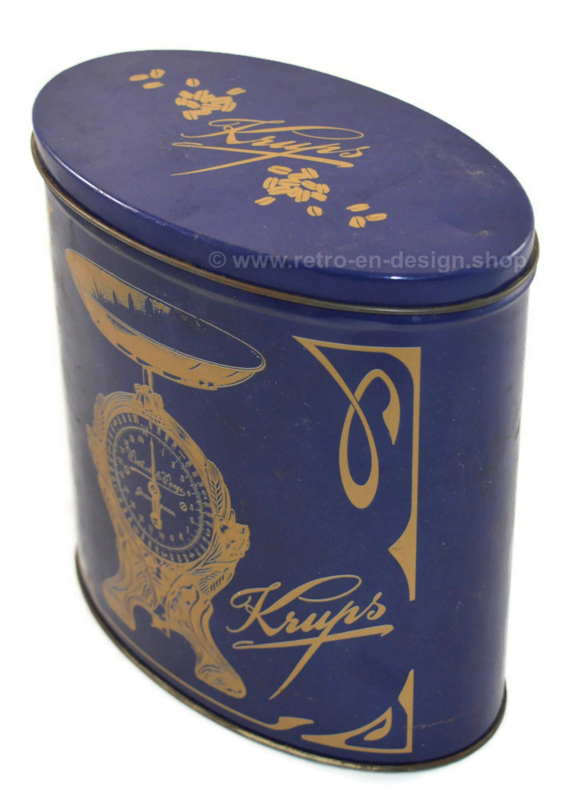 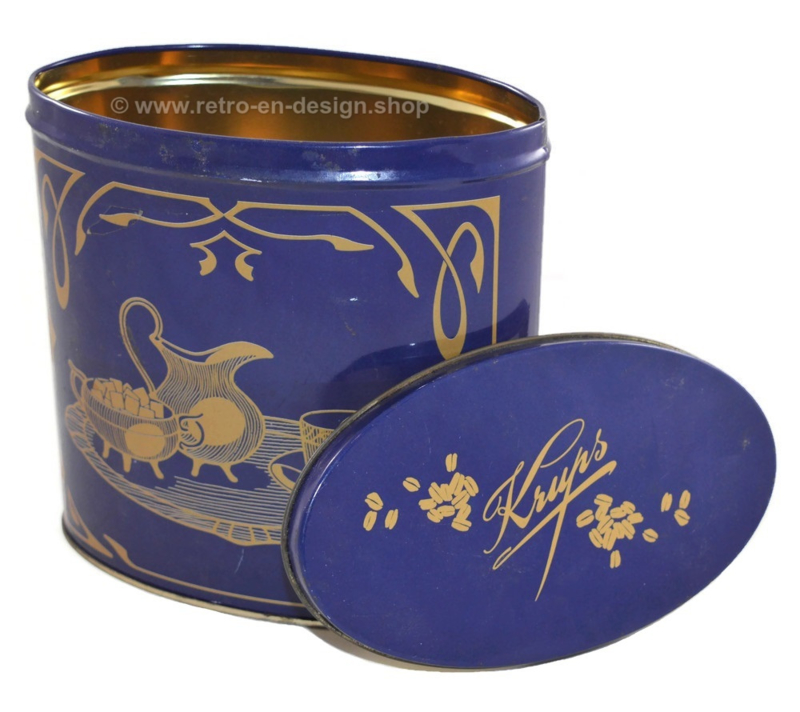 Tin made by Krups with images of a scale and coffee set.

Description
Oval tin made by the German firm Krups. This tin has a loose lid with the name Krups accompanied by coffee beans. There is an image on both sides that shows the history of the company. A scale on one side and a coffee set on the other.

The decoration of this tin consists of a dark blue background with gold-coloured details.

Condition
This tin is in good condition with normal traces of use,

Krups is a German kitchen appliance manufacturer. It is named after its founder, Robert Krups.

The company produces a large variety of household appliances.

The company began in 1846 manufacturing precision scales and mainly industrial balances, in Wald, now a district of Solingen in North Rhine-Westphalia. This was the company's principal product for the next 110 years.

In 1951, following the 1950s postwar reconstruction and economic boom in Germany, Krups moved into the lucrative consumer appliance arena.

In 1979 the Krups Type 223 Coffina Super coffee grinder was used as a prop in the film Alien as part of the Nostromo spacecraft, and also in Back to the Future as 'Mr. Fusion'. In 1983 the first Krups coffee machines were released.