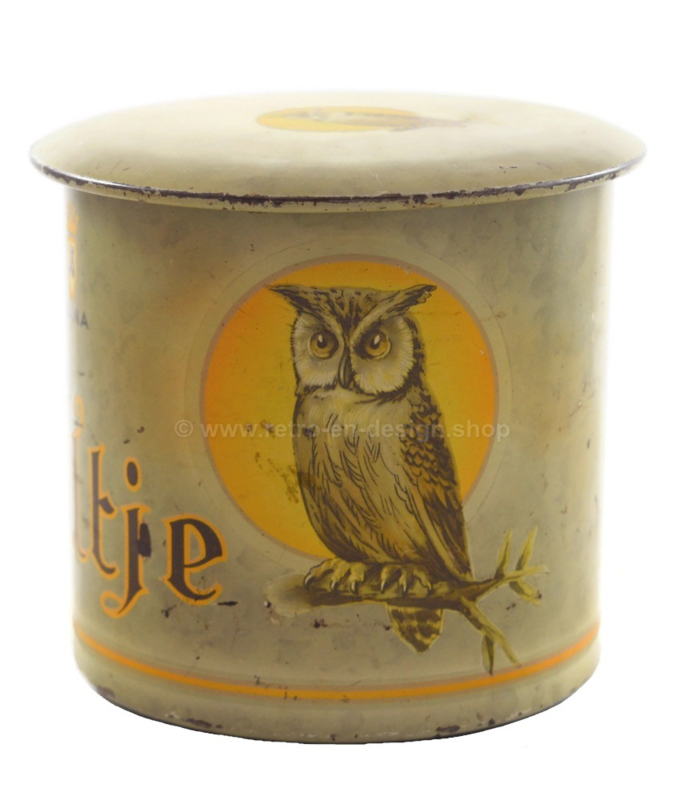 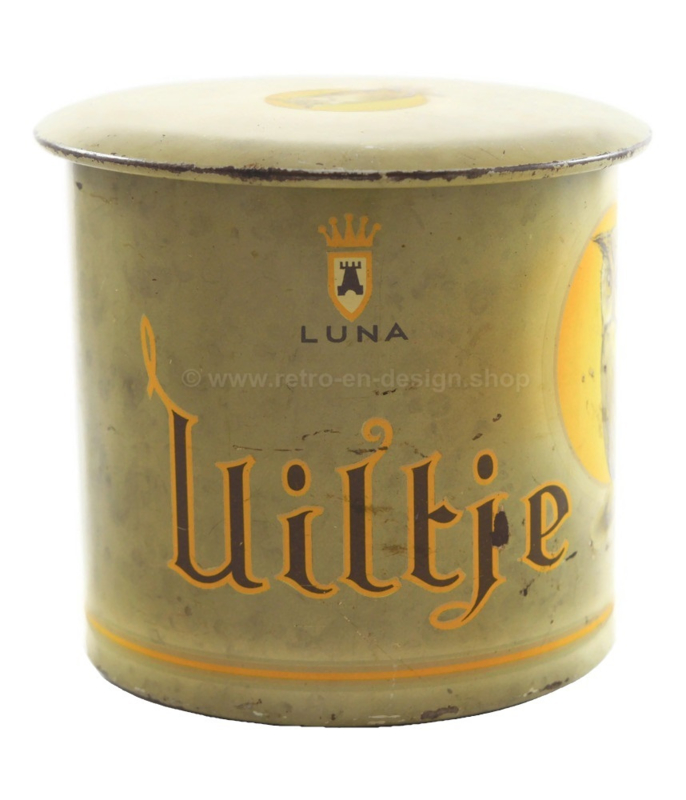 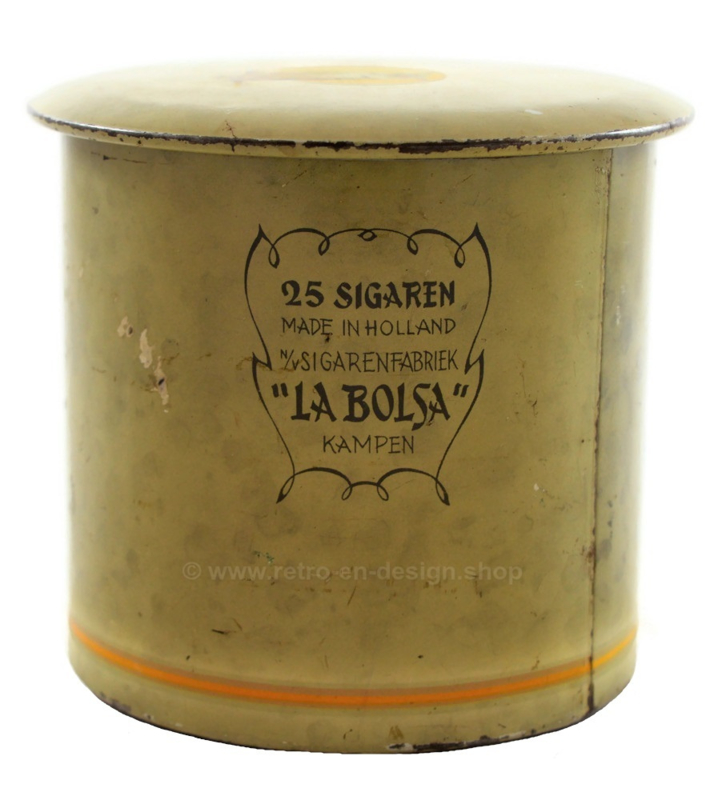 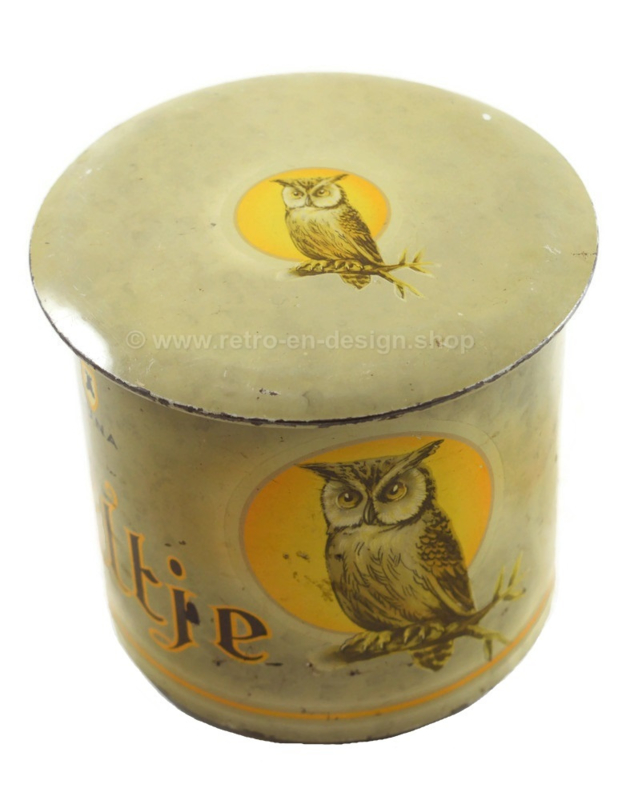 Description
The well-known "Owl" cigar tin. Nice old round cigar tin in a vintage condition. Tin canister equipped with a separate loose lid. The decoration of this tin consists of a slightly cloudy beige background with orange details. On the lid and tin an image in brown and orange of an owl against the background of a full corn moon. On the left of the tin, there is the brand name "Uiltje" with above it the coat of arms of the city "Kampen" with the species name Luna.

Text on the back of the tin: '25 cigars made in Holland n.v. cigar factory "La Bolsa" Kampen '. On the side, this tin has a longitudinal seam. This tin stands on three semicircular spherical feet which are embossed in the tin.

Condition
This tin is in a good vintage condition with traces of use and age-related traces of wear.

The brand was used until 1965 by the Kamper cigar factory La Bolsa. On July 1, 1963, La Bolsa was merged with Philips Tabak, producer of the Martinez cigars. Due to continual mechanization and the decrease in the use of cigars, the Philips group decided in 1965 to close its least profitable factory, at that time it was the Kampen cigar factory N.V. La Bolsa. The dismissal of staff members had an extension period until 1 June 1965.

A few series of cigar bands were also issued via the Uiltje brand.