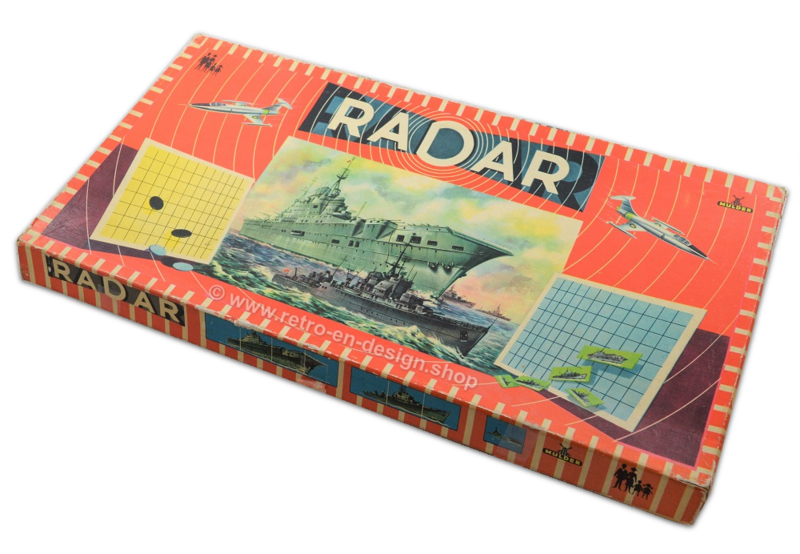 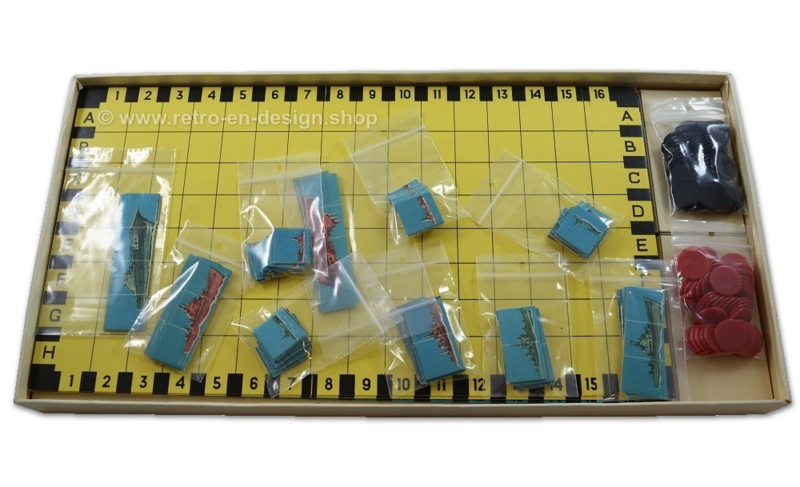 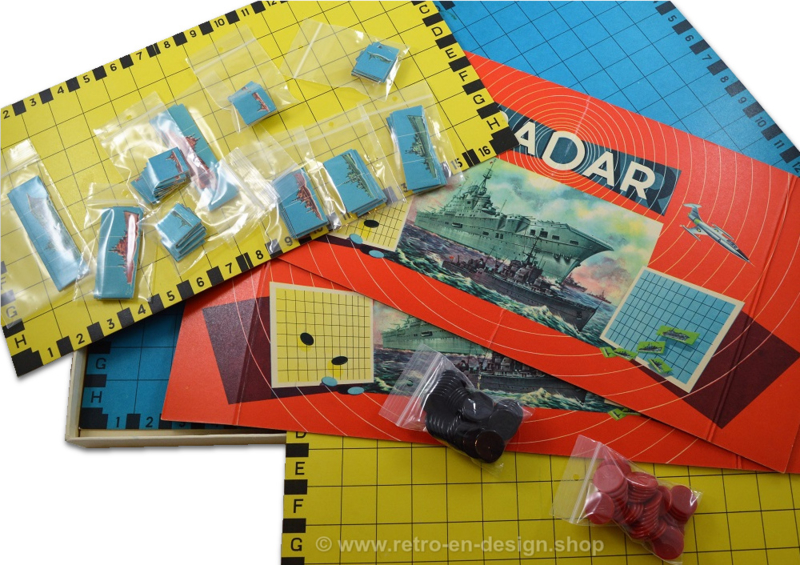 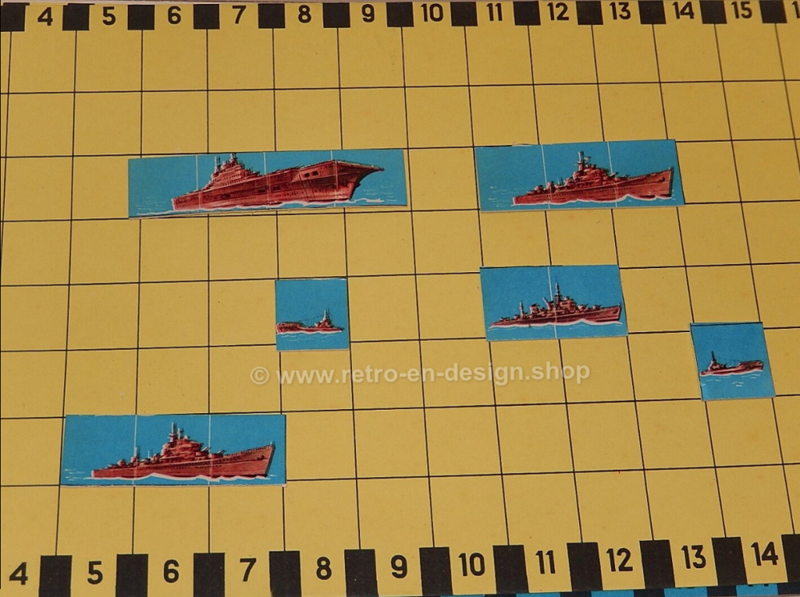 Description
This exciiting game should be played by two players.

The blue board - which is supposed to represent the sea - is the playing board. The yellow board is the radar screen, which - during the game - is used to mark the position of the opponent's fleet.

Now one places one's fleet in any position one desires on the blue board - either in a vertical or in a horizontal position. However the ships should lie free, i.e. they should not touch each other.

When the players have put their fleet in position, the game may be started and one may, in turn, guess and plot the position of the ships of one's opponent's fleet.

Condition
This game is in a good vintage condition with some minor traces of use and age-related traces of wear.

Country of origin
Made in Holland

Quality
Good vintage condition with some traces of use