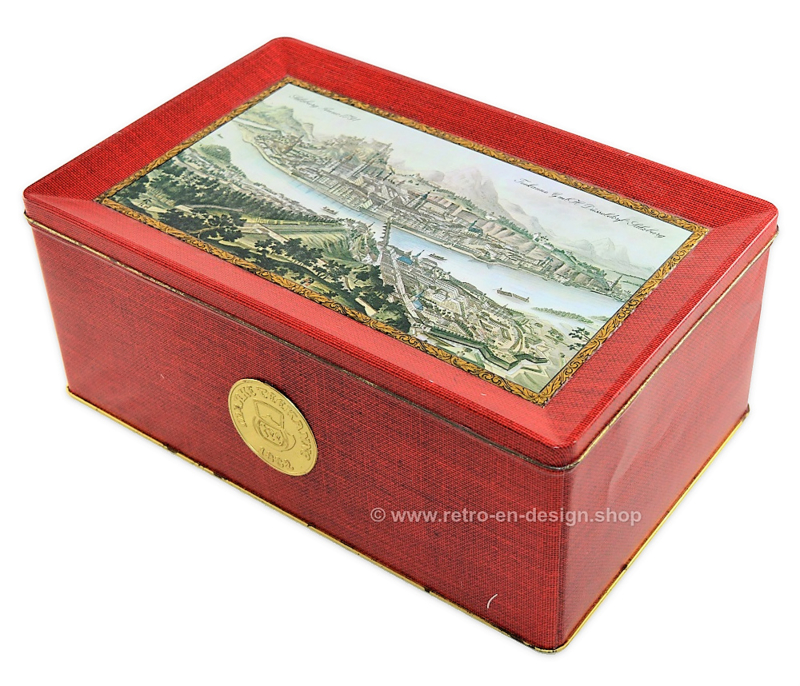 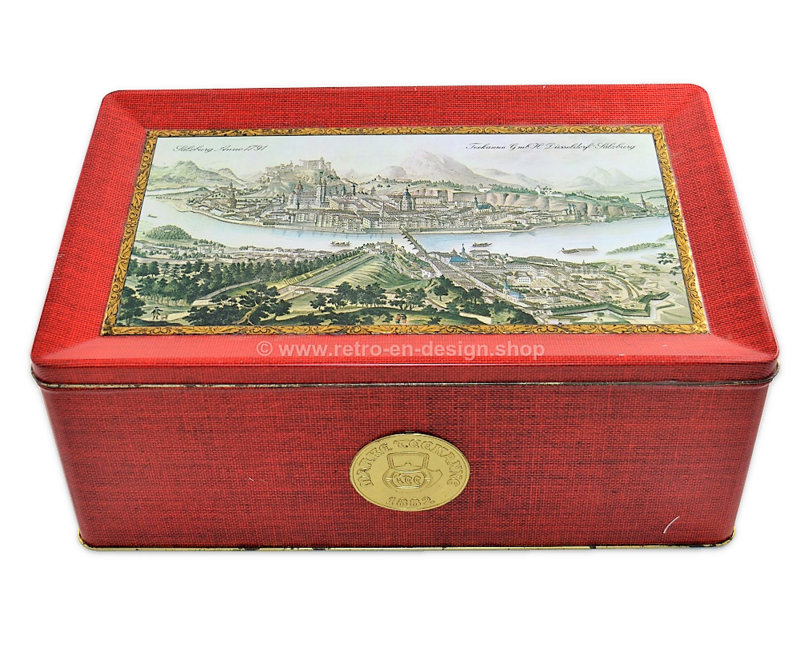 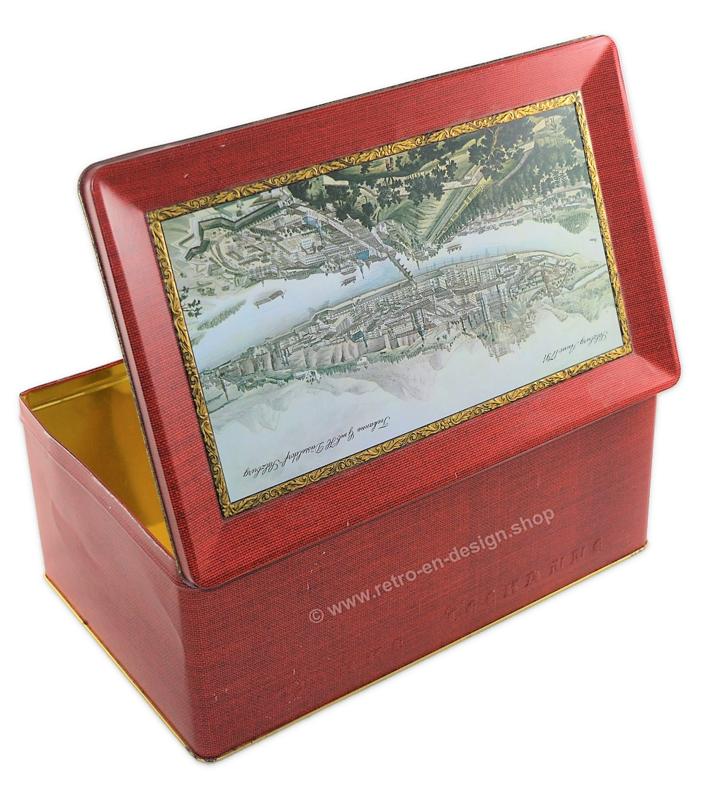 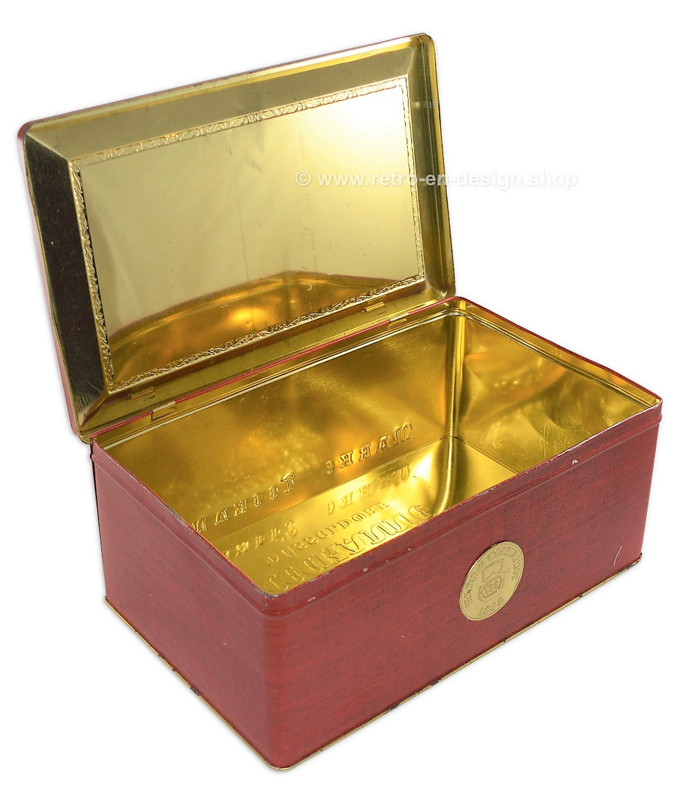 Description
Large rectangular vintage tea tin from the Teekanne brand from Düsseldorf, Germany. This tin is equipped with a hinged lid with a deepened image.

The decoration of this tin consists of a red background that resembles a fabric pattern. The tin has various gold-coloured details. The image on the lid has a gold-coloured frame and shows the city of Salzburg in the year 1791. Top right, the factory name "Teekanne GmbH Düsseldorf-Salzburg".

On the front of the tin in a gold-coloured circle the text: Marke Teekanne 1882. Backside in relief "Marke Teekanne".

Both the inside and the bottom are also golden. On the bottom in relief the text Marke Teekanne Düsseldorf with the logo of a teapot with the name "Tee".

Condition
This vintage tin is in a neat vintage condition with normal traces of use and age-related traces of wear.

Teekanne
Teekanne GmbH & CO. kg is a German tea trading company, based in Düsseldorf. The founders Rudolf Anders and Eugen Nissle were the first to sell tea in tins and already mixed teas on a high-quality level. Furthermore, they went on to invent the machine-made tea bag. Today the family-run company is still the world-leading company in the production of tea bags and produces 7.5 billion tea bags per year.

Teekanne, then known under the name “R.Seelig & Hille”, was found on 16 July 1882 in Dresden. In 1888 the company was renamed “Theekanne”, old German spelling for "Teekanne" (meaning: teapot), and registered as a trademark. The registration number 6541 makes it one of Germany´s oldest trademarks still existing. The two employees Eugen Nissle and Rudolf Anders bought the company in 1892; the first to sell blended, packaged tea. The company has remained family-owned ever since.

In 1912 the tea brand “Teefix” was registered, along with the "Pompadour" brand.

During World War I , Teekanne provides soldiers and civilian with so-called “tea bombs”, a sweet portion of tea in small gauze bags. These handmade bags are the precursor to the modern tea bag.

In 1929 the first tea bag packing machine worldwide is launched, designed by Adolf Rambold, an employee of the company. The “Pompadour” machine can produce 35 gauze bags in one minute.

In 1931 the next generation, Ernst Rudolf Anders and Johannes Nissle, take over the family business. Anders takes part in the trip of the LZ 129 Hindenburg in the US 1937 and dies during the Hindenburg explosion in Lakehurst , United States .

During the last days of World War II Dresden and Teekanne take heavy damage. In 1946 the restoration of the company begins in modest surroundings in Viersen , Germany, on the Lower Rhine.

The company moved his head offices to Düsseldorf in 1957.