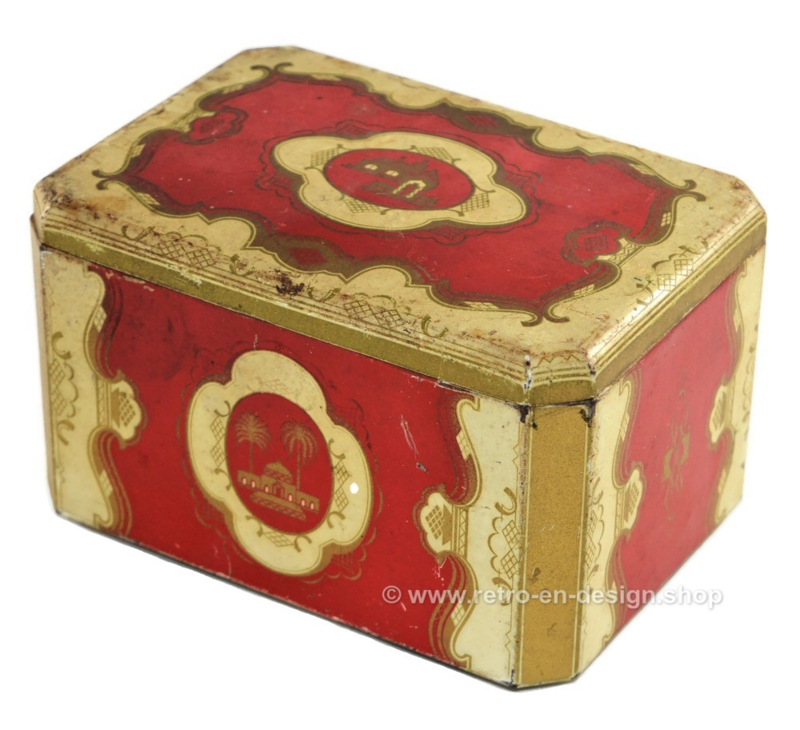 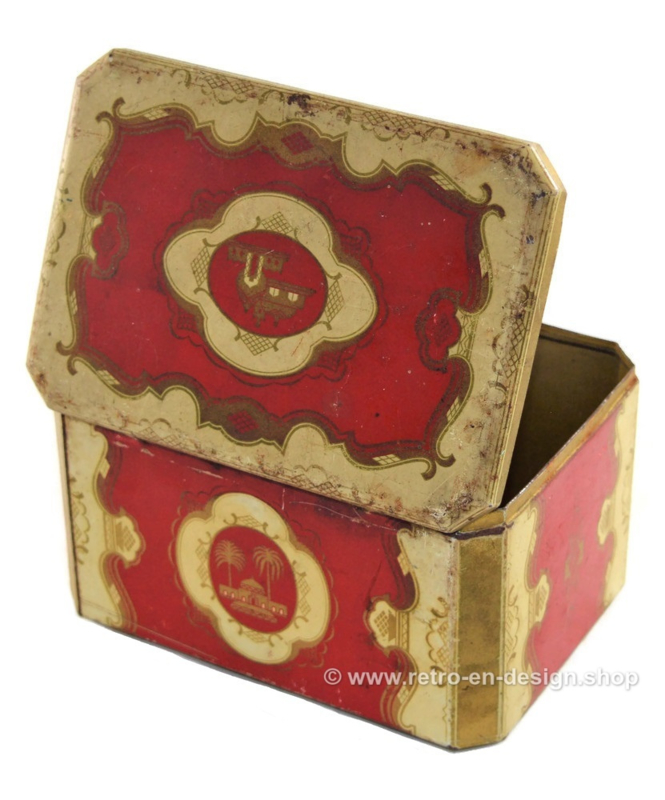 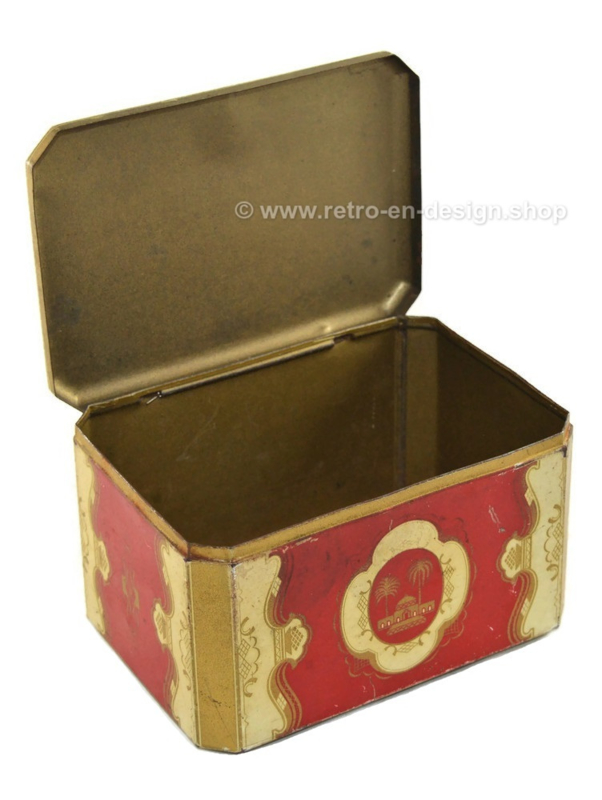 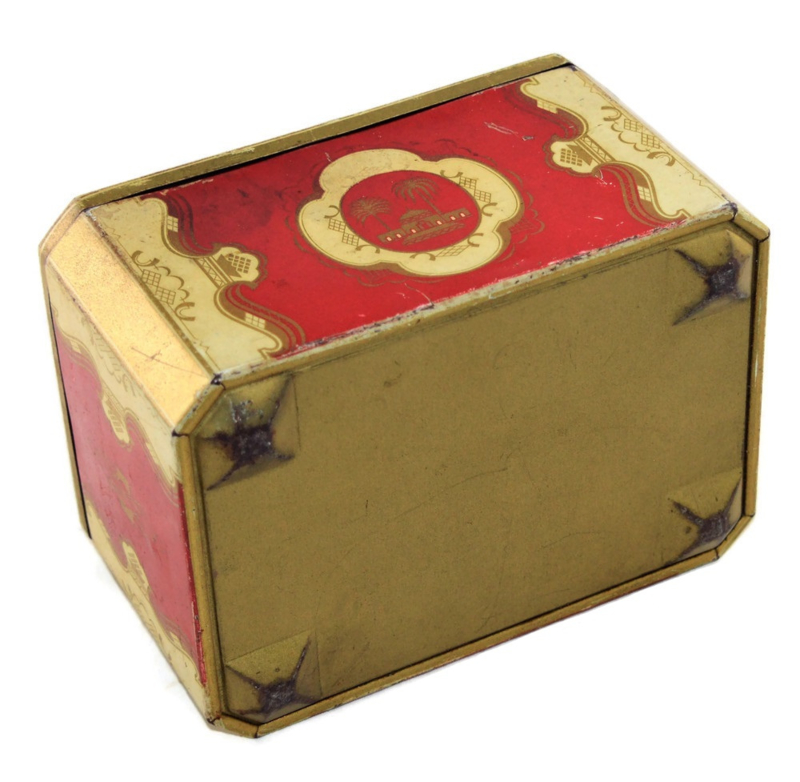 Description
Vintage rectangular tin with bevelled corners and an oriental appearance with a hinged lid. The decoration of this tin consists of a red background with gold-coloured details. This is almost certainly a tea tin.

On the lid as well as on the front and back of the tin in a medallion an image of Eastern housing.

The tin stands on four pyramid-shaped feet which are pressed in the tin itself.

Orient
The Orient is a historical term for the East, traditionally comprising anything that belongs to the Eastern world, in relation to Europe, the Occident. In English, it is largely a metonym for, and coterminous with, the continent of Asia, loosely classified into the Near East, Middle East and Far East: the geographical and ethno-cultural regions now known as West Asia, South Asia, East Asia, and Southeast Asia. Originally, the term Orient was used to designate the Near East, and later its meaning evolved and expanded, designating also the Middle East or the Far East.

The term oriental is often used to describe objects from the Orient. However, given its Eurocentric connotations and shifting, inaccurate definition through the ages, it may be considered offensive as a label for people from East Asia.