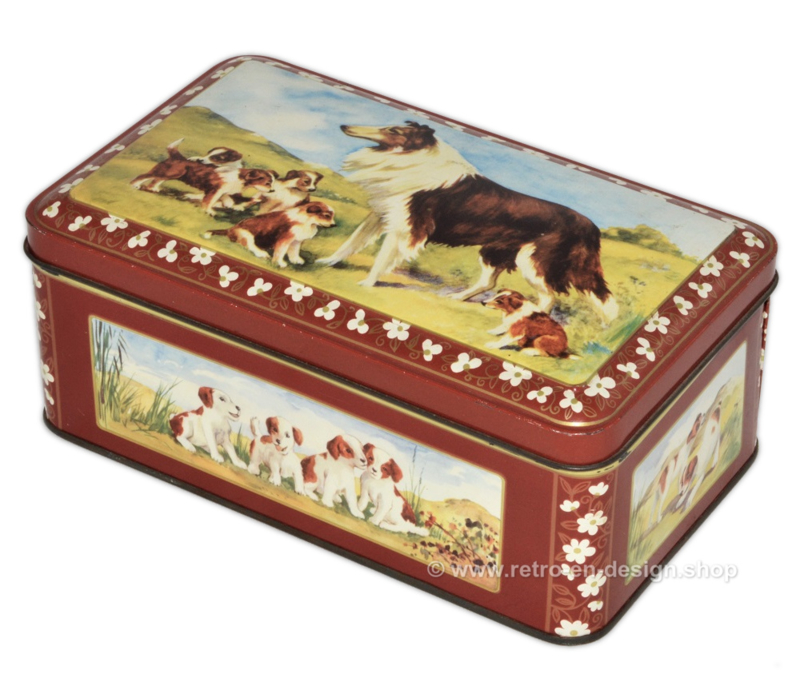 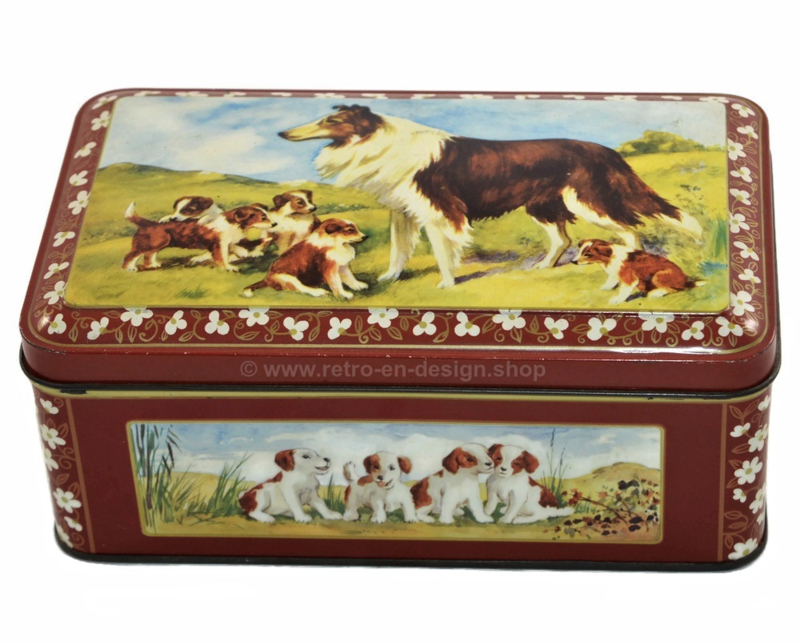 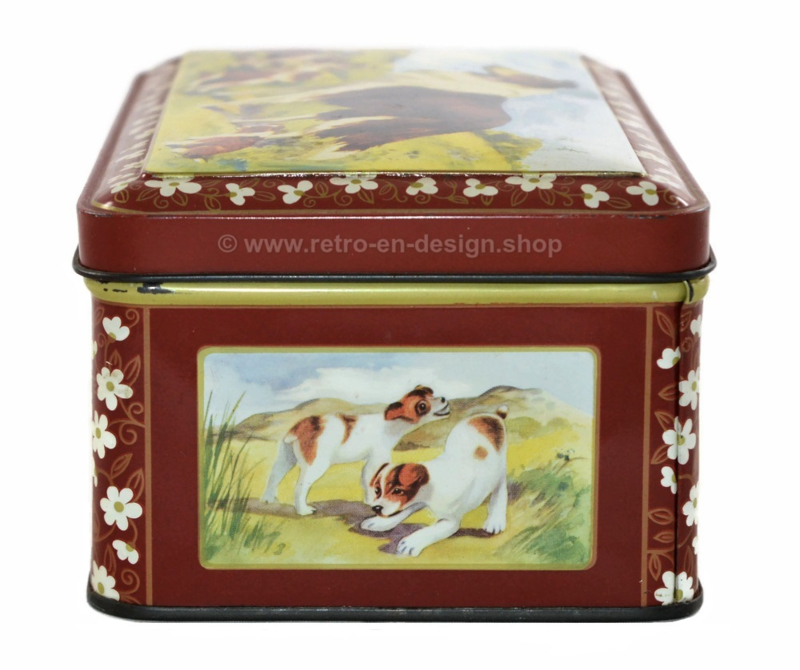 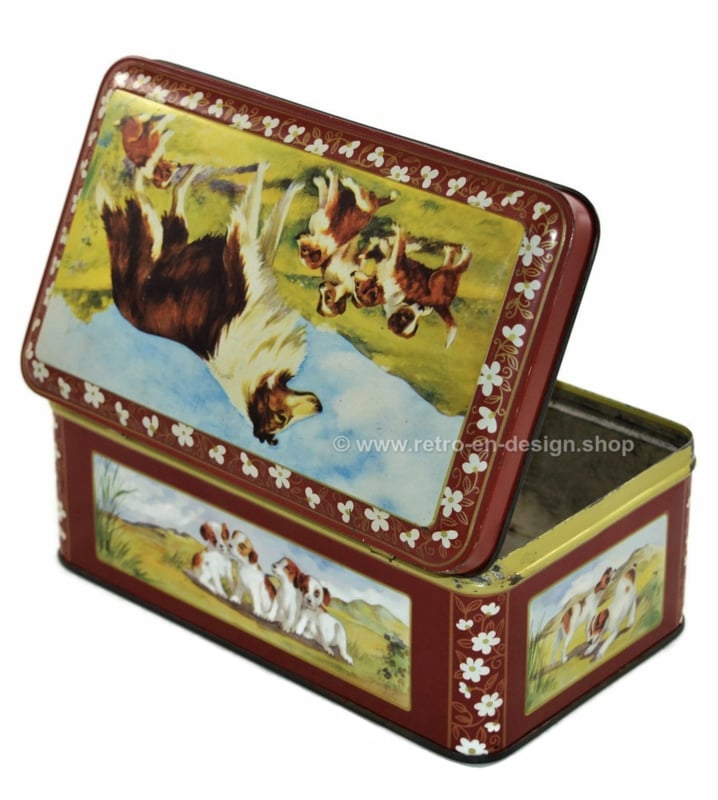 Vintage AJP tin with image of Scottish Collie and puppies

Vintage AJP tin with image of Scottish Collie and puppies.

Beautiful old tin marked at the bottom with the letters A.J.P. (from AJP / A.J. Polak pudding factory, Groningen). This tin in the main colour red-brown. The edges are decorated with flowers in gold and white.

Condition
This tin is in a beautiful vintage condition with normal traces of use and age-related traces of wear.

AJP pudding factory
The Puddingfabriek is located directly southeast of the Groninger main station in the Rivierenbuurt on the Viaductstraat. The building was built in 1931 to a design by the Groningen architect duo Kuiler and Drewes. The building was an extension of the Puddingfabriek Polak at the time, located at Hereweg, founded by the Groningen entrepreneur Abraham Josef Polak, who died in 1924. The company was closed in the 60s.

In the 1950s, the Pudding Factory ran the advertising slogan "If You Choose Pudding ..., Choose A J P!"

The Scotch Collie is a landrace breed of dog which originated from the highland regions of Scotland. The breed consisted of both the long-haired (now known as Rough) Collie and the short-haired (now known as Smooth) Collie. It is generally believed to have descended from a variety of ancient herding dogs, some dating back to the Roman occupation, which may have included Roman Cattle Dogs, Native Celtic Dogs and Viking Herding Spitzes. Other ancestors include the Gordon and Irish Setters.

In Scotland, this dog was referred to as "cooley", "coaly" and "colley" dogs. The name "Collie" is thought to come from the Scots word for "black" or "coal" (coll) and may have referred to a type of sheep (Coaley) which they were once used to herd. However, "Collie" might also have come from the Gaelic càilean and cóilean for "dog" or "young pup", or from the Celtic word for "useful" which is "collie". Due to its popularity, it was imported to other countries including the U.S., where it simply became known as the Scotch Collie.

Lassie is a fictional character created by Eric Knight. She is a female Rough Collie dog, and is featured in a short story that was later expanded to a full-length novel called Lassie Come-Home. Knight's portrayal of Lassie bears some features in common with another fictional female collie of the same name, featured in the British writer Elizabeth Gaskell's 1859 short story "The Half Brothers." In "The Half Brothers", Lassie is loved only by her young master and guides the adults back to where two boys are lost in a snowstorm.

Published in 1940, Knight's novel was filmed by MGM in 1943, as Lassie Come Home with a dog named Pal playing Lassie. Pal then appeared with the stage name "Lassie" in six other MGM feature films through 1951. Pal's owner and trainer Rudd Weatherwax then acquired the Lassie name and trademark from MGM and appeared with Pal (as "Lassie") at rodeos, fairs, and similar events across America in the early 1950s. In 1954, the long-running, Emmy winning television series Lassie debuted, and, over the next 19 years, a succession of Pal's descendants appeared on the series. The "Lassie" character has appeared in radio, television, film, toys, comic books, animated series, juvenile novels, and other media. Pal's descendants continue to play Lassie today.