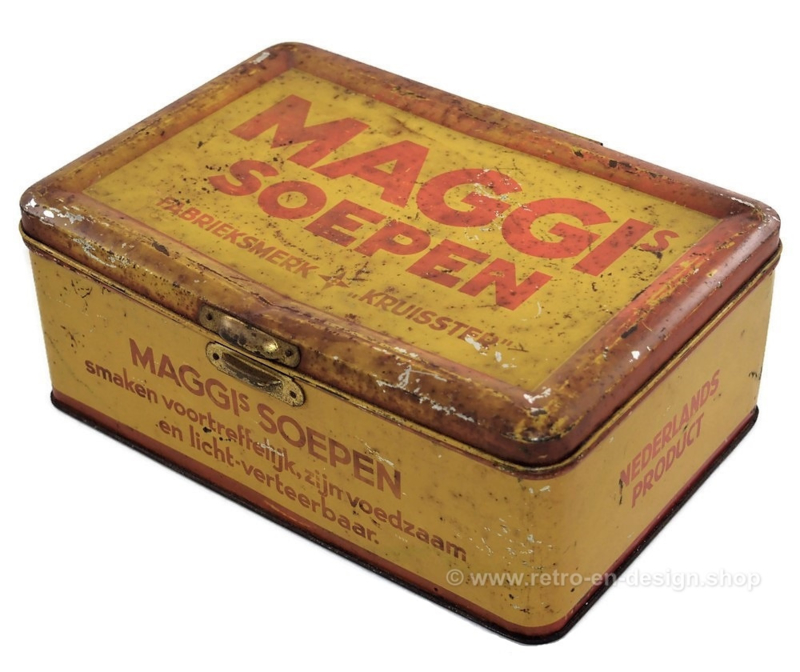 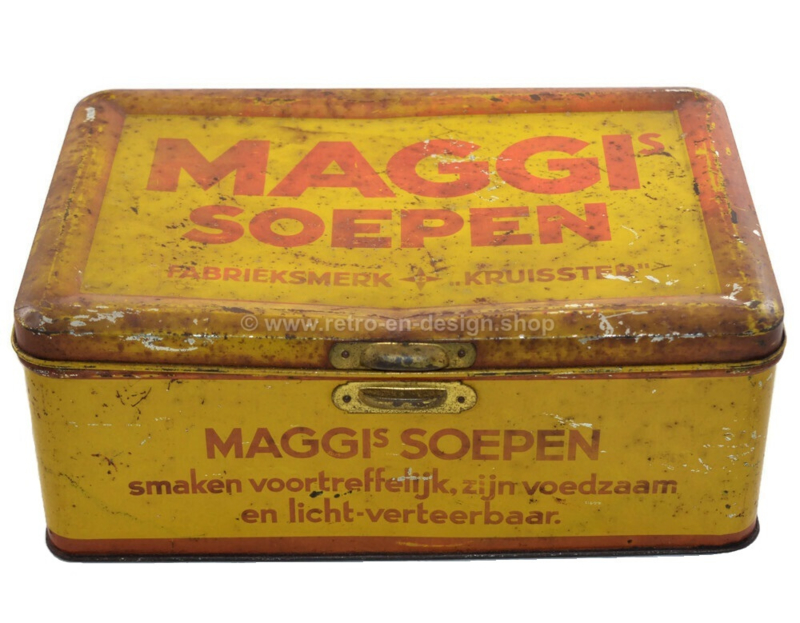 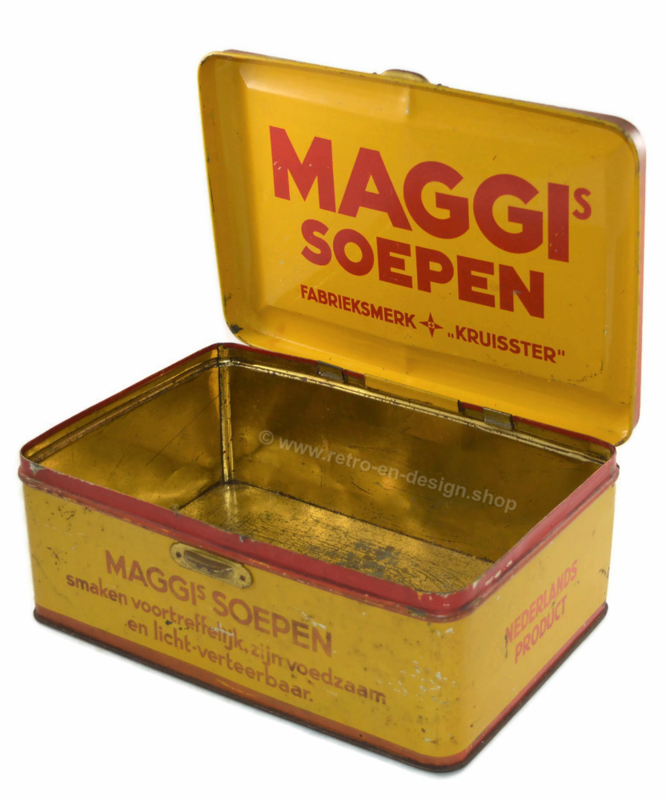 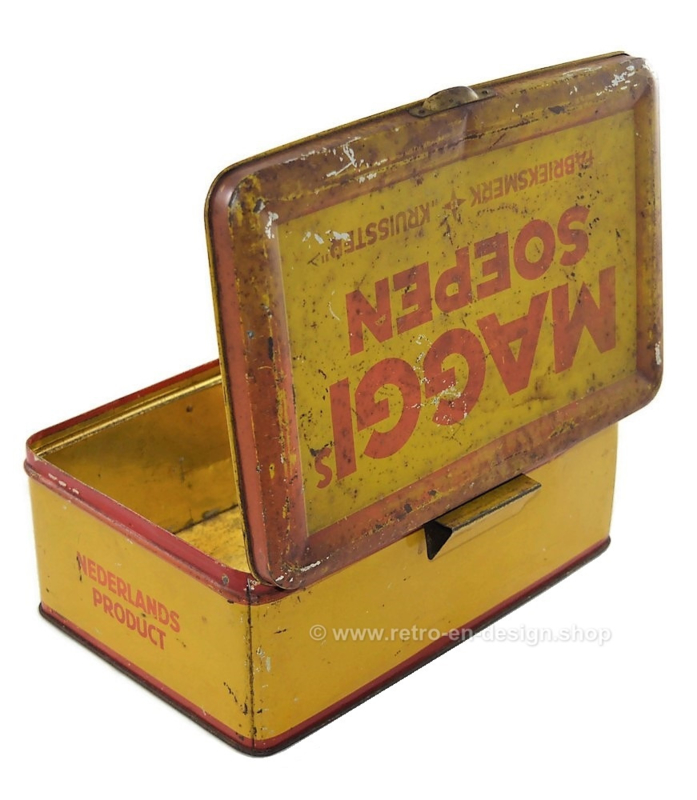 Description
This is a rectangular tin for Maggi soups. The tin is equipped with a hinged lid. There is a small handle on the front of the lid. The decoration of this tin consists of a yellow background with red lettering on it.

Condition
This tin is in a good vintage condition with various traces of use and age-related traces of wear.

Maggi is an international brand of seasonings, instant soups, and noodles that originated in Switzerland in the late 19th century. The Maggi company was acquired by Nestlé in 1947.

In West Africa and parts of the Middle East, Maggi cubes are an integral part of the local cuisine. In Haiti and throughout Latin America, Maggi products, especially bouillon cubes, are widely sold with some repackaging to reflect local terminology. In the German, Dutch, and Danish languages, lovage has come to be known as Maggi herb (Ger. Maggikraut, Du. maggikruid or maggiplant, Da. maggiurt), because it tastes similar to Maggi sauce, although lovage is not present in the sauce.

The company originated in Switzerland in 1884, when Julius Maggi took over his father's mill. He quickly became a pioneer of industrial food production, aiming to improve the nutritional intake of worker families. Maggi was the first to bring protein-rich legume meals to the market and followed up with a ready-made soup based on legume meals in 1886. After that Julius Maggi introduced bouillon concentrates, first in capsules, then in cubes. In 1897, Julius Maggi founded the company Maggi GmbH in Singen, Germany.

In 1947, following several changes in ownership and corporate structure, Maggi's holding company merged with the Nestlé company to form Nestlé-Alimentana S.A., currently known in its francophone home base as Nestlé S.A.