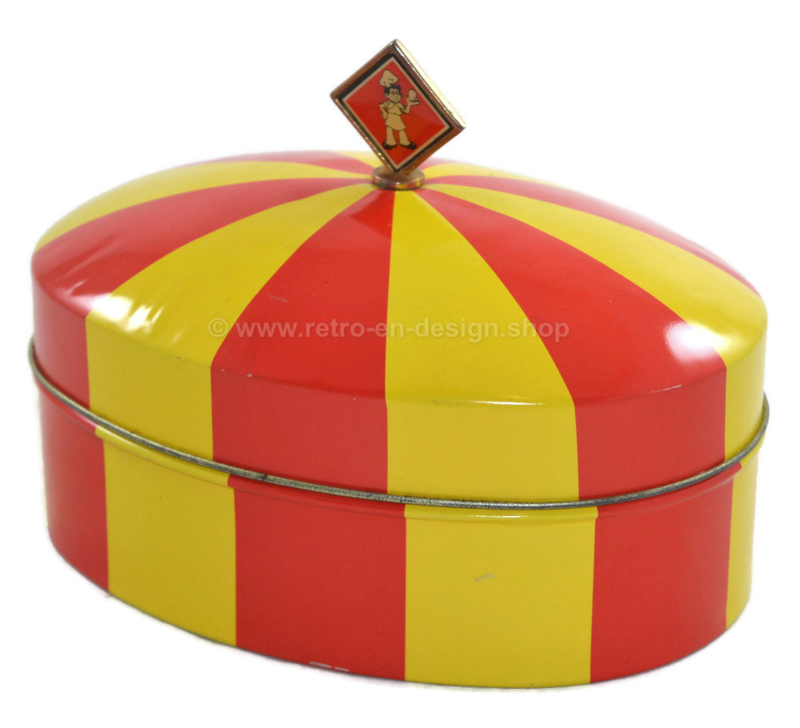 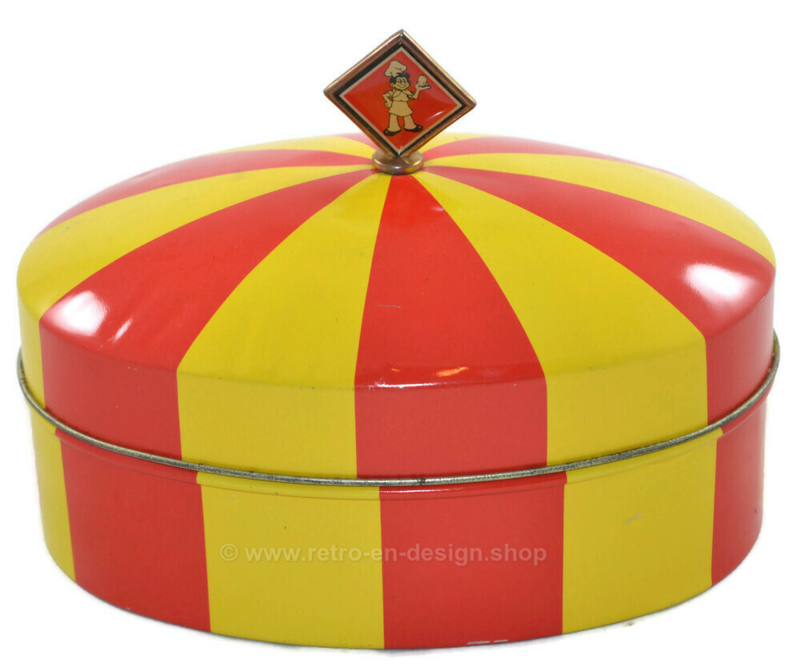 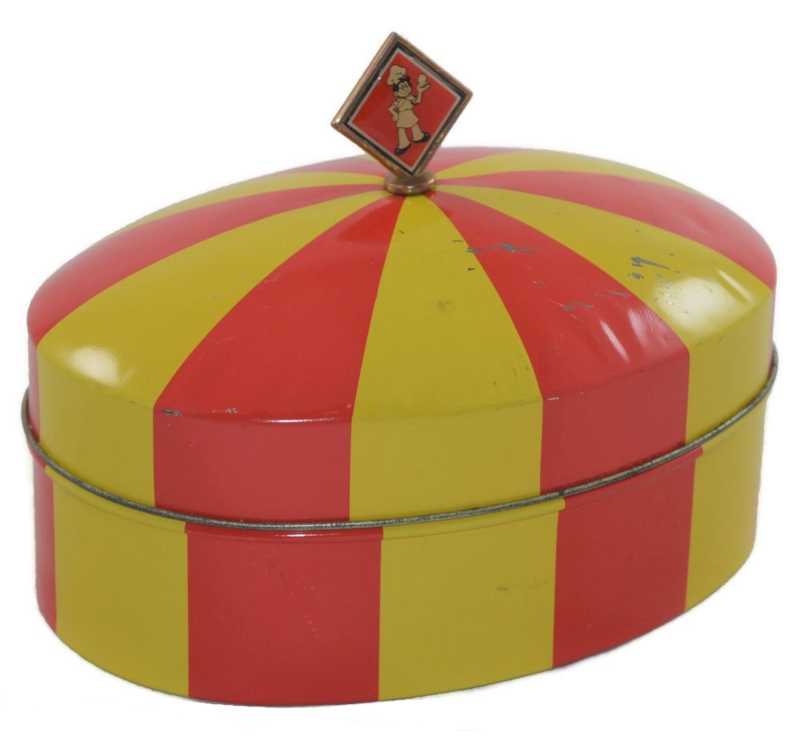 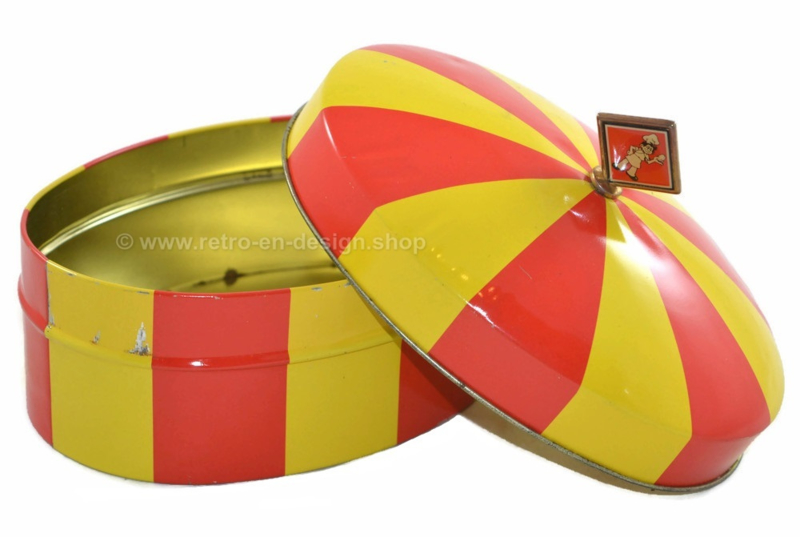 Oval vintage biscuit tin in red and yellow, in the shape of a circus tent by Bolletje

Oval vintage biscuit tin in red and yellow, in the shape of a circus tent by Bolletje.

Description
One of the cutest biscuit tins made by Bolletje.

This tin has an oval shape and is made in the appearance of an old circus tent. On the top of the tent the logo of the famous little bread baker in a red diamond shape. The cover is a loose lid with a wide rim. The decoration of this tin consists of a pattern of red and yellow surfaces that run wide from the centre of the lid to the outside in a fan shape.

Condition
This tin is in an original vintage condition with normal traces of use and age-related traces of wear.

Bolletje B.V. was until April 2013 a Dutch company that produced various types of bread substitutes and pastry products. In 2013 the company was taken over by the German company Borggreve from Neuenhaus.

Gerardus Johannes ter Beek (1843-1933) started a bakery shop at Grotestraat in Almelo at the end of 1867, in a building that his father Albertus Antonius (1802-1868), who was a bread vendor, purchased for him just before his death. This company was supposed to be the start of a family business that would become known as Bolletje from the mid-20th century on.

Gerardus's son Albert (1877-1958) continued his father's business but focused more on baking rusks. Already in the 1920s, he deposited these rusks with the help of his cargo bike all the way to Deventer. His wife was in the bakery shop in Almelo. Today, this building houses the Bolletje Winkel & Koffieschenkerij and the bakery museum De Meelzolder. The couple had five sons and two daughters who initially all started working in the family business. After the Second World War, it was decided to tackle rusk production in a big way.

In 1954 the five brothers started an industrial bakery on the Turfkade in Almelo. Johannes Antonius (Jan) ter Beek (1916-2006) was the initiator to change the brand name "Ter Beek's Beschuit". Brother Gerard came up with the name "Bolletje".

Bolletje developed into the country's largest biscuit producer, partly thanks to a sophisticated advertising policy by Jan ter Beek with the cooperation of advertising agency De Zuil from Enschede. The company became famous for the advertising saying: "I want Bolletje!", Later proclaimed the advertising slogan of the twentieth century. In 1962 a collaboration was started with the Bachman Bakeries bakery company, also based in Almelo, which specialized in the production of savoury snacks.

Particularities
Tin in the shape of a circus tent