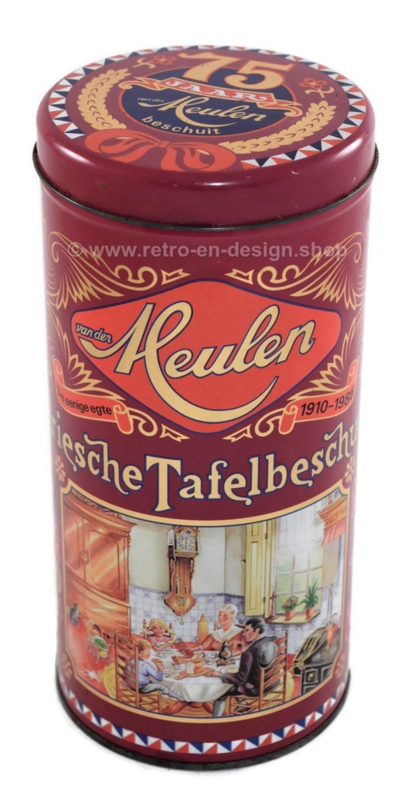 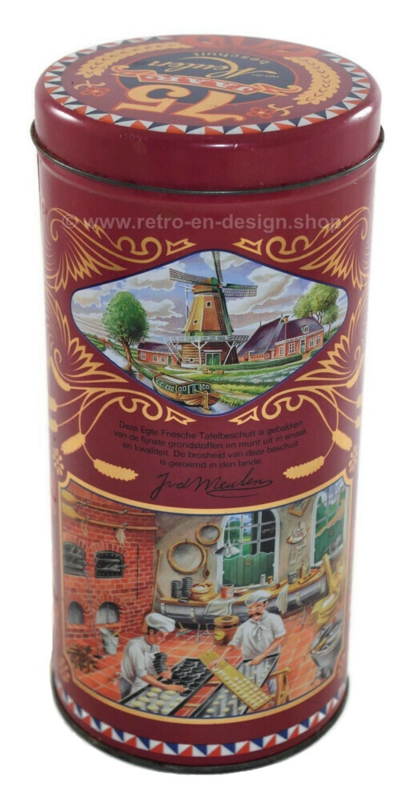 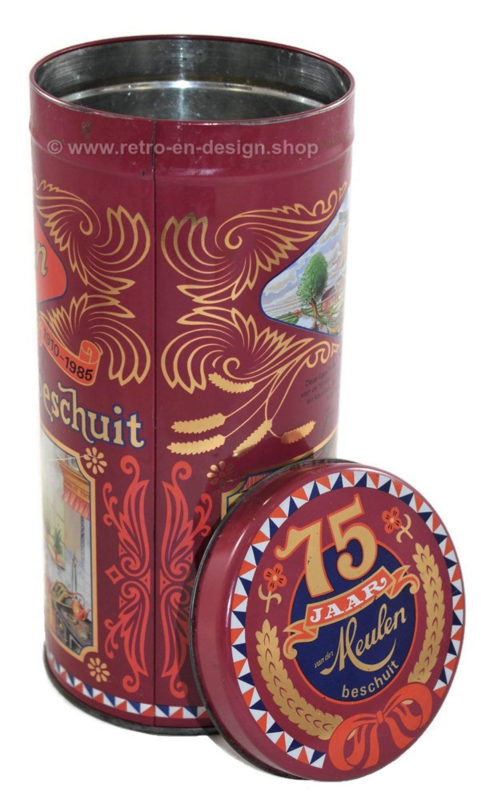 Dutch text on rusk (translated): "This Frisian table rusk is baked from the finest raw materials and excels in taste and quality. The brittle skin of this rusk is praised in the country." Signed with signature J v / d Meulen.

Condition
This very nice vintage tin is in good condition with normal traces of use and age-related traces of wear.

History Van der Meulen Master bakers
In 1910, Hessel van der Meulen started a small traditional crisp bake bakery in Ferwerd. The high quality of these Dutch Rusks soon became a concept in the north of the country. The demand for Van der Meulen Rusk continued to grow considerably and expansion quickly became a necessity. The company moved to Hallum, where a large bakery was built, specially set up for Rusks, with the name "De Volharding", which means perseverance.

In 1930, the second generation of the family started to export the Dutch rusks to America under the slogan: "the more you eat the more you want!"

Hessel van der Meulen junior, the third generation, took over the company in the Sixties and a new period of growth dawned. The early Seventies were characterized by the introduction of Melba Toast and the first real set-up of exports to the United Kingdom.