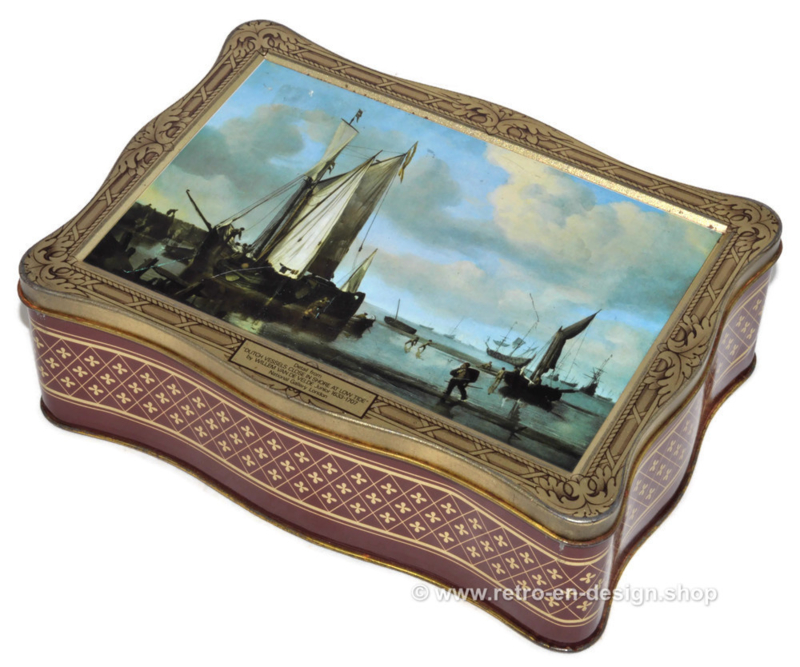 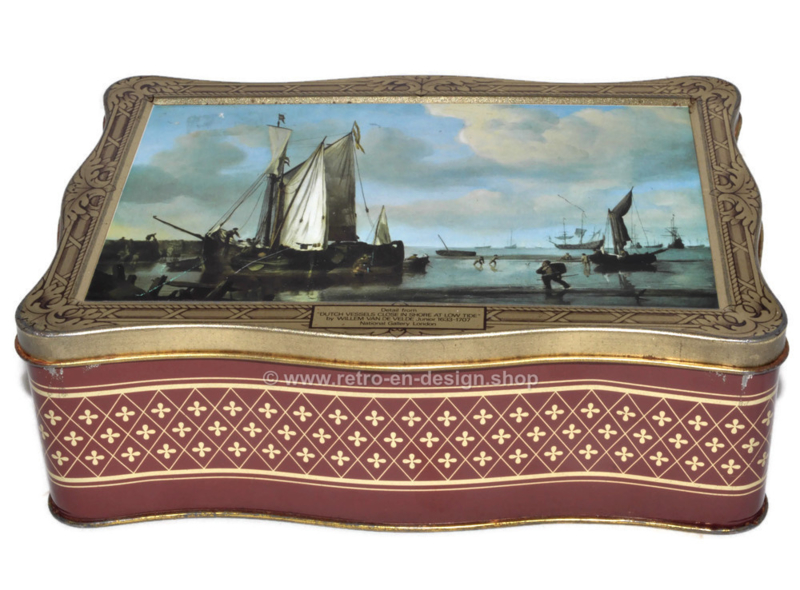 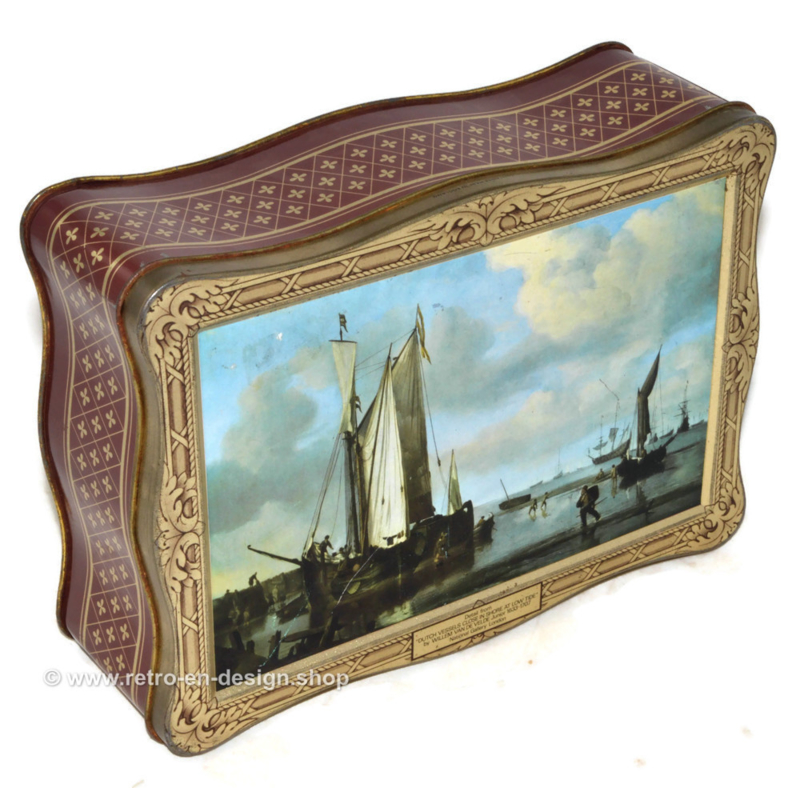 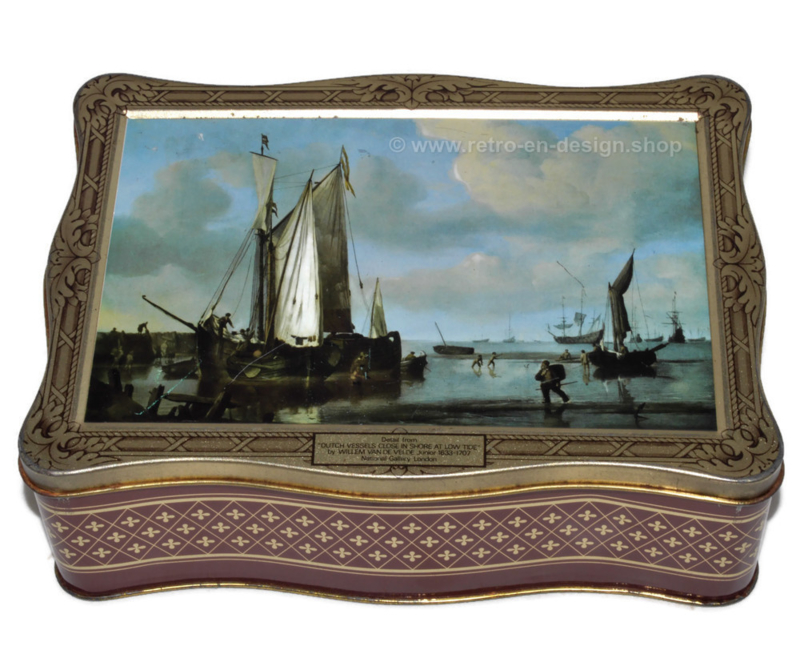 Description
Rectangular tin with a separate cover. The tin box has a purple/brown background with gold-coloured details in the form of diamonds and clovers. The lid is decorated with a detail from a painting by Willem van de Velde, the Younger.

Condition
This tin drum is in good condition with normal traces of use and age-related traces of wear.

A son of Willem van de Velde the Elder, also a painter of sea-pieces, Willem van de Velde, the younger, was instructed by his father, and afterwards by Simon de Vlieger, a marine painter of repute at the time, and had achieved great celebrity by his art before he came to London. By 1673 he had moved to England, where he was engaged by Charles II, at a salary of £100, to aid his father in "taking and making draughts of sea-fights", his part of the work being to reproduce in colour the drawings of the elder Van de Velde. He was also patronized by the Duke of York and by various members of the nobility.

He died on 6 April 1707 in London, England, and was buried at St James's Church, Piccadilly. A memorial to him and his father lies within the church.

His brother Adriaen van de Velde was also an artist.

Most of Van de Velde's finest works represent views off the coast of Holland, with Dutch shipping. His best productions are delicate, spirited and finished in handling, and correct in the drawing of the vessels and their rigging. The numerous figures are tellingly introduced, and the artist is successful in his renderings of sea, whether in calm or storm. The ships are portrayed with almost photographic accuracy, and are the most precise guides available to the appearance of 17th-century ships.

There are a number of van de Velde's marine paintings in the Wallace Collection, London, including "The Embarkation of King Charles II at Scheveningen, 1660".

Brand
Container made in England