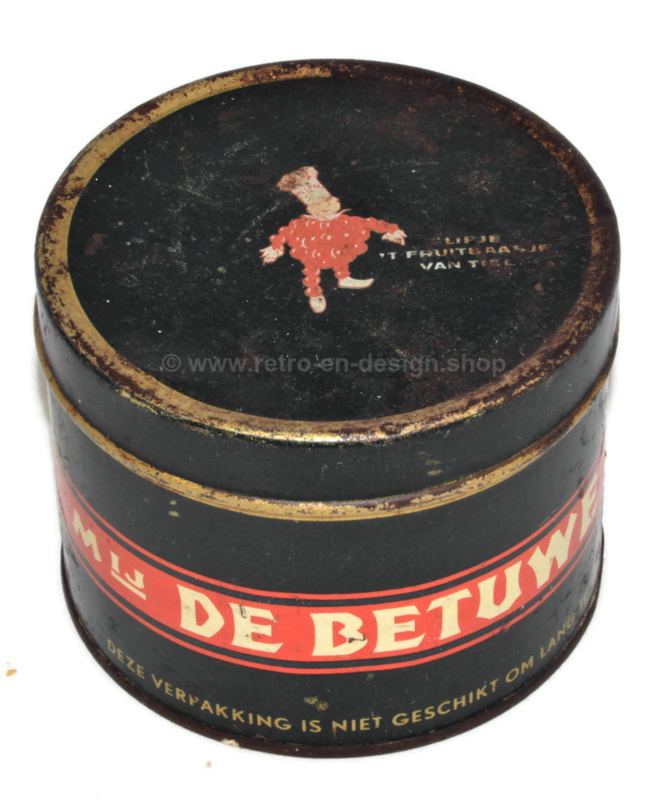 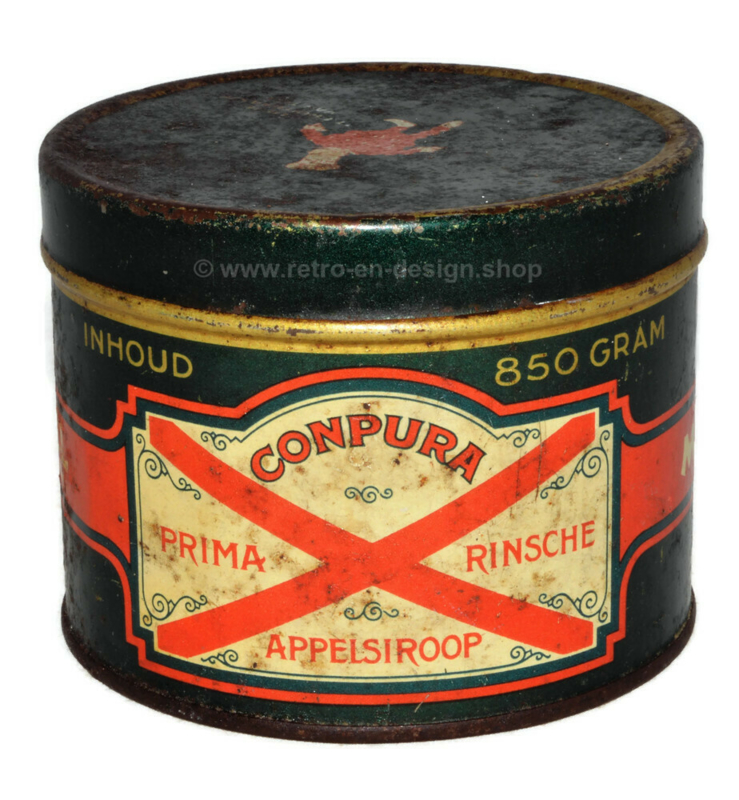 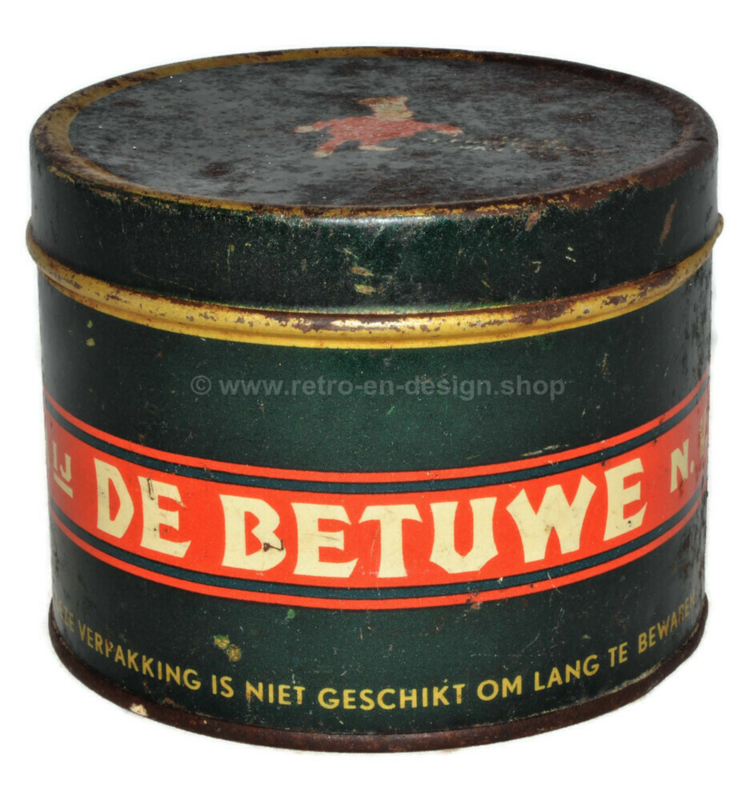 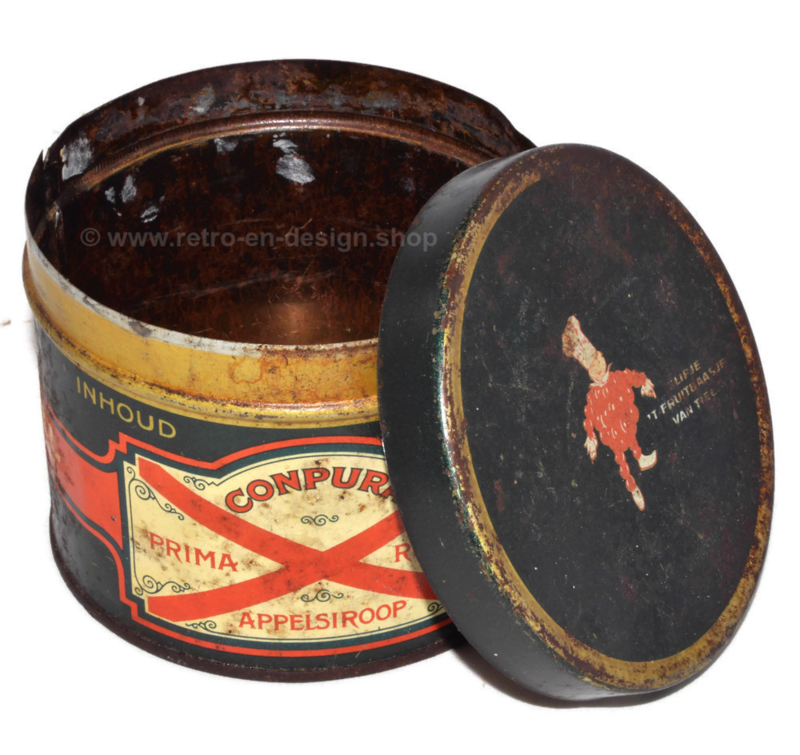 One of the larger tins of rinse apple syrup made for Mij. de Betuwe in Tiel

Description
Round cylindrical vintage tin with a separate lid on which an image of Flipje, the fruit boss from Tiel.... The decoration of this tin consists of a dark green background with a red band in which the brand name "Me. DE BETUWE nv in white letters "

In a white label with a red frame is a red cross and the text: Conpura Prima Rinse Appelstroop. Content 850 grams.

On the bottom of the tin the text: This packaging is not suitable for long storage (Dutch).

De Betuwe
Around 1900, De Betuwe was one of the first companies to produce apple syrup in addition to jam and jelly.

Farmers from the Betuwe landed sugar beets in the autumn. These were weighed on the weighbridge on the Grote Brugse Grintweg.

The sugar beets ended up in a large storage heap after which they were cleaned in the factory. They were cut into pieces, cooked and pressed on heavy machines. The juice was filtered and thickened under vacuum. 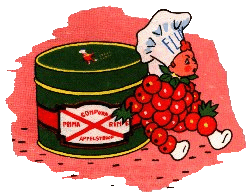 Flipje is a fictional figure who serves as a mascot, originally from the jam factory "De Betuwe" and nowadays the mascot of the city of Tiel. It was invented in 1935. In Tiel he is among other things honoured with a museum, a statue and comic strips on benches in them around the center of the city.