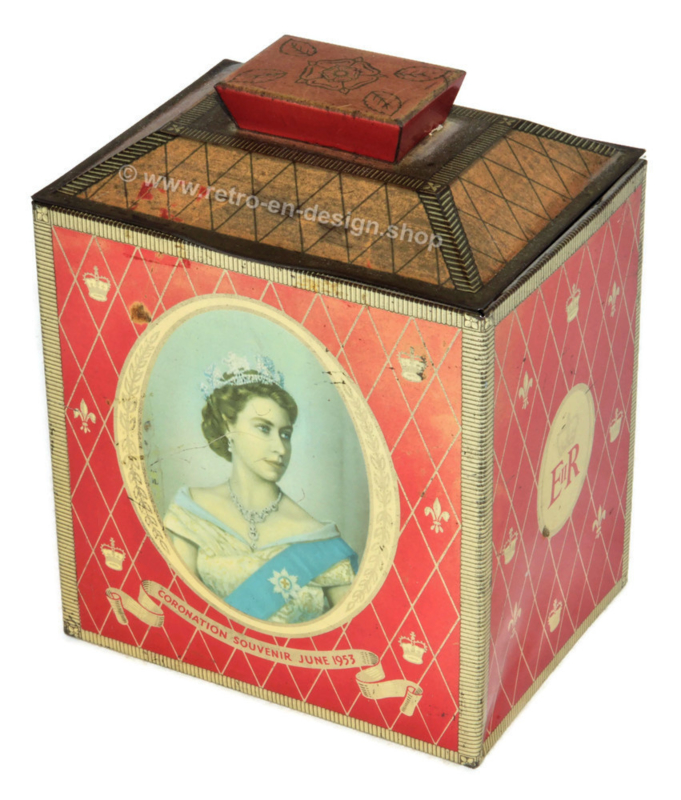 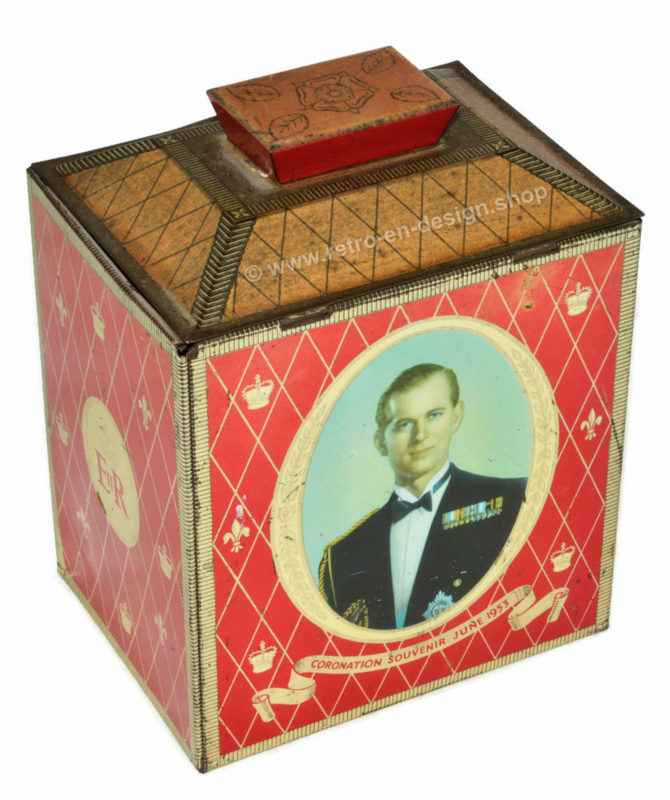 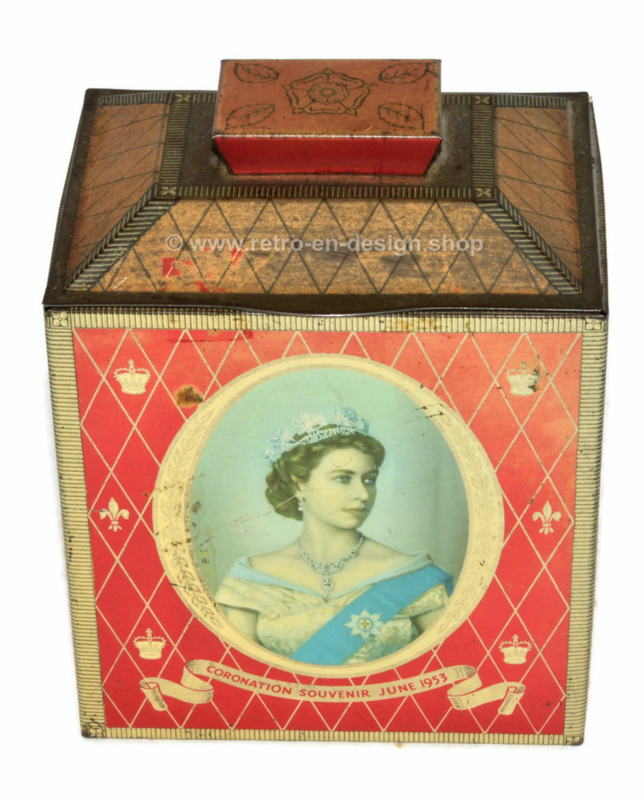 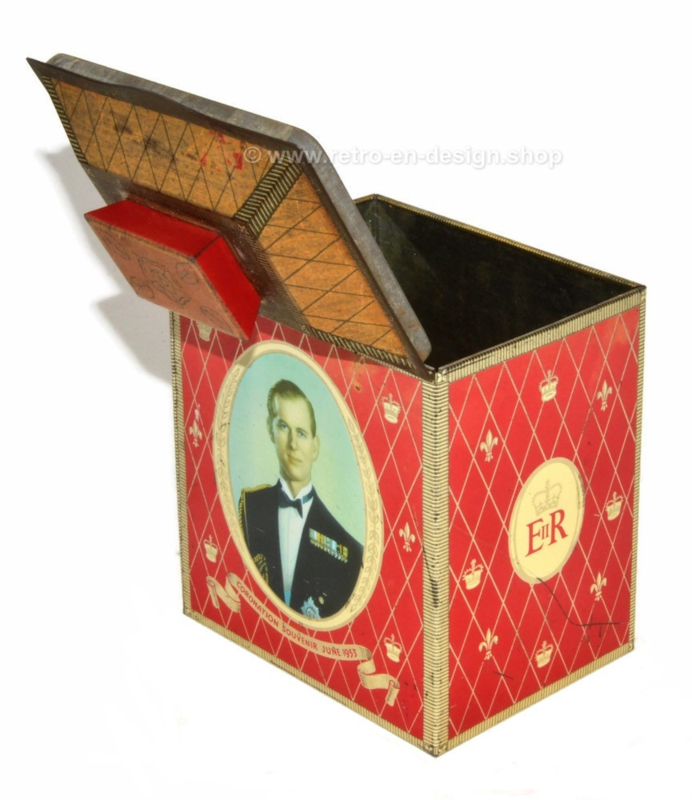 Vintage souvenir tin on the occasion of the coronation of Queen Elizabeth II in 1953.

Description
This is a very nicely designed reminder tin with a high collection value. This is a tea tin issued in honour of the coronation of Queen Elizabeth of England from the year 1953.

The tin is made with a hinged lid with bevelled surfaces on top of which a tapered handle with oblique angles as the cover. The lid is decorated with a diamond pattern. On the handle is a flower with a leaf motif.

The tin box itself has a red background with gold-coloured diamond-shaped details with heraldry and crowns. On the front in a gold medallion a state photo of Queen Elizabeth with below the text: Coronation Souvenir 1953. On the back a portrait of Prince Phillip with the same text below.

The coronation ceremony of Queen Elizabeth II as a monarch of the United Kingdom, Canada, Australia, New Zealand, the South African Union, Pakistan and Ceylon took place on June 2, 1953 in London.

Produced in 1953 by Bilsland Brothers Ltd - Hydepark Bakery. Glasgow. (also text on the bottom of the can).

Condition
This tin is in a good original vintage condition with traces of use and age-related traces of wear.

The coronation of Elizabeth II took place on 2 June 1953 at Westminster Abbey, London. Elizabeth II ascended the throne at the age of 25 upon the death of her father, George VI, on 6 February 1952, being proclaimed queen by her privy and executive councils shortly afterwards. The coronation was held more than one year later because of the tradition of allowing an appropriate length of time to pass after a monarch dies before holding such festivals. It also gave the planning committees adequate time to make preparations for the ceremony. During the service, Elizabeth took an oath, was anointed with holy oil, invested with robes and regalia, and crowned Queen of the United Kingdom, Canada, Australia, New Zealand, South Africa, Pakistan, and Ceylon (now Sri Lanka).

Celebrations took place across the Commonwealth realms and a commemorative medal was issued. It was the first British coronation to be televised; television cameras had not been allowed inside the abbey during her father's coronation in 1937. Elizabeth's was the fourth and last British coronation of the 20th century. It was estimated to have cost £1.57 million (c. £43,427,400 in 2019)