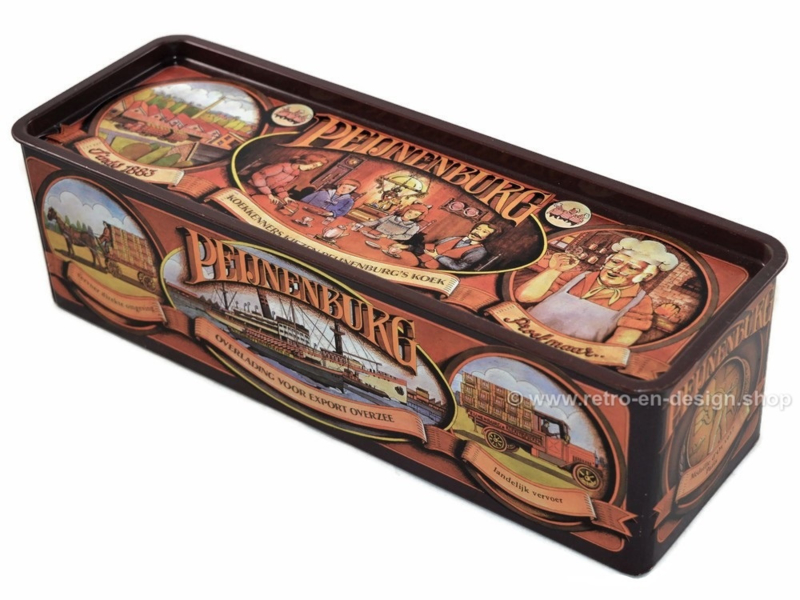 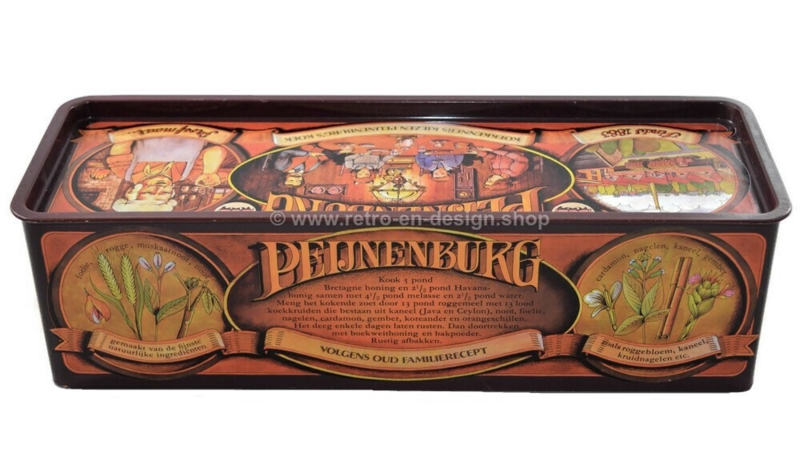 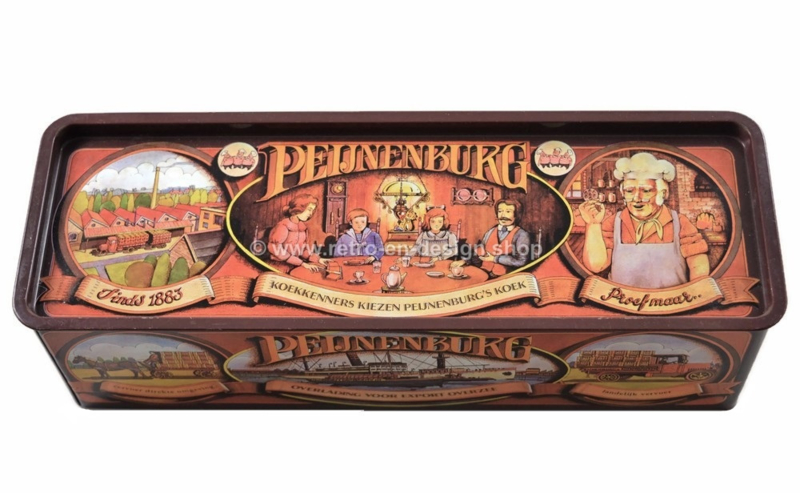 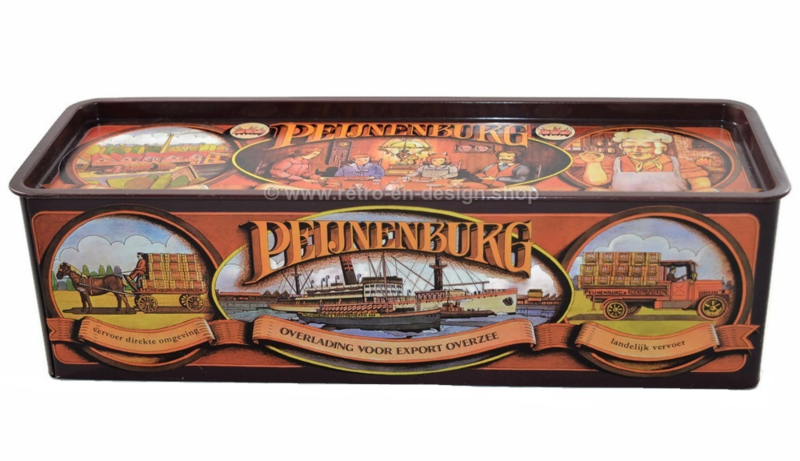 Description
Rectangular tin drum fitted with a separate containment lid. The decoration of this tin consists of a brown / orange background with on the lid on the left an image of the baker's factory from 1883 and on the right a baker's hat. In the middle a family at the table with gingerbread from Peijnenburg. Text: Cookie connoisseurs choose Peijnenburg's cake.

On the tin box itself there are images of a horse and carriage (transport in the immediate vicinity), ships including a steamship (transfer for export overseas) and a truck (national transport) on the front.

On the back of the can left and right images with mace, wheat, nutmeg, nut, cardamon, nails, cinnamon, ginger (made from the finest natural ingredients such as rye, cinnamon, cloves, etc.). In the middle the recipe for Pijnenburg gingerbread according to an old family recipe

This storage tin for gingerbread was issued on the occasion of the 100th anniversary of Peijnenburg 1883 - 1983.

Condition
This tin is in a neat vintage condition with minor traces of use and age-related traces of wear.

Peijnenburg
More than 130 years ago, in 1883, baker Harry Peijnenburg started his bakery and shop in the center of Geldrop. Like every baker, he worked on rusks, bread, cakes and pastries in the early morning hours. He and his wife sold the freshly baked products in their store during the day. and those who could not visit that store could have their fresh goods delivered to their home.

Koninklijke Peijnenburg B.V. is a gingerbread producer under the brand names Peijnenburg and Wieger Ketellapper. The company has branches in Geldrop and Sintjohannesga. In 1983 the company received the designation Royal.

The company's origins can be traced back to 1883, when Harry Peijnenburg owned a bakery in Geldrop. The gradually growing company was split in 1915, with son Harry taking over the bread and pastry, and son Johan (Mr. Han) specializing in cake and pastry. In 1917 the cake factory was established under the name De Bijenkorf. In 1920 there were 22 people employed. The company established itself at the current location and expanded strongly. In 1952 it was converted into a public limited company. A new factory was opened in 1954, still in the center of Geldrop.