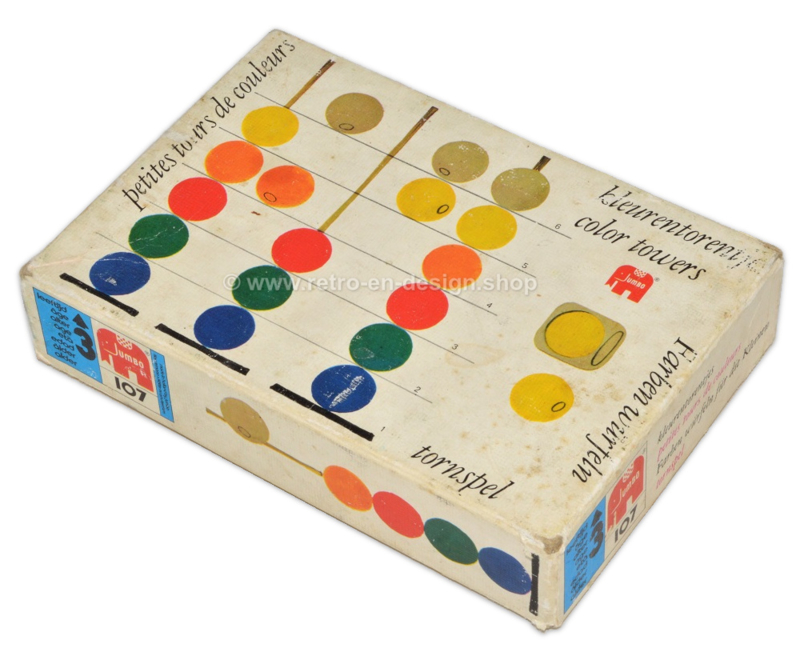 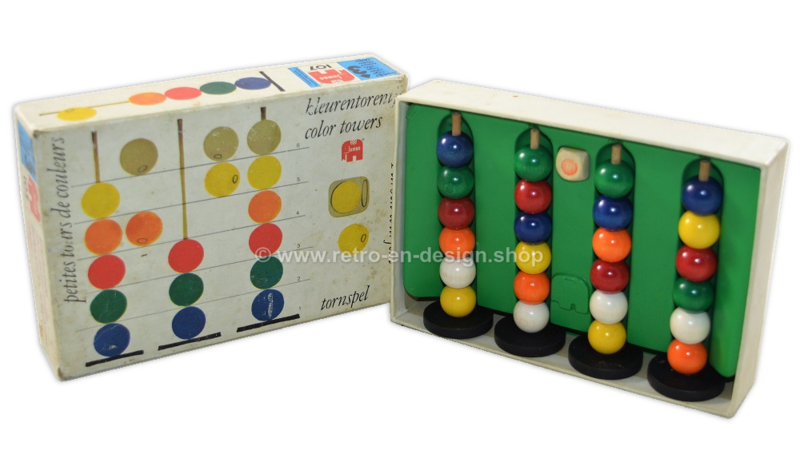 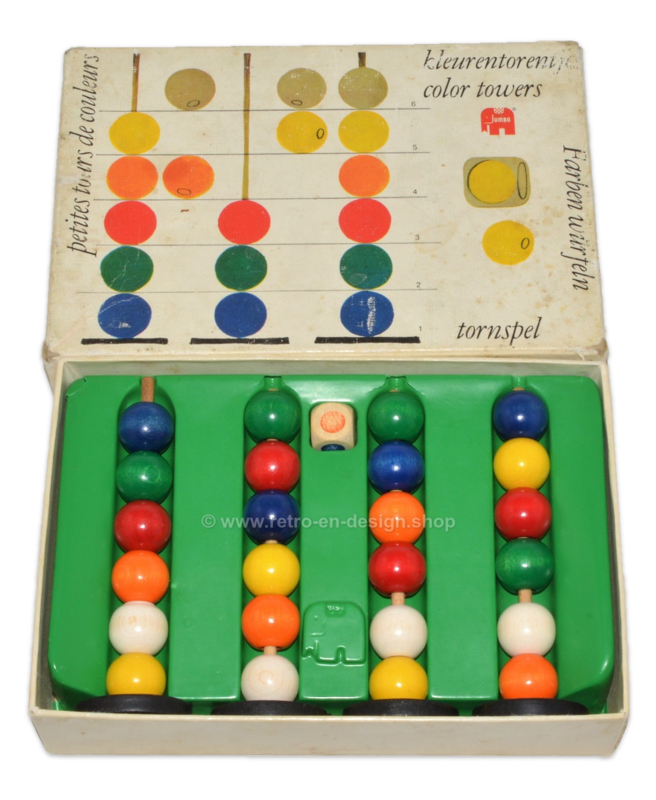 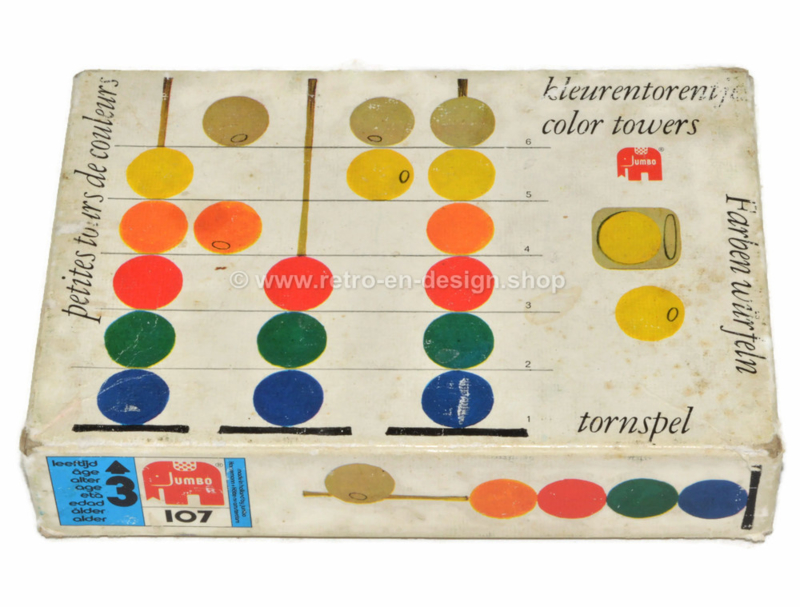 Color towers, a vintage game by Jumbo from 1970

Color towers, a vintage game by Jumbo from 1970.

Description
The child learns to distinguish and recognize colors in a playful way. With polished wooden beads and a colored dice. Who is the first to put all colors in a row?

Color towers is a very simple game for little kids. It is played with a dice with 6 different colors. Every player receives a platform with a stick on which they have to put 6 different colored balls. Who got them first in the same order as they are shown on the box has won.