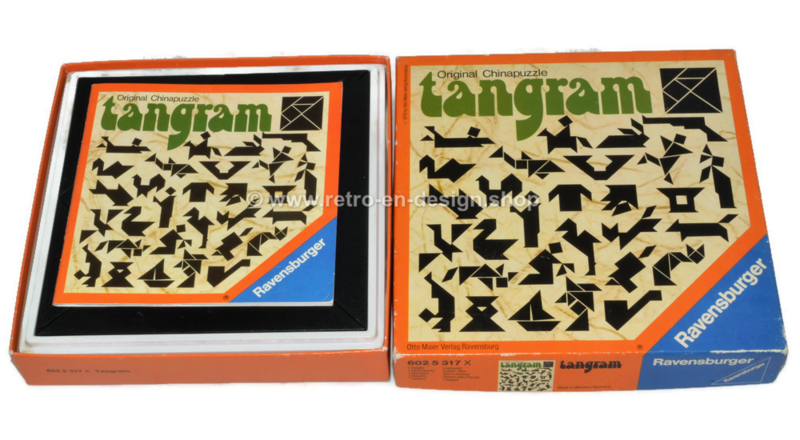 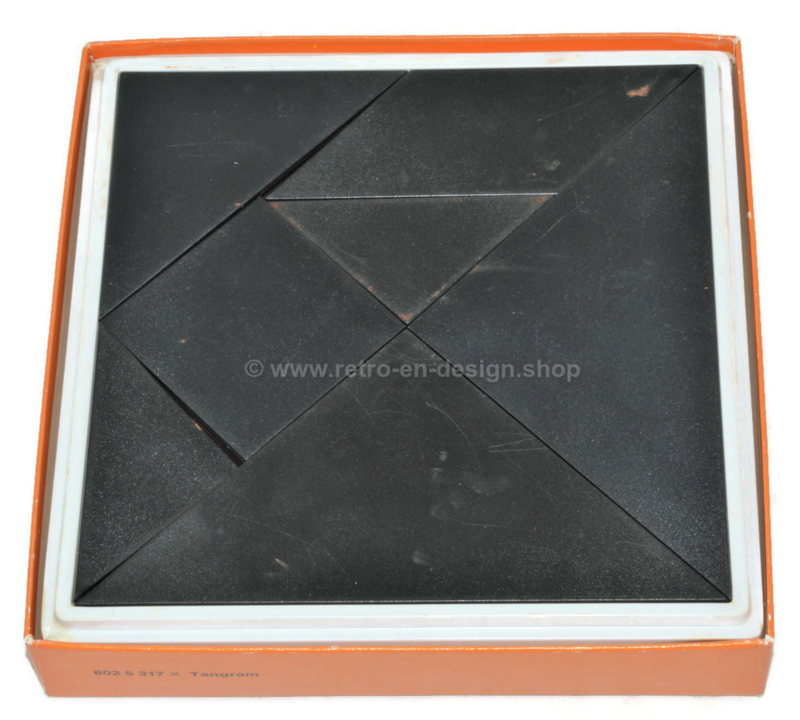 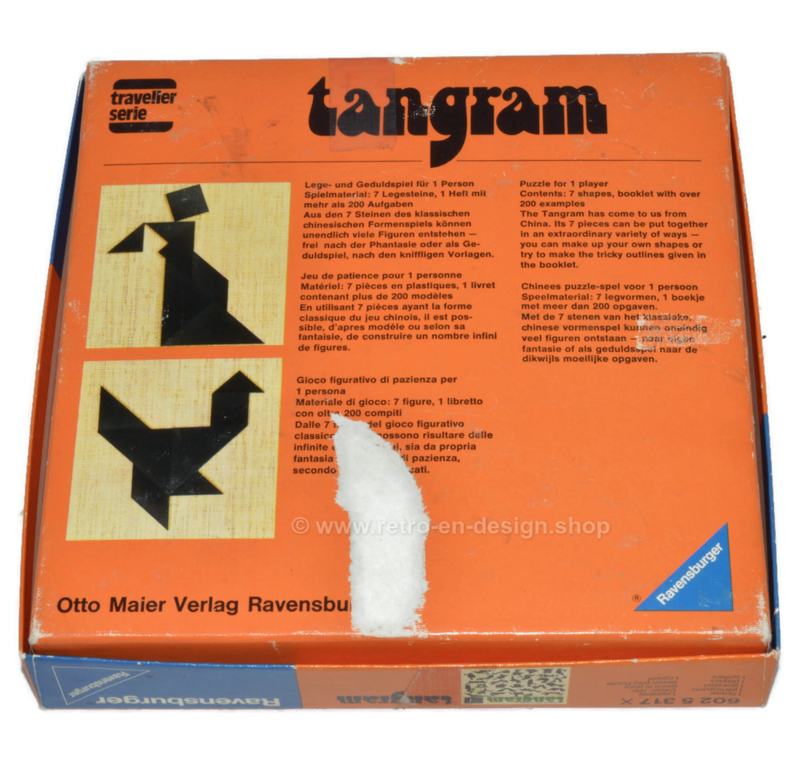 Description
Among the many laying games known in Europe, Tangram occupies a very special place. For example, an ordinary puzzle is made up of a large number of pieces of different shape and the difficulty is mainly determined by the number of pieces. With Tangram, the number and shape of the pieces is always the same. The game consists of 7 simple geometric shapes, which together form a square. Even merging this square without looking at the solution on the back of the book is not easy.

Content
7 lay forms of the classical Chinese game, booklet with introduction and 250 exercises and solutions.

Manual in 5 languages including;

Condition
This original vintage game is in a used condition with age-related traces of wear.

Ravensburger is a manufacturer of board games and puzzles with its headquarters in Ravensburg, Baden-Württemberg, Germany.

The greatest success of Ravensburger is the Memory game. This game, which was released in 1959, was immediately the best-selling game of the year. Characteristic of the Memory game is that it is won more often by children. This is because their short-term memory is better than that of adults. More than 50 million copies have been sold since 1959. Ravensburger is a leader in the field of puzzles and board games. Ravensburger has published more than 18,000 books and 850 games today.

Number of players
For 1 person