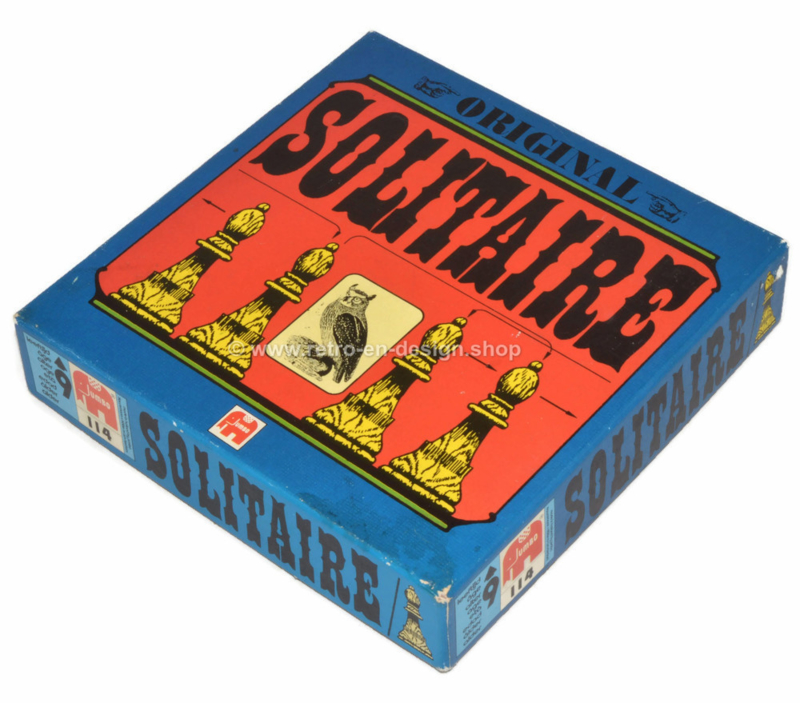 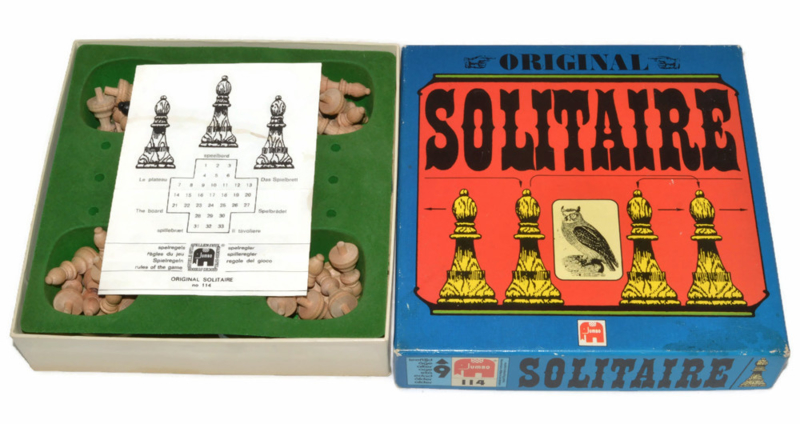 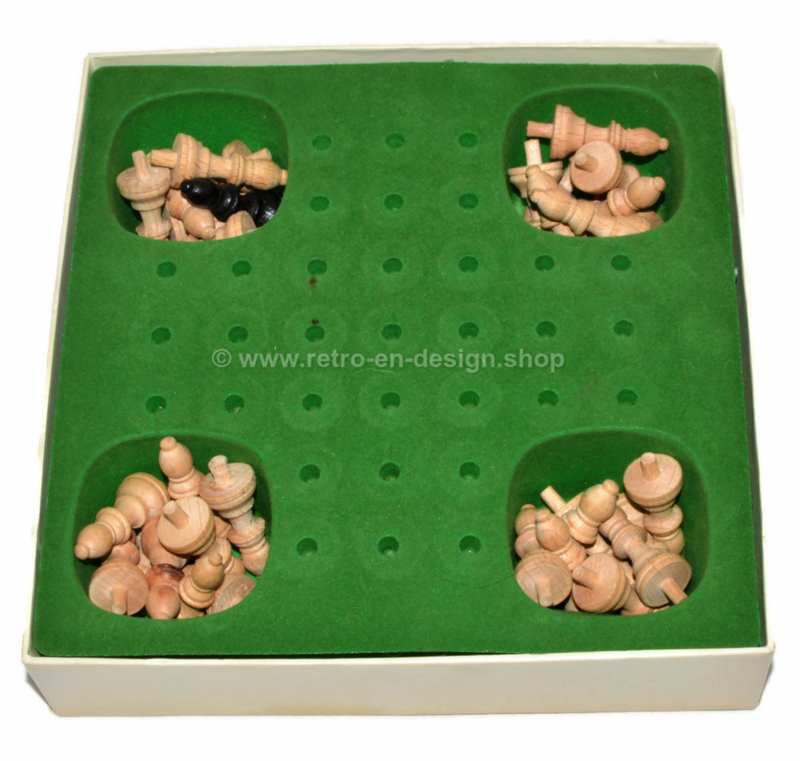 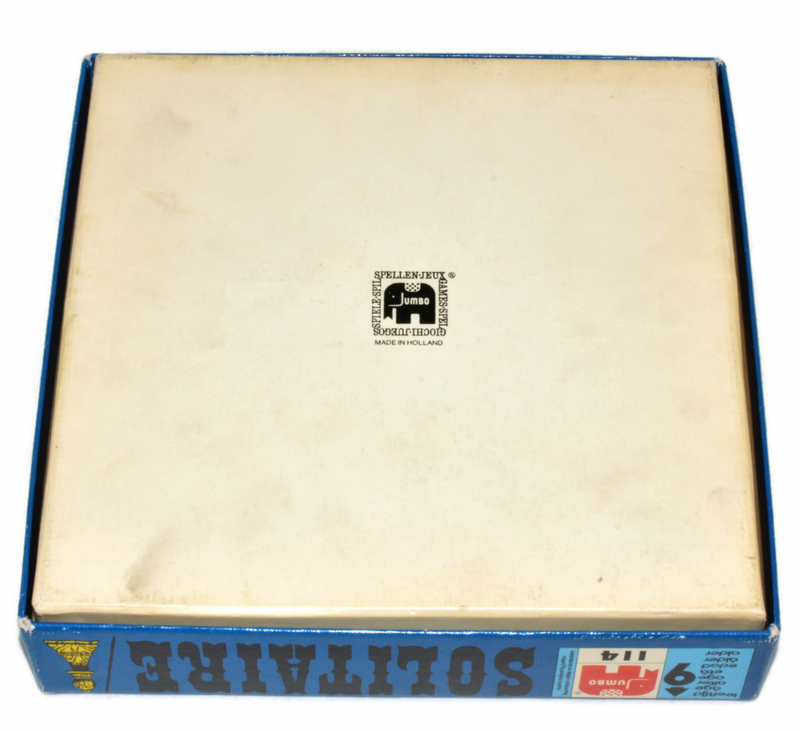 Description
A patience game for one person. The Solitaire game board has 33 holes. 32 pawns are placed here. The trick now is to beat the pawns piece by piece until only one pawn remains.

Condition
This game is in a good vintage condition. The box shows slight traces of use and age-related traces of wear.

Number of players
For 1 person