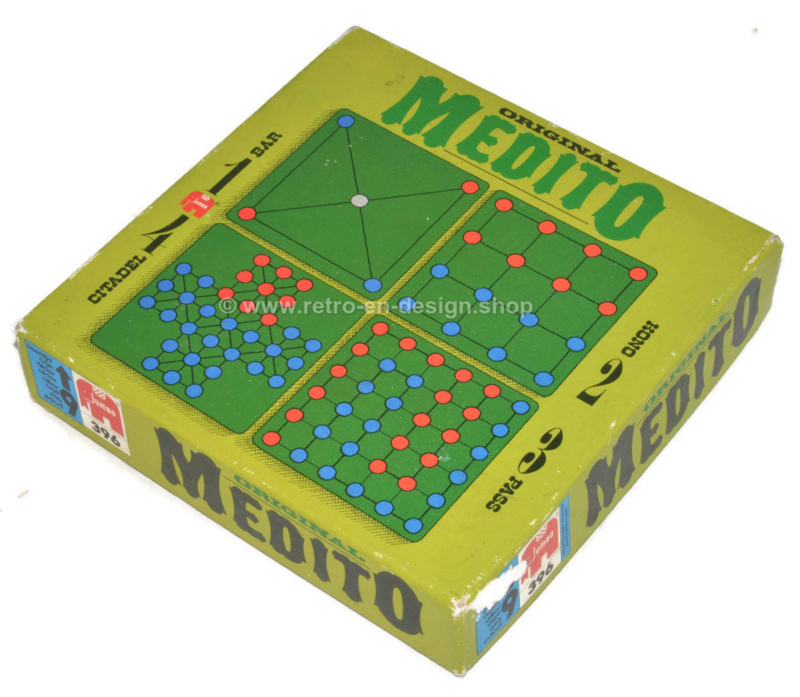 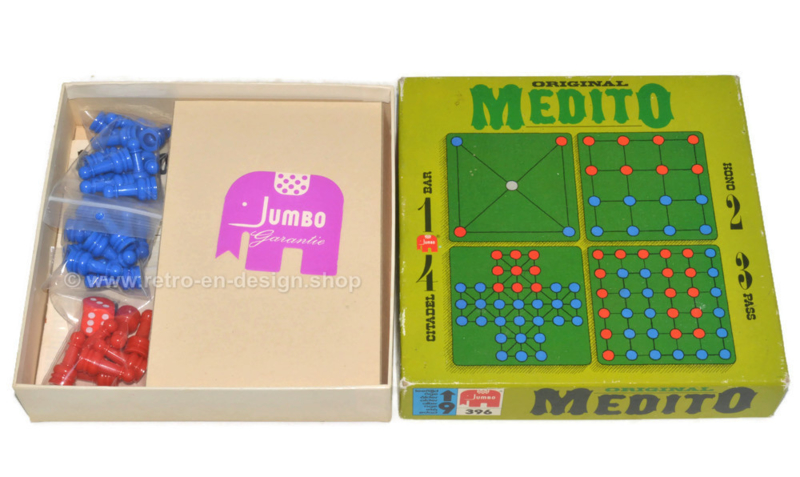 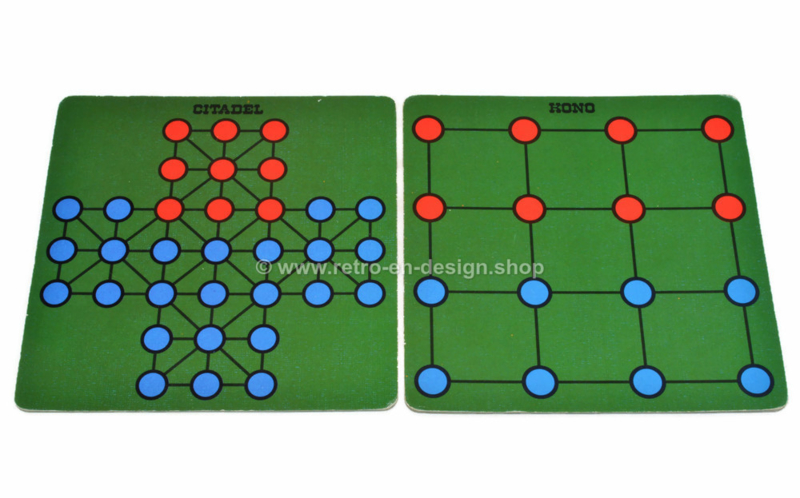 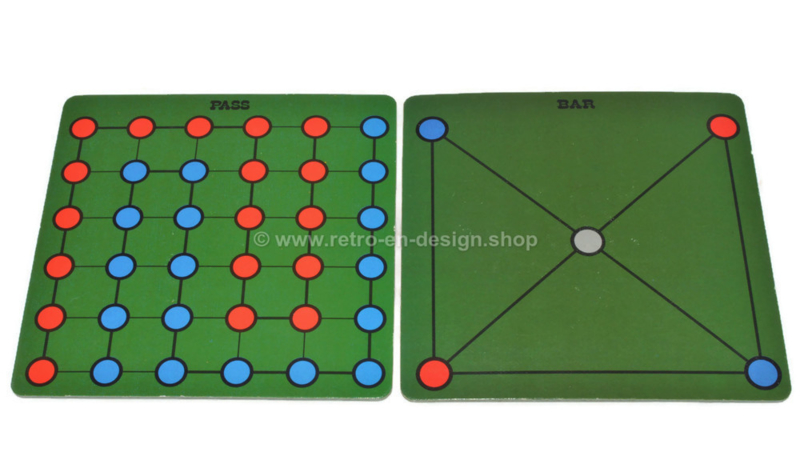 Kono
The game board with the 8 red and 8 blue dots that are connected by lines is used for this.

Citadel
This game is played with 2 red and 24 blue pawns.

Bar
The 2 red and 2 blue pawns are placed on the dots of the same color. Take turns turning one of the pawns along the indicated lines. move from dot to dot.

Condition
This game is in a good vintage condition with traces of use and age-related traces of wear.