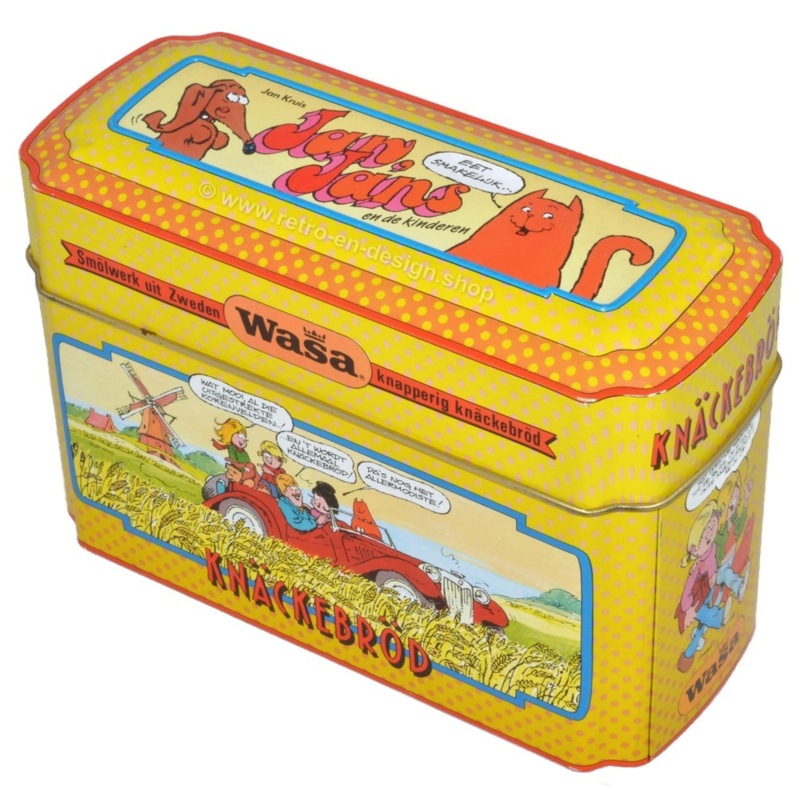 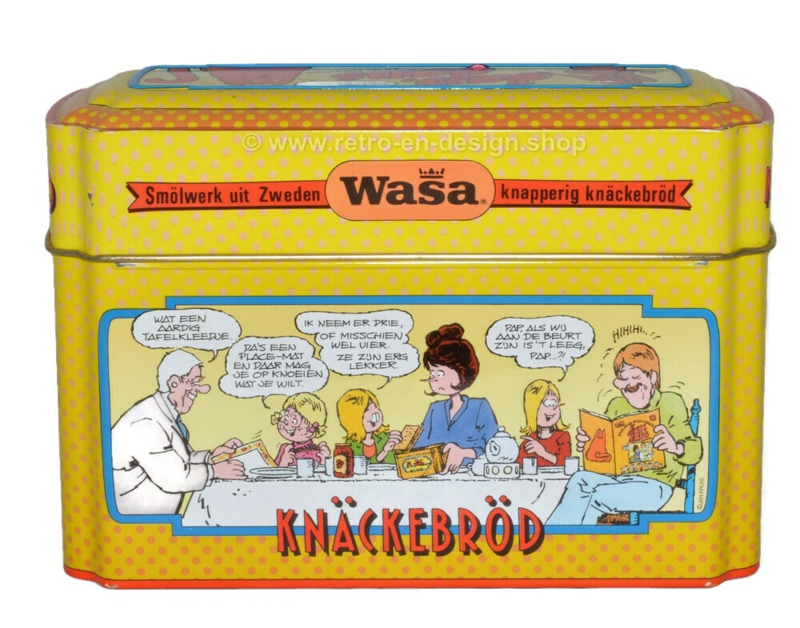 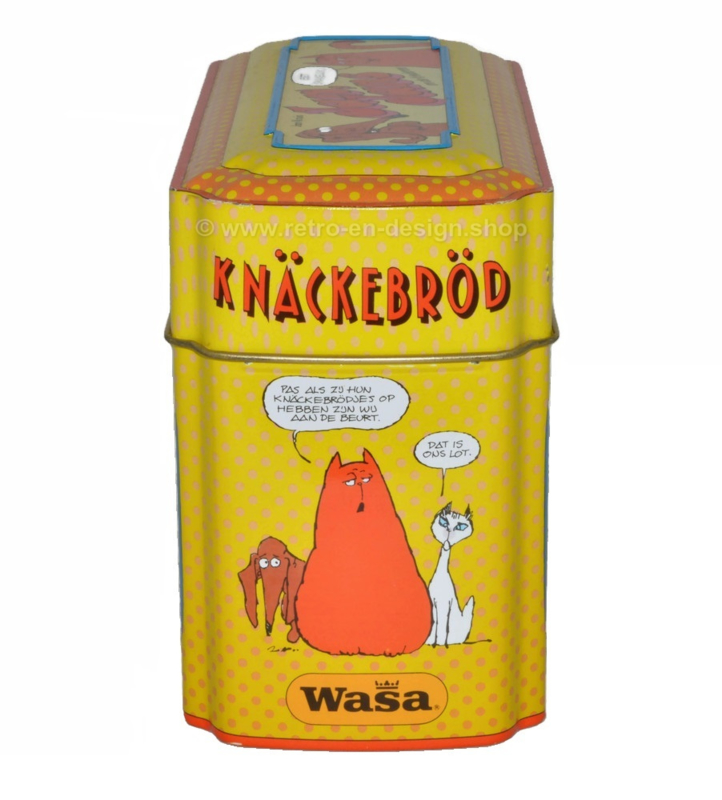 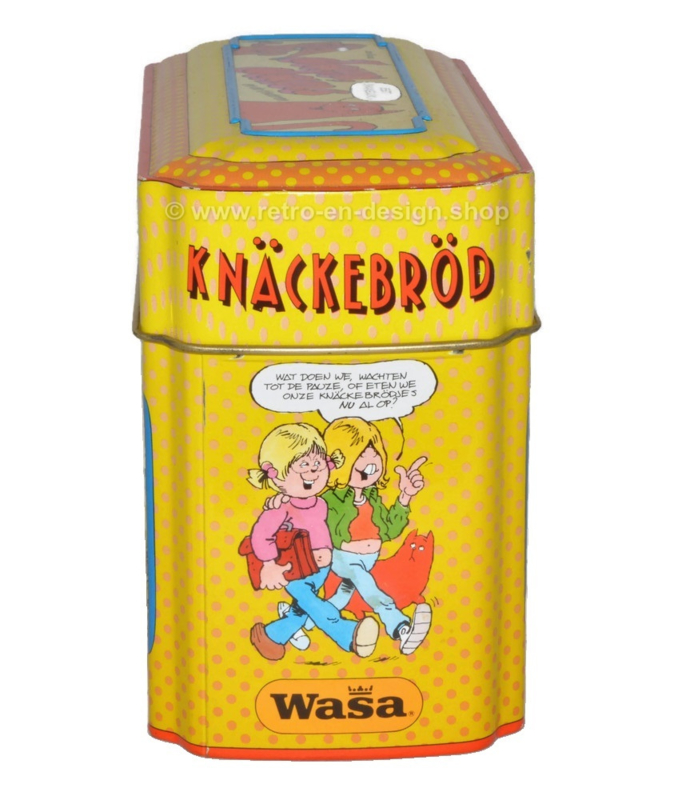 Vintage storage tin for WASA crispbread with Jck, Jacky and the Juniors by Jan Kruis

Vintage storage tin for WASA crispbread with Jck, Jacky and the Juniors by Jan Kruis.

For the collector! Collect them all!

The well-known and much sought after tin of Jan, Jans en de Kinderen (Jack, Jacky and the Juniors) for Wasa Knäckebröd. The beautiful designed storage tin protects your crispbread and keeps it deliciously crispy.

Description
Rectangular tin with rounded corners. The tin has a loose lid with high rim. The decoration of this tin consists of a bright yellow background with orange details. On the can and lid are various drawings of the cartoon characters in question, in which they talk about Wasa Knäckebröd.

Jack, Jacky & the Juniors (Jan Jans en de Kinderen) is a Dutch comic strip by Jan Kruis chronicling the events of an average family. In 1999 he handed over his creations to Studio Kruis.

WASA
The Swedish company Wasabröd is the largest producer of crusty bread in Scandinavian style in the world (Swedish: crispbread). The Wasabröd company has existed since 1919.

The Wasa bakeries are located in Filipstad Sweden and in Celle Germany. From these two locations crispbread and other products for a large number of countries around the world are baked here.

The Wasa brand was originally that of a certain product, Vasaknäcke, with an image of King Gustavus Vasa. The company has both a royal crown and the peculiar heraldic cargo, the robe (Swedish: vase), which gave name to the Vasa dynasty, used in its marketing. (The use of the letter W instead of V is an archaism in Swedish; it is not uncommon in marketing, but does not affect pronunciation.)

Wasabröd produces a wide range of crispy breads. The original crusty bread is made from rye, but their different products include sesame, wheat and other grains. Just like matzo, Wasa is known for its long service life.