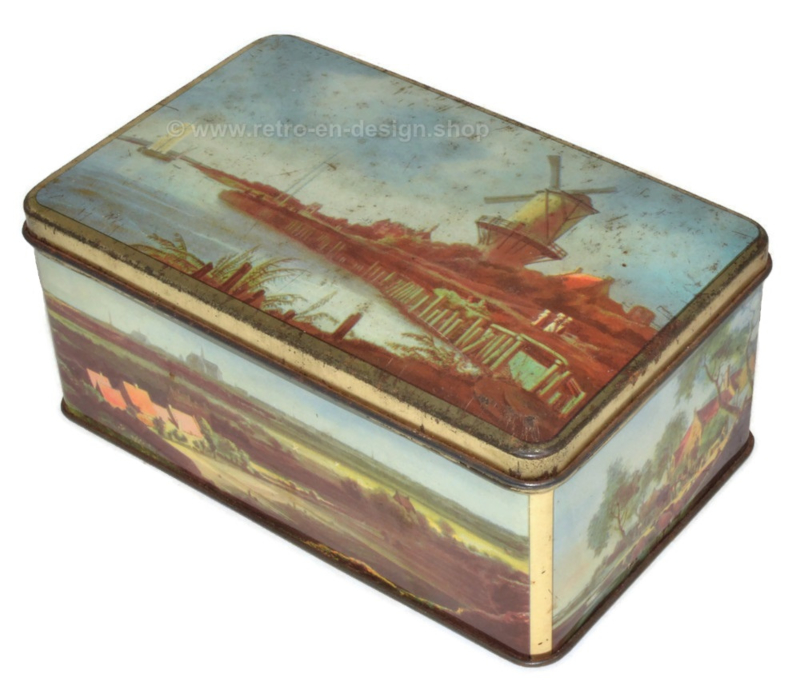 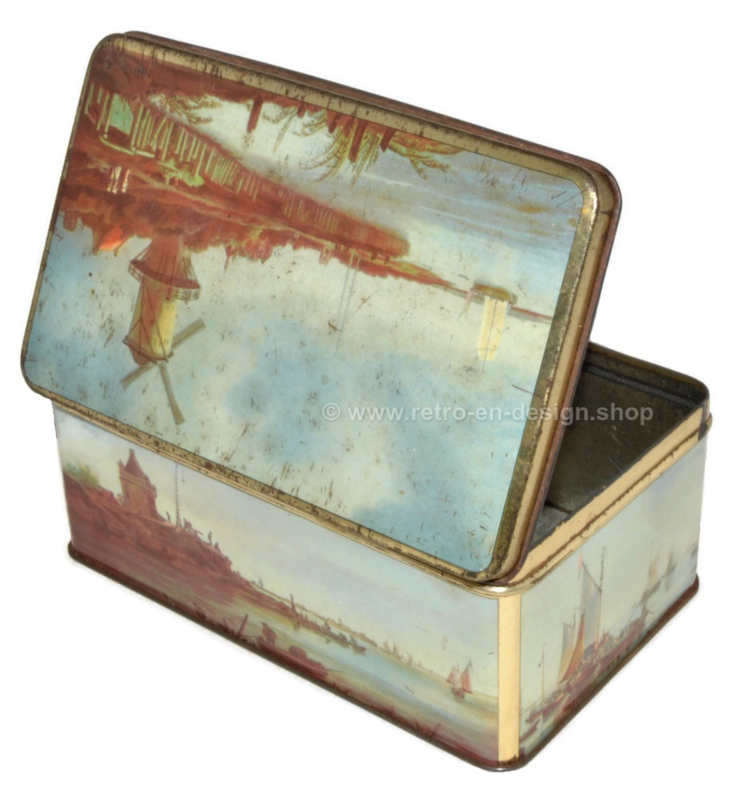 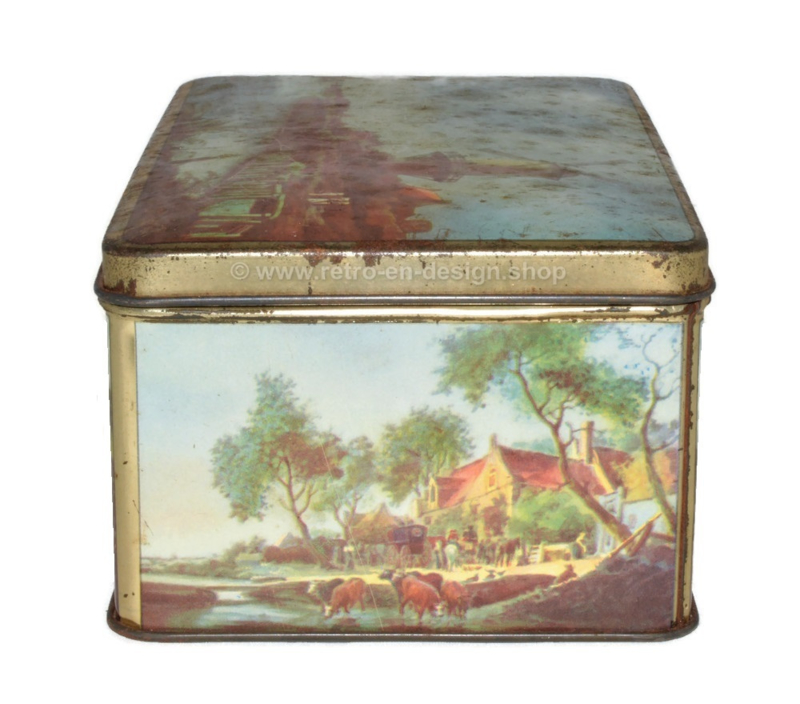 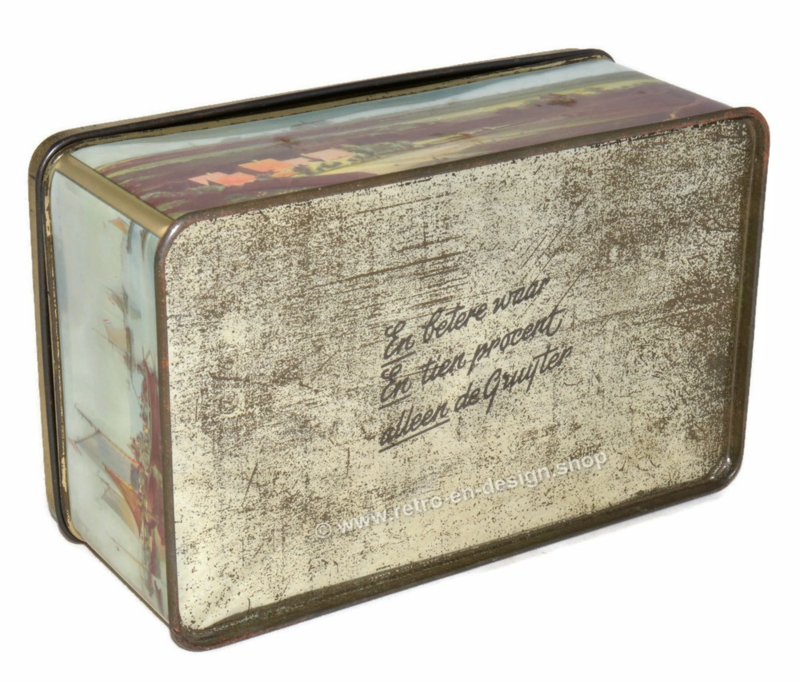 Description
Vintage metal cocoa tin with a rectangular shape by the Gruyter. This tin is equipped with a hinged lid. The tin is decorated with various typical Dutch landscapes, both on the sides of the tin and on the lid. Rolled edge on the lid and on the underside of the tin.

At the bottom of the tin the familiar slogan: ("En betere waar en 10% korting alleen de Gruyter") - translated: "And better value and 10% discount only the Gruyter".

In the sixties, De Gruyter group reached his peak. There were more than 550 stores and nearly 7,500 employees. In 's-Hertogenbosch had arisen large production sites. The group had food shops scattered throughout the country.