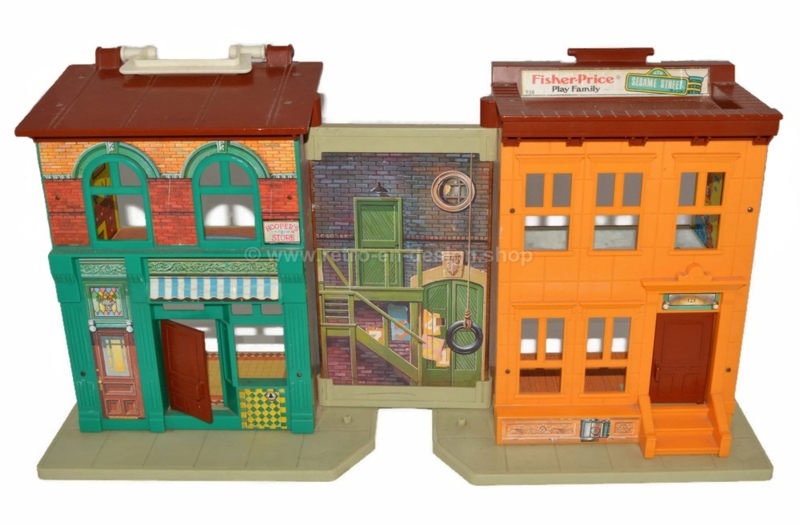 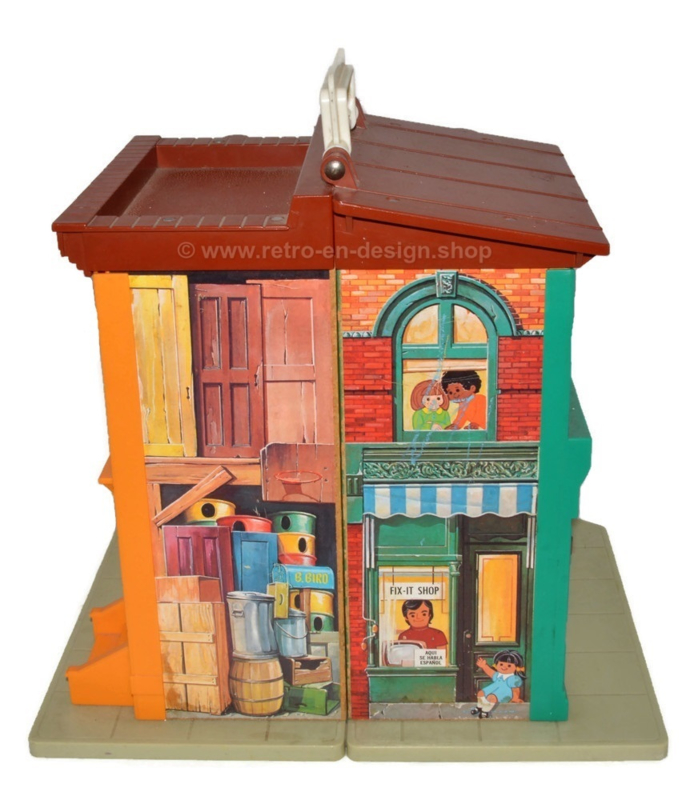 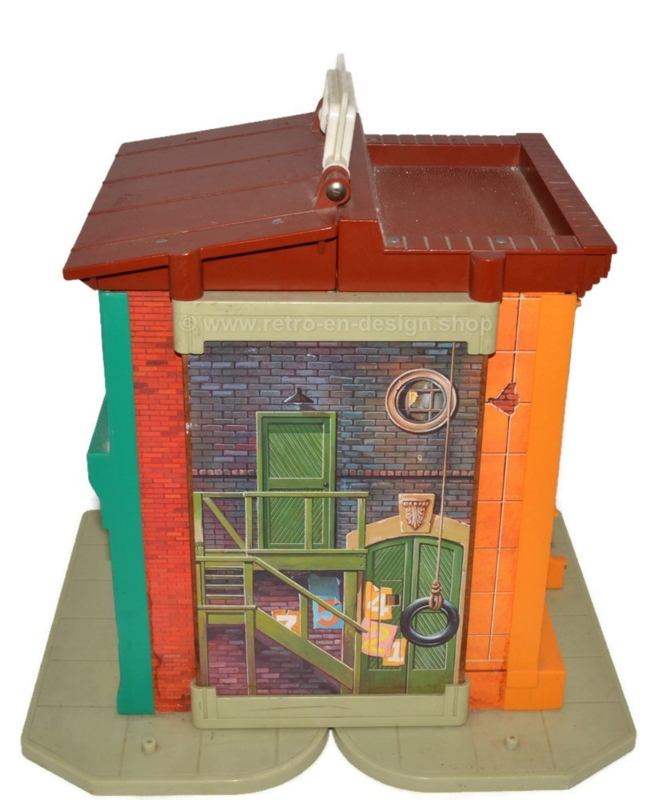 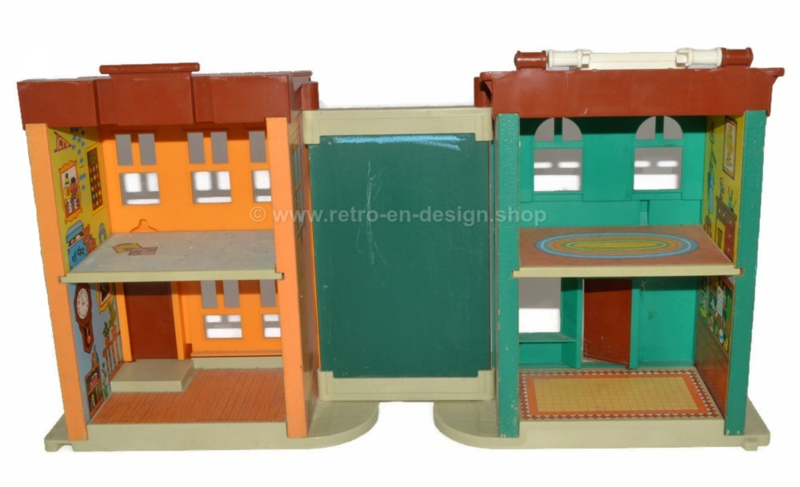 Description
This folded and unfoldable Sesame Street toys house made by Fisher Price in 1974 consists of two parts. When folded, it forms one large apartment that can be viewed from the outside on all sides. The toy house can be folded in and out using the hinged handle on the top.

Once unfolded, we see the two apartments on the inside together with the four rooms. Between the buildings there is a green and usable chalkboard. 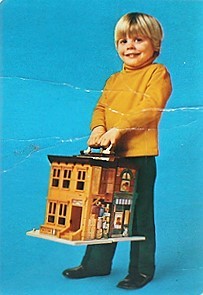 Condition
This Fisher Price Sesame street Little People toy house is still in a very good condition with, certainly for its age (1974), very small traces of use and age-related traces of wear. All stickers are still present and intact! Near mint condition!

Fisher-Price produced a Sesame Street line of Little People between 1974 and 1979, with two building sets and 16 characters.

The first set, "Sesame Street Apartments" (#938), was produced in 1974 and released in 1975. This toy was designed to look like the main Sesame Street set, including the 123 Sesame Street brownstone and Hooper's Store. On the other side of the brownstone section, decorations on the inside showed Ernie and Bert's apartment on the top floor, and Gordon and Susan's apartment on the first floor. The set also included Big Bird's nest and the Sesame Street signpost. Eight characters came with this set -- Gordon, Susan, Mr. Hooper, Ernie, Bert, Big Bird, Oscar the Grouch and Cookie Monster.

As a side note, this set also was the first urban environment produced for the Fisher-Price Little People.