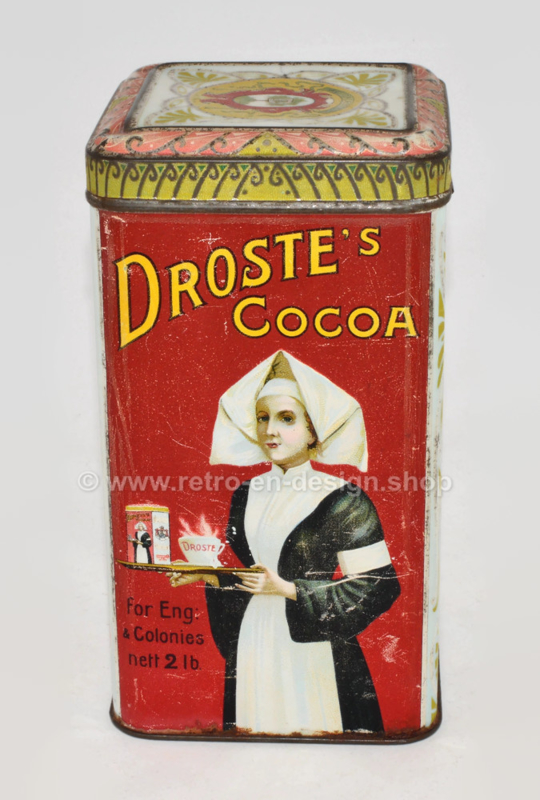 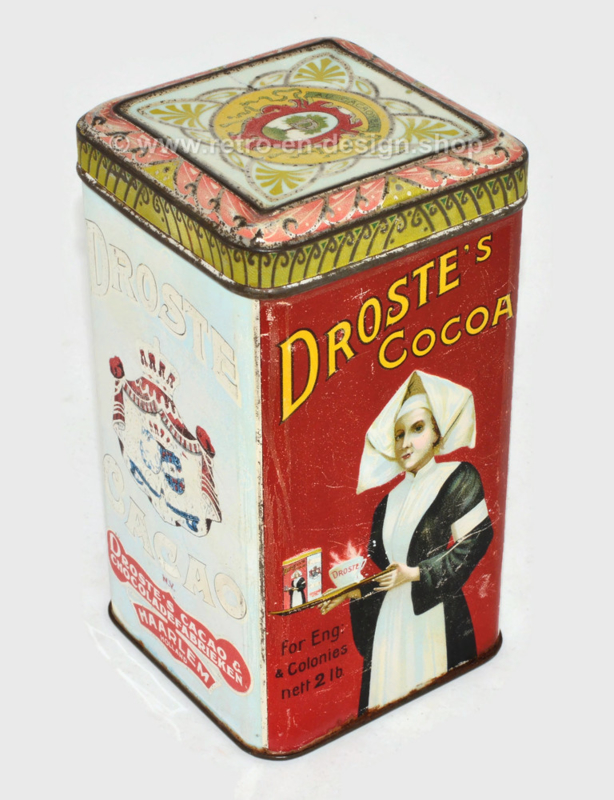 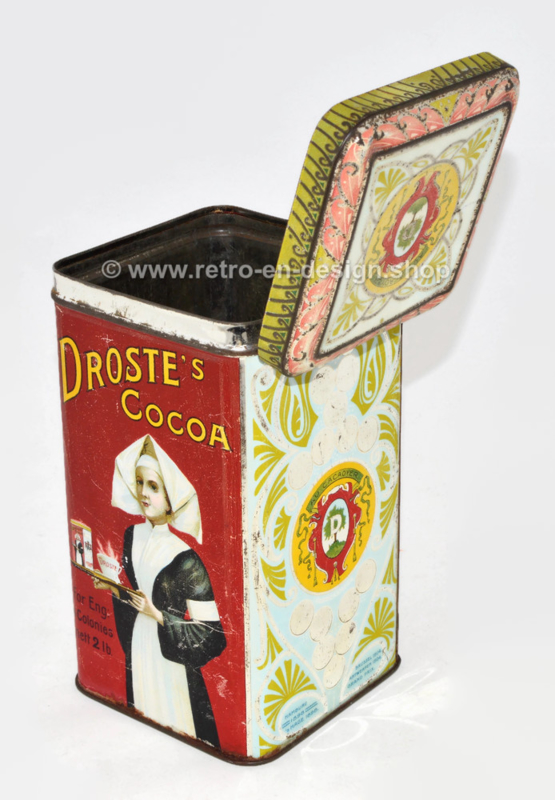 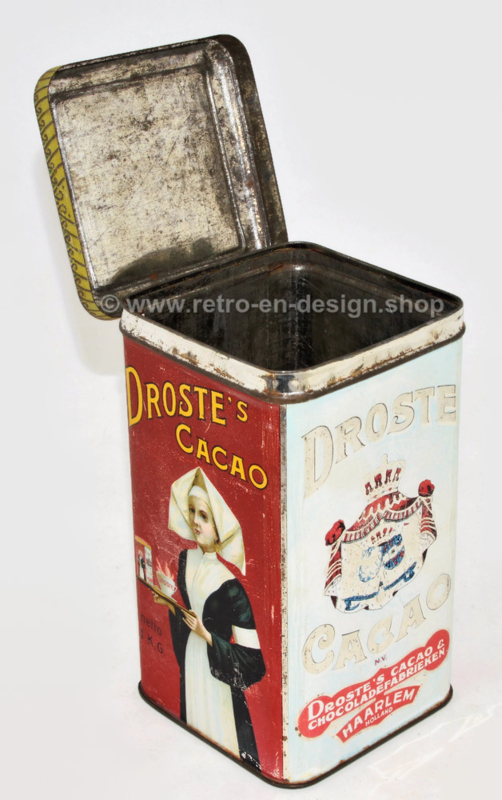 Description
Square tin with rounded corners and raised hinged lid with company name and product name on red and light blue background. On the lid and back the factory brand Droste, consisting of a shield with, in an oval, a tree with the letter "D" inside. Seven medallions on the top and bottom of the factory brand. National coat of arms on front. On the sides a nurse in black and white uniform with a cup with company name and a cocoa tin on a tray. Lid decorated with curly motifs.

Condition
This tin is in a vintage condition with various traces of use and age-related traces of wear. Image of nurse clearly visible on front and back. Sides faded and worn.

Droste was founded by Gerardus Johannes Droste in 1863 in the city of Haarlem. The company started as a confectionery business selling various types of candy, including the Droste chocolate pastilles that are still being sold today. Because of the growing reputation, the firm G.J. Droste opened its first factory in 1890.

The entire chocolate making process took place in the same building as where the retail store was located. In 1891, the factory was relocated to the Spaarne river due to lack of room in the old building. This new location was favourable because the raw materials could now be delivered by boat. Likewise, the shipping of finished products was done on water, improving the distribution process.

In 1897, the leadership of the Droste factory was handed over to the sons of Gerardus J. Droste. In the meantime, Droste's assortment had grown to numerous cocoa and chocolate products, the famous Dutch chocolate letters included.

The company had also been winning a significant market share in both the Netherlands and foreign countries, in spite of the competition from larger chocolate manufacturers. In 1898 Droste officially acquired the right to bear the coat of arms of queen dowager Emma. After the turn of the century the company had been exporting its products to Belgium, Germany and France, and in 1905 it entered the American market.

The nurse.
The famous illustration of the woman in nurse clothes, holding a plate with a cup of milk and a Droste cocoa package, first appeared on Droste products around the year 1900. It is believed that this illustration was created by Jan (Johannes) Musset, being inspired by a pastel known as La Belle Chocolatière ("The Pretty Chocolate Girl").

The image would proclaim the wholesome effect of chocolate milk and became inseparable from the Droste brand. The illustration reappears on the cocoa package held by the nurse, inducing a recursive visual effect known today as the Droste effect. The effect was named after Droste for this illustration.