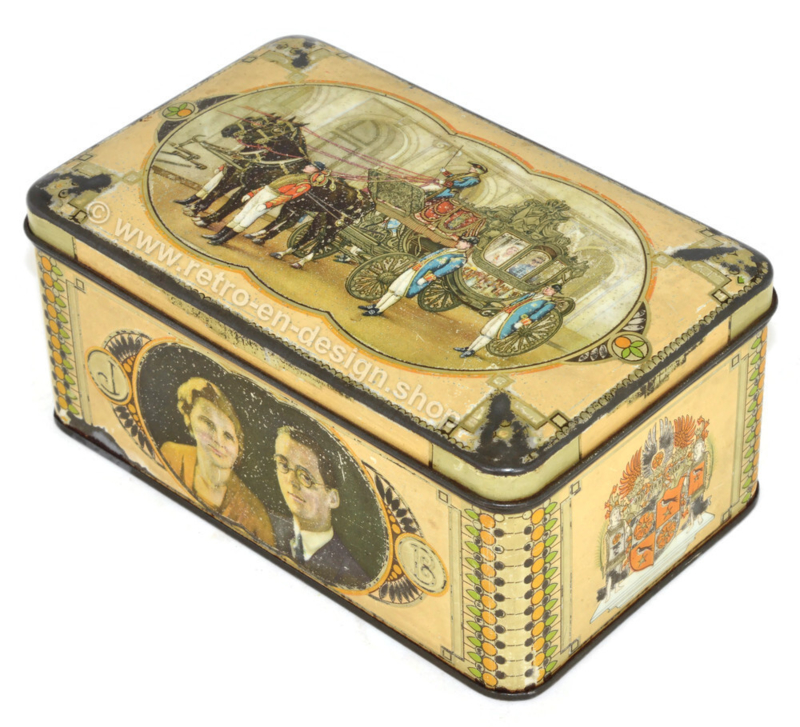 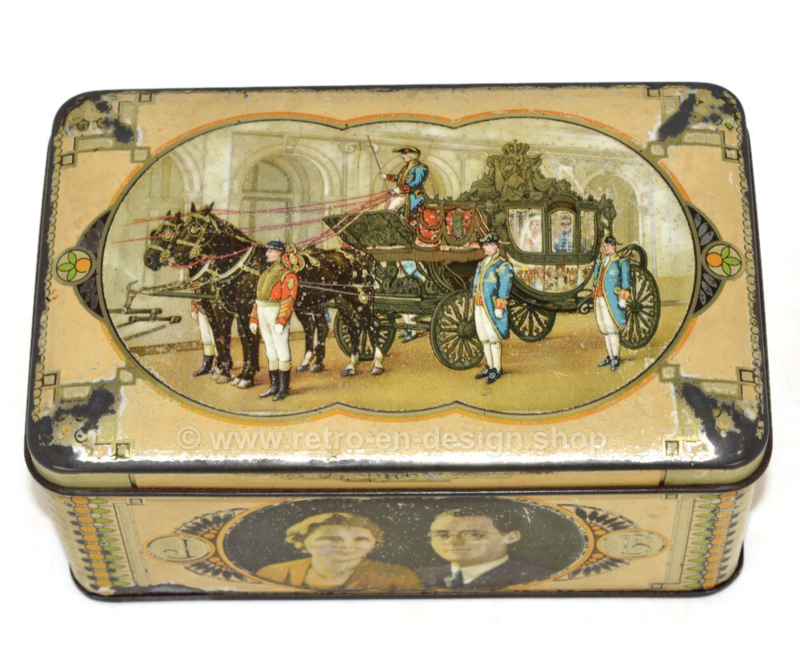 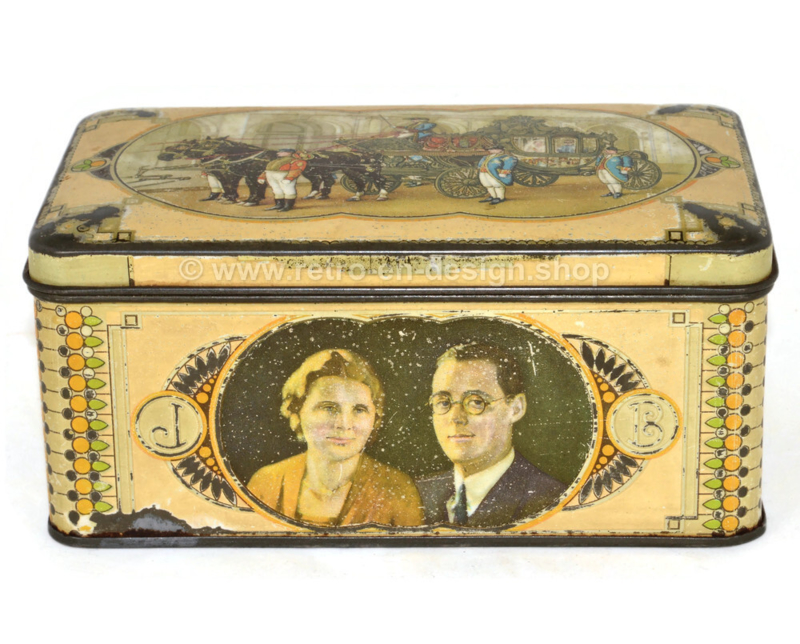 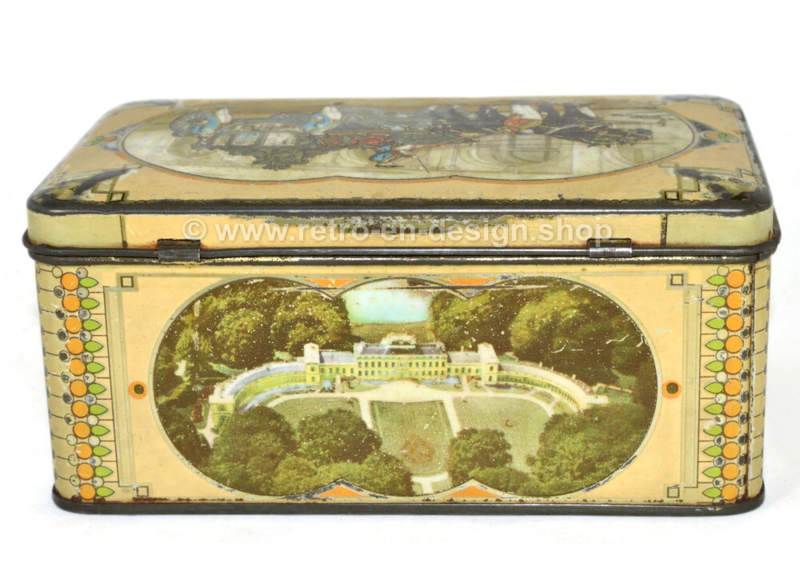 Description
Vintage tin issued in 1937 in honor of the marriage between Juliana and Bernhard. Hinged lid with picture of the golden carriage and royal couple. Decoration surface vanilla yellow.

The short sides of this tin are decorated with, among other things, the coat of arms of the Netherlands with the text: Je Maintiendrai.

As early as 9 September 1936 Wilhelmina solemnly announced the engagement of her daughter Princess Juliana to the German Prince Bernhard von Lippe-Biesterfeld. The civil wedding of Princess Juliana and Prince Bernhard was concluded in the city hall of The Hague. The church blessing took place in the Grote or Sint Jacobskerk. From that moment on, the couple moved into Soestdijk Palace in Baarn.

Condition
This tin is in an original vintage condition and shows traces of use and age-related traces of wear. Photos are part of the description.

Marriage Juliana and Bernard
In the 1930s, Queen Wilhelmina began a search for a suitable husband for her daughter. At the time, the House of Orange-Nassau was one of the most strictly religious royal families in the world, and it was very difficult to find a Protestant prince who suited their standards. Princes from the United Kingdom and Sweden were "vetted" but either declined or were rejected by the princess.

At the 1936 Winter Olympics in Bavaria, she met Prince Bernhard of Lippe-Biesterfeld, a young German aristocrat. His rank and religion were suitable; so Princess Juliana's royal engagement was arranged by her mother. Princess Juliana fell deeply in love with her fiancé, a love that was to last a lifetime and that withstood separation during the war and Bernhard's extramarital affairs and illegitimate children. The astute Queen Wilhelmina, by then the richest woman in the world, left nothing to chance. Wilhelmina had her lawyers draw up a prenuptial agreement that specified exactly what the German-born prince could and could not do, and what money he would receive from the royal estate. The couple's engagement was announced on 8 September 1936.

Je maintiendrai (Dutch: I will maintain) has been the Dutch motto since 1815.

The spell is actually the weapon spell of the house of Orange-Nassau, which William of Orange inherited with the principality of Orange through the legacy of René van Chalon.