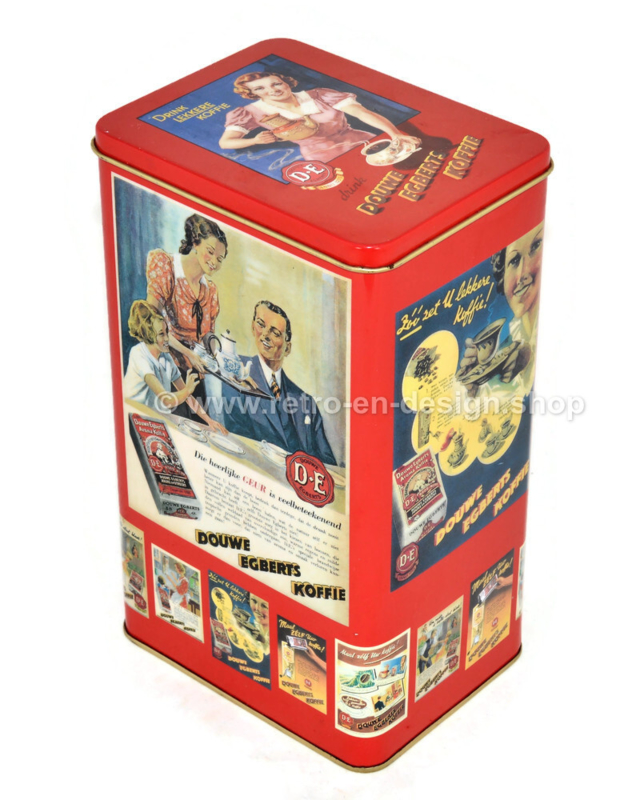 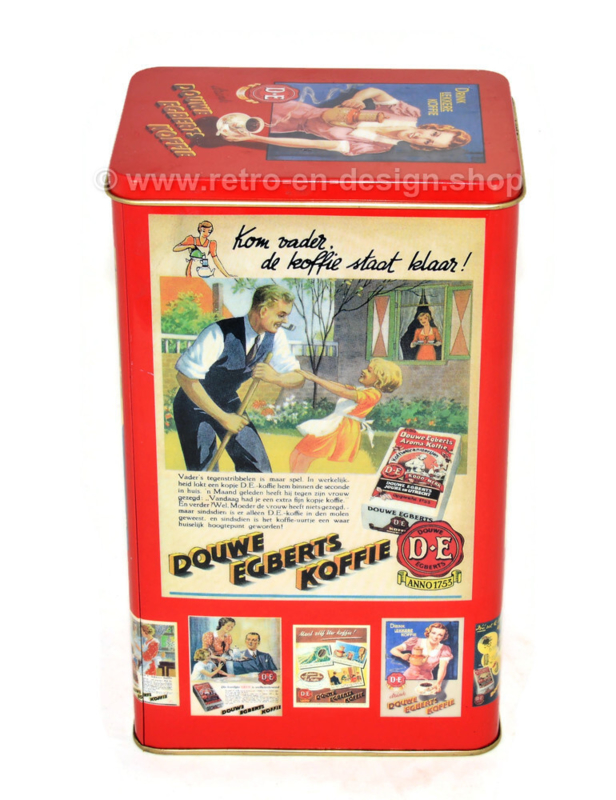 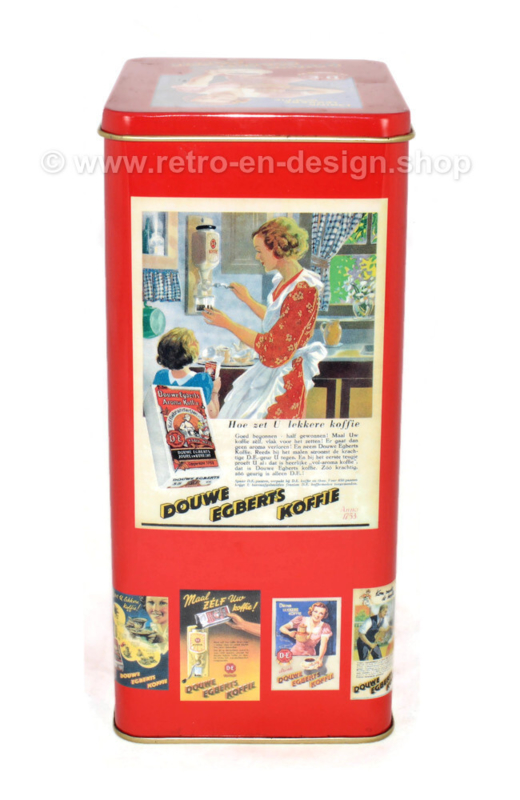 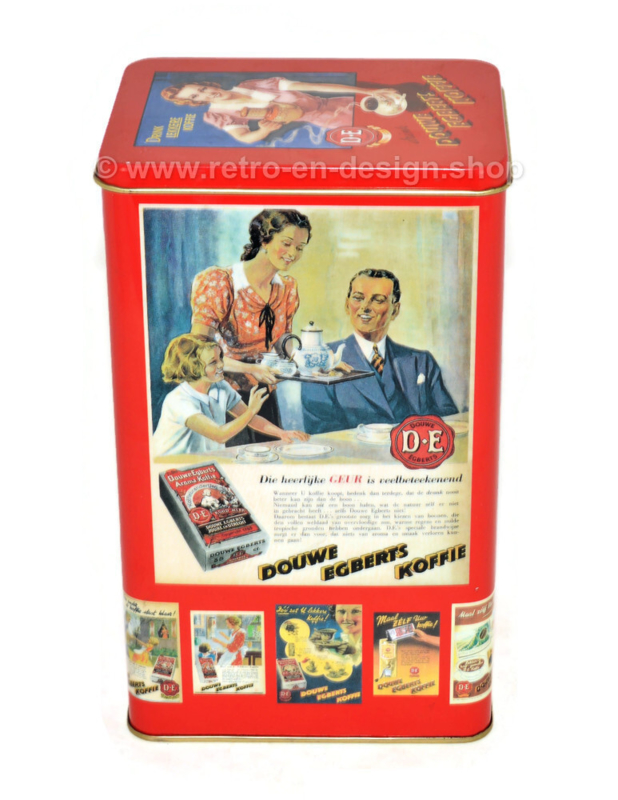 Description
High coffee tin suitable for a whole pack of coffee. The tin is fitted with a separate lid. The decoration of this tin consists of a red background and is decorated on each side with various nostalgic images, such as advertisements from the past.

Condition
This tin is in a good condition with normal traces of use and age-related traces of wear. Photos are part of the description. 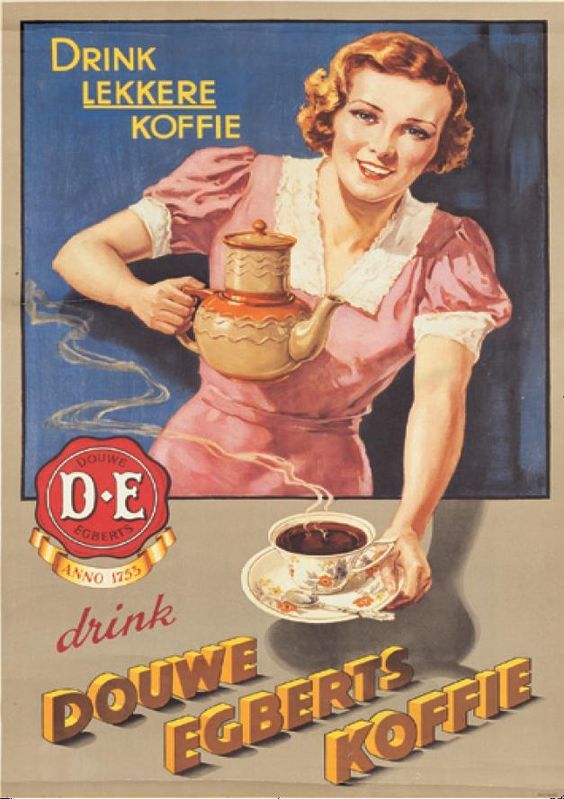 Coffee is a brewed drink prepared from roasted coffee beans, the seeds of berries from certain Coffea species. Once ripe, coffee berries are picked, processed, and dried. Dried coffee seeds (referred to as "beans") are roasted to varying degrees, depending on the desired flavor. Roasted beans are ground and then brewed with near-boiling water to produce the beverage known as coffee.

Coffee is darkly colored, bitter, slightly acidic and has a stimulating effect in humans, primarily due to its caffeine content. It is one of the most popular drinks in the world, and it can be prepared and presented in a variety of ways (e.g., espresso, French press, caffè latte). It is usually served hot, although iced coffee is a popular alternative.

The word "coffee" entered the English language in 1582 via the Dutch koffie, borrowed from the Ottoman Turkish kahve, borrowed in turn from the Arabic قهوة qahwah. The Arabic word qahwah was traditionally held to refer to a type of wine whose etymology is given by Arab lexicographers as deriving from the verb قَهِيَ qahiya, "to lack hunger", in reference to the drink's reputation as an appetite suppressant.