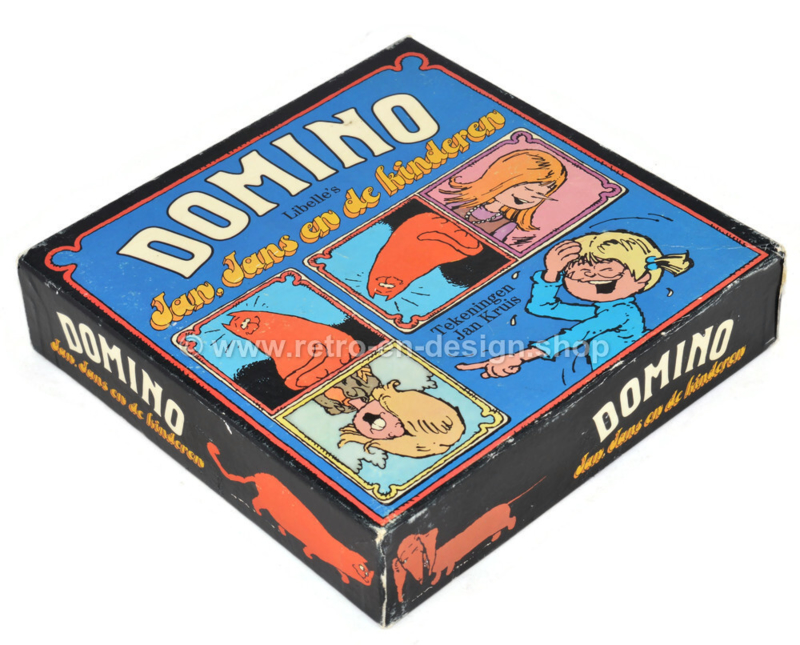 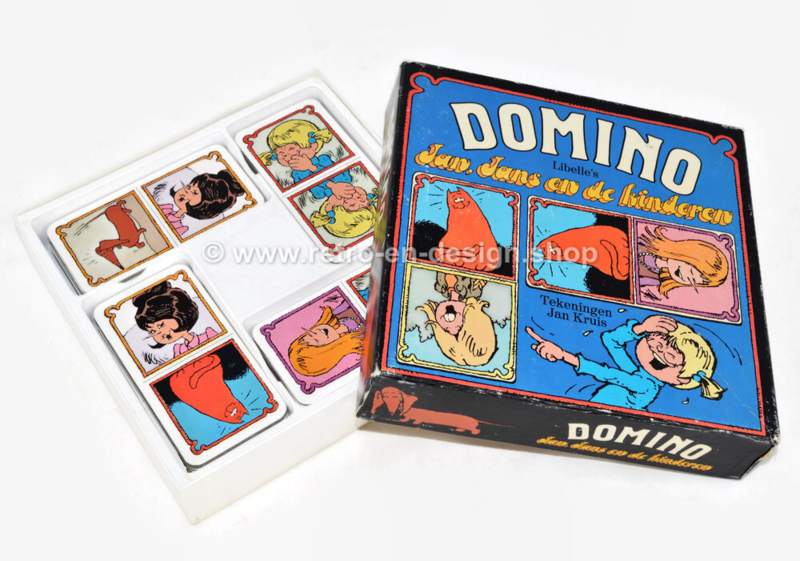 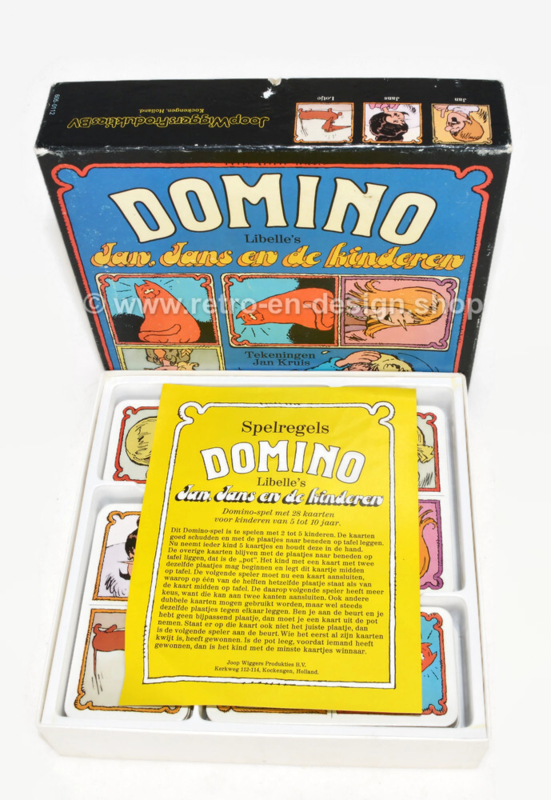 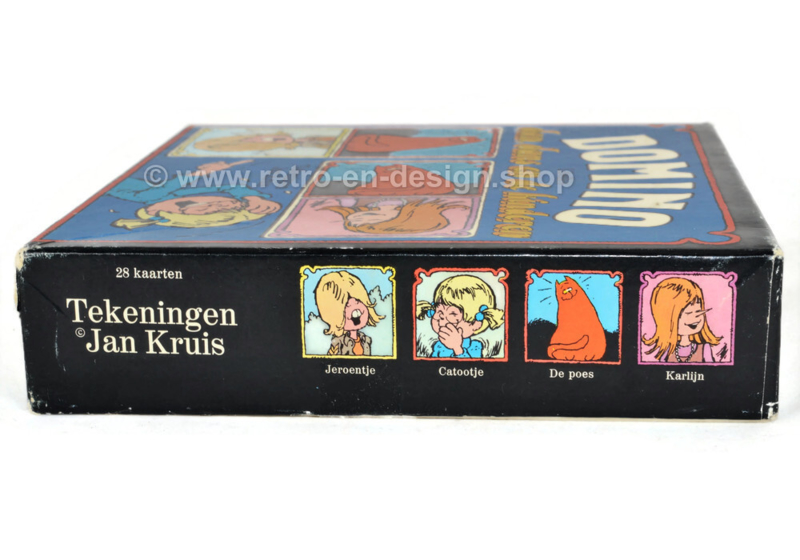 Domino game with 28 cards for children from 5 to 10 years old.

Description
The well-known domino game, but now published by the women's weekly magazine Libelle and decorated with images of the well-known comic "Jan, Jans and the children" drawn by Jan Kruis.

The child with a card with two identical pictures may start and places this card in the middle of the table. The next player must now connect a card, on which one of the halves has the same picture as the card in the middle of the table. The next player has more choice, because he can connect on both sides. Other double cards may also be used, but always put the same pictures against each other. When it is your turn and you do not have a matching picture, you must take a card from the pot. If there is also not the correct picture on that card, it is the next player's turn. Whoever gets rid of all his cards first wins. If the pot is empty before someone has won, the child with the fewest cards is the winner.

In short, a fun game to play and also a sentimental value.

Condition
This domino game is in a good vintage condition with normal traces of use and age-related traces of wear. Photos are part of the description.

Jack, Jacky & the Juniors (Jan Jans en de Kinderen) is a Dutch comic strip originally made by Jan Kruis for women's weekly magazine Libelle. It chronicles the events of an average family and has been running since 1970. Since 1999, the gags are made by Studio Kruis.

The original line-up of the family consisted of Jack, Jacky and their daughters Karlijn and Catootje. A baby-son, Gertje, was introduced in 1993. They also have pets; Lotje, a male dog with a feminine name and a red cat called Edgar. They were later joined by Loedertje, a Siamese cat whose name closely translates as bastard and a white pony named Fury. Other recurring characters are Catootje's best friend Joe, Jacky's cousin Hanna (a single mother by choice), grandad Gerrit and Moeps Pepernoot.

The main characters are modelled after Kruis' own family and pets, except for Jack who in turn inspired his creator. The early gags were originally written for its precursor Gregor and published from December 12, 1970 onwards. Over 60 volumes have been released since 1971. The comic moved with the times, proving that no subject was too weird to be discussed by the family, particularly emancipation. The characters never grew older; actually, some of them dropped a few years in age since the comic was taken over by Studio Kruis.

Kind of object
Domino game with images of Jan, jans and the children

Theme
Libelle - Jan, Jans and the children - Jack, Jacky and the Juniors