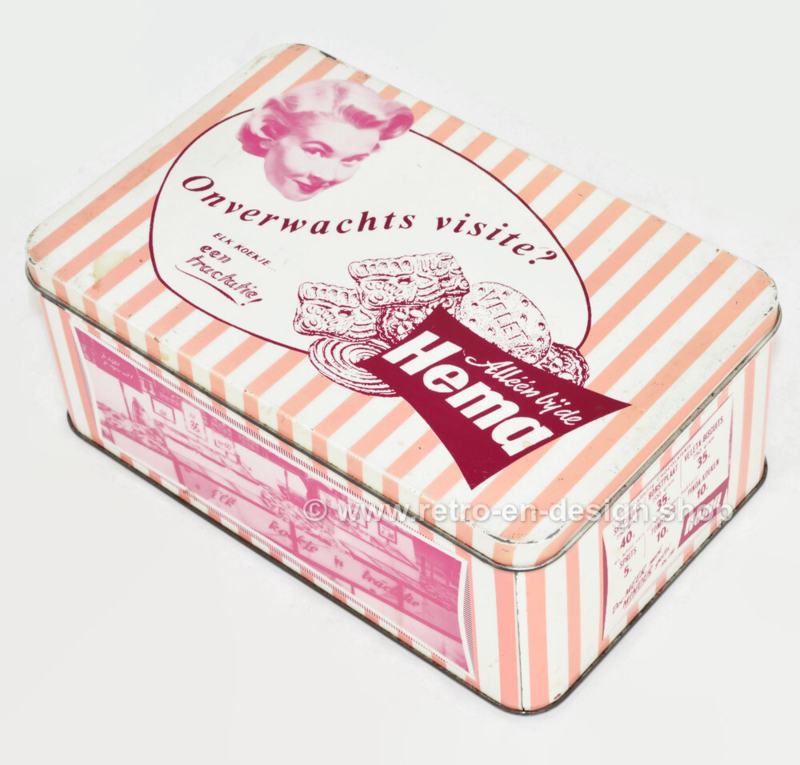 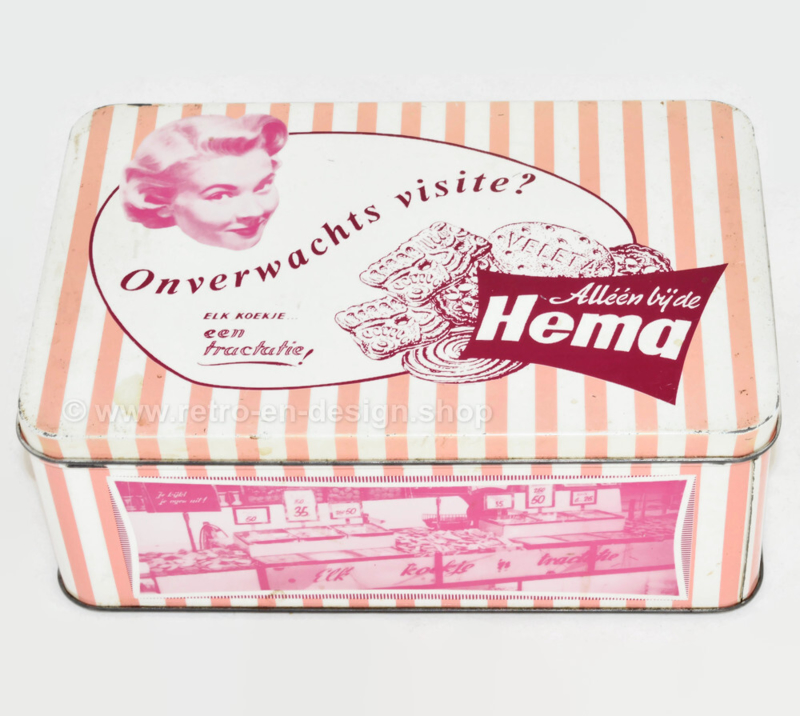 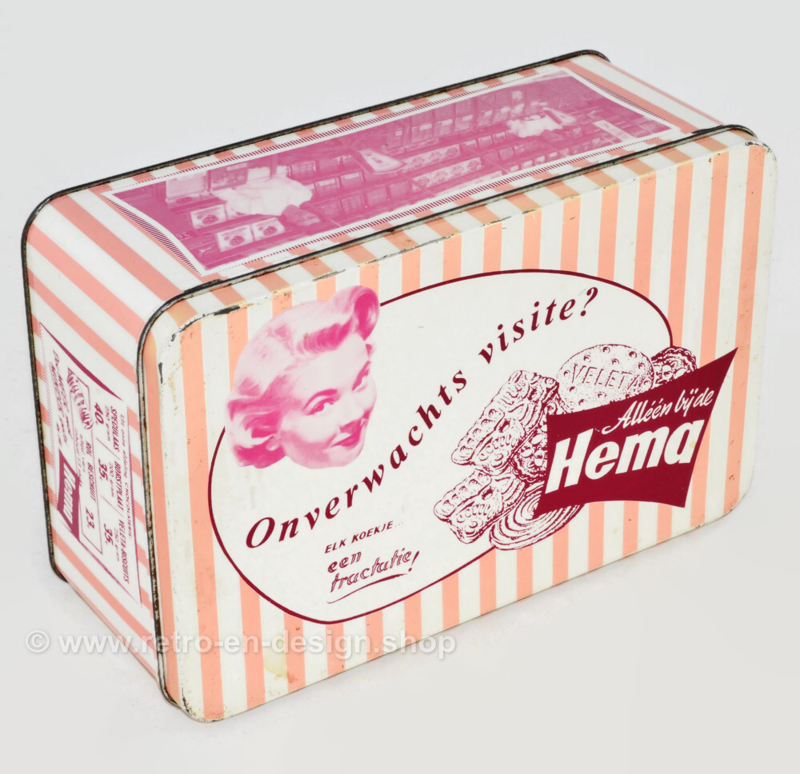 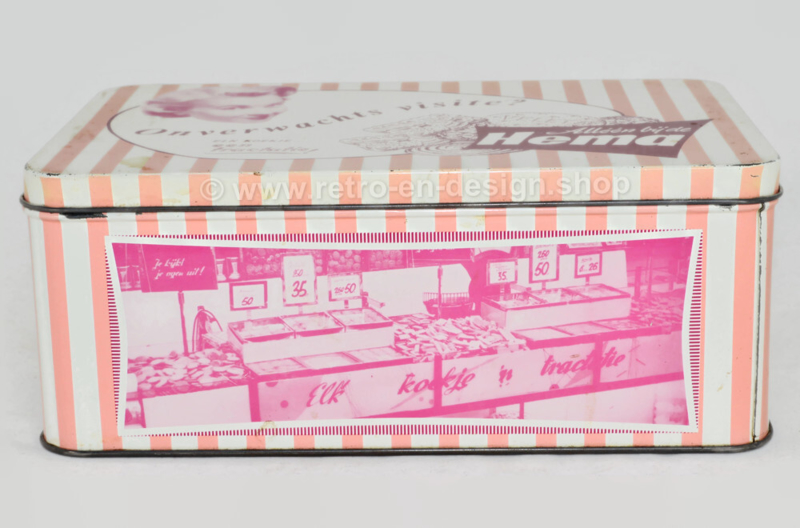 Pink retro tin for biscuits by Hema with pictures of the shop's interior.

Description
Pink biscuit tin from Hema with photos of old Hema shop interior. Equipped with a separate lid. Text on the lid: Unexpected visitors? Every biscuit ... a treat. Only at Hema (translated).

On the front side of the tin are old advertisements with the text: Do MORE with LESS money at the Hema.

Condition
This biscuit or biscuit tin is in a good vintage condition with normal traces of use and age-related traces of wear. Pictures are part of the description.

On November 4, 1926, the first branch of H.E.M.A opened at Kalverstraat 170 in Amsterdam, followed a few days later by a second branch in Oude Hoogstraat.

The H.E.M.A was a stunt shop based on the Woolworths stores in America, the so-called 5 and 10ct stores. All items were for sale at unit prices of 25 and 50 cents. In 1928 the range of prices was expanded with amounts such as 10 cents, 75 cents and one guilder. The difference between the H.E.M.A and other department stores was that of each article there was only one type.

The H.E.M.A was a department store for everyone. The H.E.M.A was cheap, practical and had a wide range. The staff consisted mainly of unmarried women who, in white company clothing, worked about 75 hours a week. Due to the low unit prices, the store was for a long time seen as a 'poor man's shop'. Wealthier Dutch did not want to be seen in an H.E.M.A.

After 1945, the H.E.M.A was written as HEMA and the company let go of the unit pricing system. In the 1950s, HEMA became one of the first franchise organizations in the Netherlands. It was not until 1969 that the psychological and factual barrier of prices above 100 guilders would be crossed. Because the cash registers were not set for such large amounts, the staff initially had to charge two amounts: fl. 99 and the remaining amount.