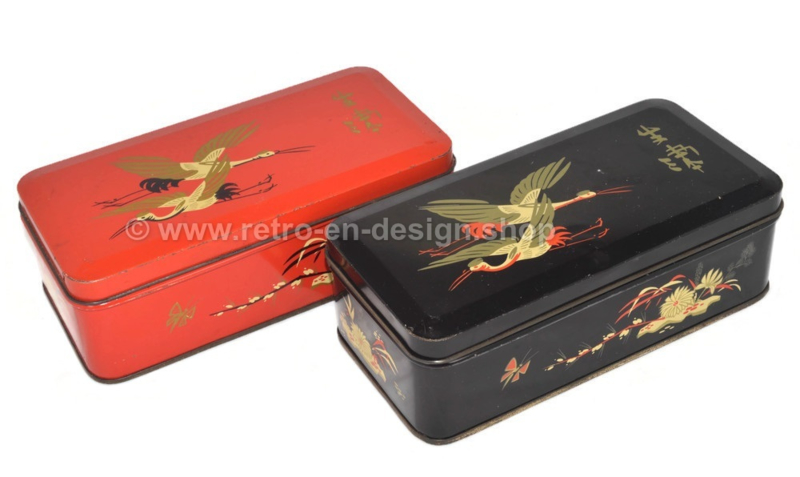 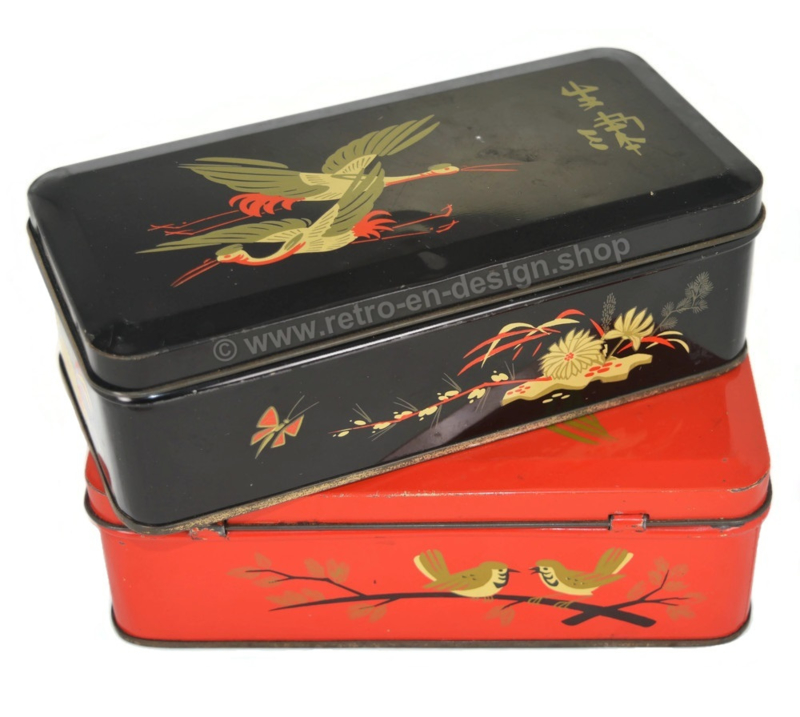 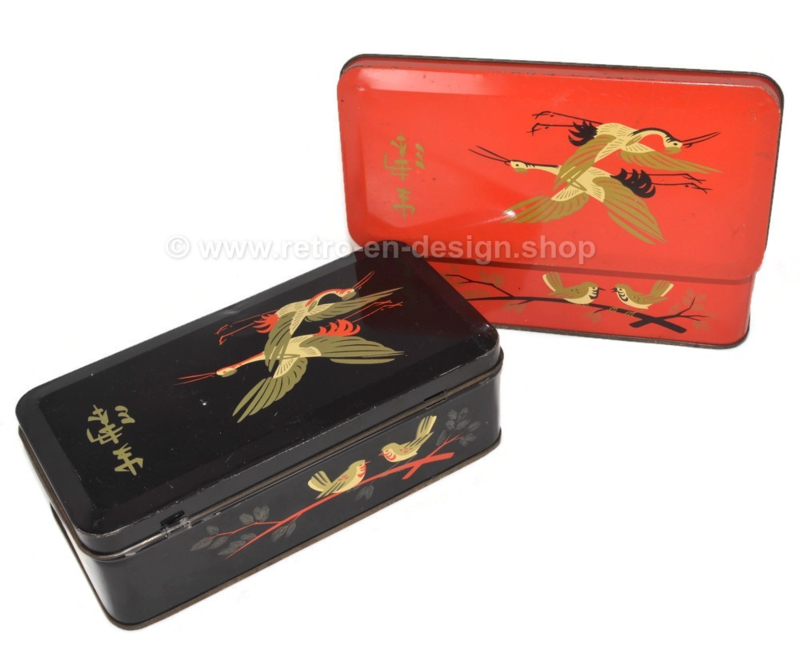 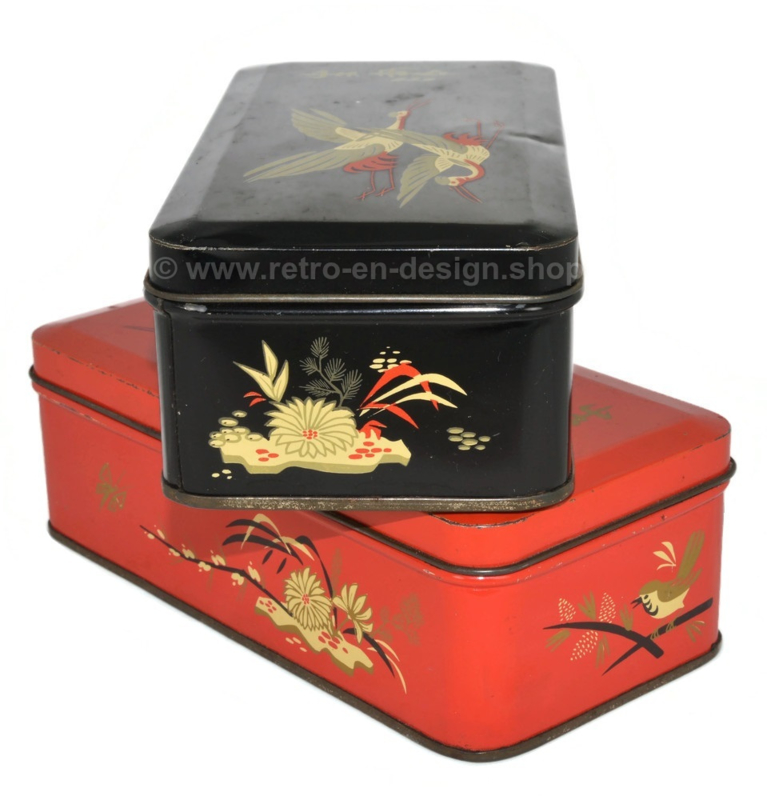 Set of vintage tins in black and red by DE GRUYTER with oriental birds decoration.

Description
This set of two vintage tin drums from De Gruyter have a rectangular shape and are fitted with a hinged lid. The lids have a rolled edge and the hinges are cover hinges which are recessed in the tin. Furthermore, a seamed longitudinal seam at one corner.

The decoration consists of a red and a black background. The lids feature oriental characters with two flying birds in gold and red. On the front a plant motif with a butterfly.

Text on the bottom in relief: and better value and 10 percent only De Gruyter

Condition
This set of two tin drums in black and red are in a good vintage condition with traces of use and age-related traces of wear. The black tin is missing one hinge. Pictures are part of the description.

In the sixties, De Gruyter group reached his peak. There were more than 550 stores and nearly 7,500 employees. In 's-Hertogenbosch had arose large production sites. The group had food shops scattered throughout the country.