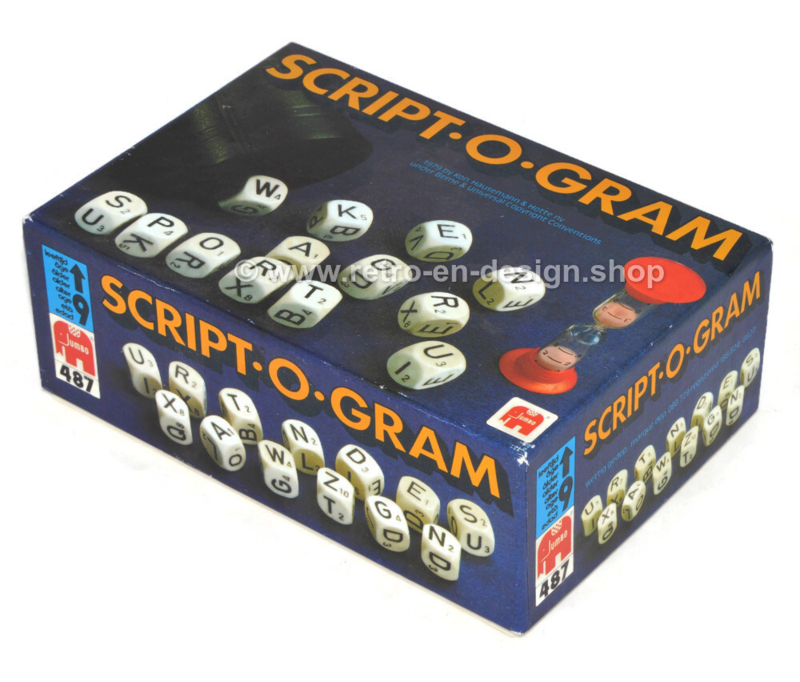 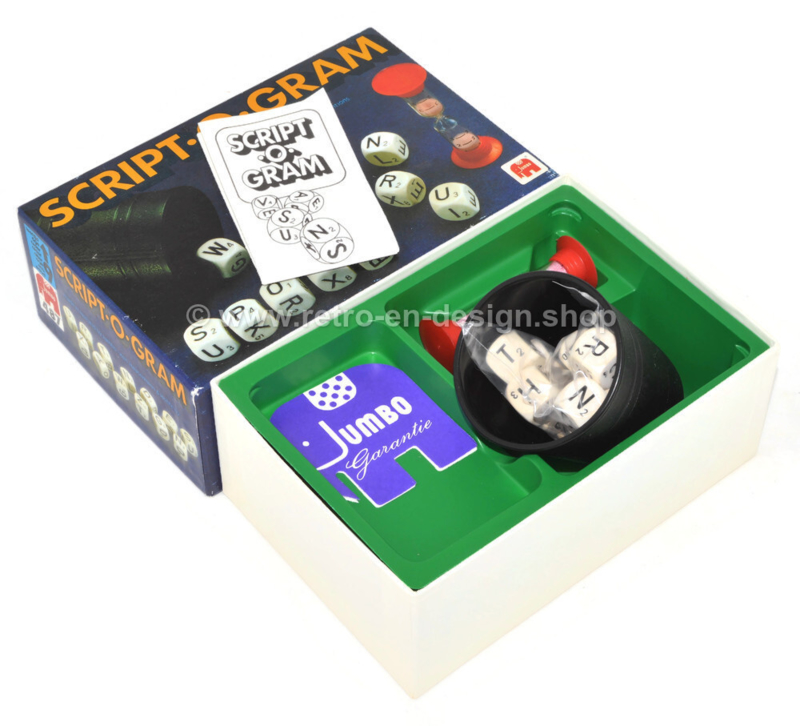 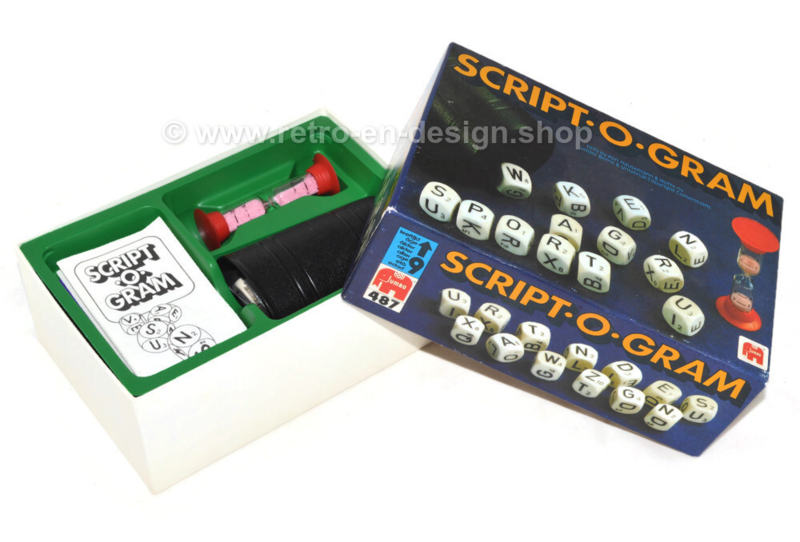 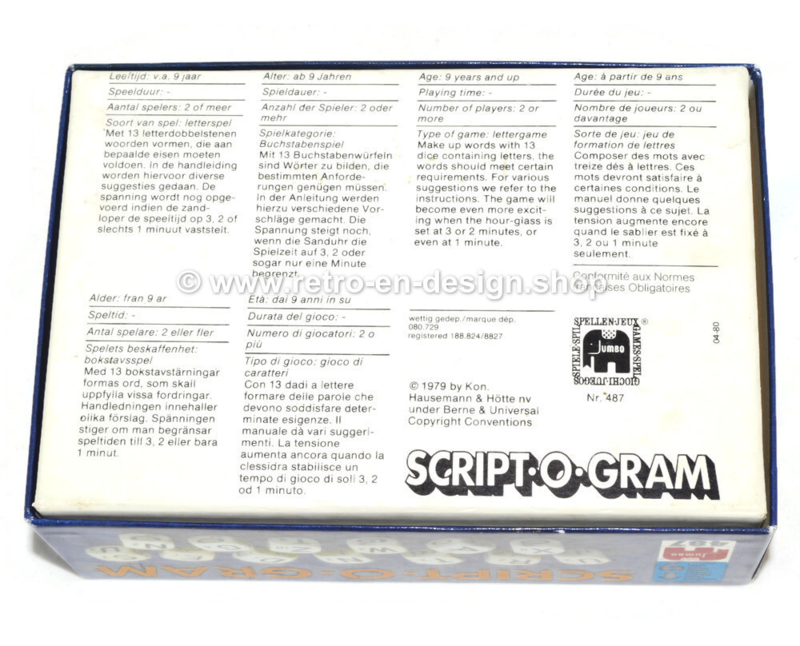 Description
Form words with 13 letter dice that must meet certain requirements. Various suggestions are made for this in the manual. The tension is increased if the hourglass sets the playing time at 3, 2 or just 1 minute.

Condition
This game is in a neat vintage condition and comes complete with manual. The box shows traces of use and age-related traces of wear. Photos are part of the description.

Koninlijke Jumbo BV is a Dutch brand of board and board games. The company is located in Zaandam and has approximately 130 employees.

In addition to classics such as Stratego, Don't get annoyed! and Pim-pam-pet, the range includes an extensive educational series called 'I learn ...'. Classics such as the question-and-answer game Electro have a more current appearance. Licensed products are also part of the range, such as Rubik's cube.

The brand originally belonged to the games publishers and manufacturers Hausemann & Hötte. Engelbert Hausemann, a German traveling salesman, founded a business in Amsterdam on January 1, 1853, an 'Agency and Committee Business in Kramerijen', comparable to a Sinkel shop. The business flourished, the initial accommodation on the Damrak was exchanged for the Nieuwezijds Achterburgwal and finally for the Oudeschans 72 (house) and Kromboomssloot, which served as an office and warehouse at the back.

In 1860, Wilhelm Hötte (1843), the son of Engelbert Hausemann's sister, joined the ranks as an employee. In 1873 he founded his own company. On December 27, 1882 Hausemann & Hötte decided to work together as the firm Hausemann & Hötte. This collaboration lasted five years. Engelbert Hausemann retired at an advanced age on December 31, 1887. The company was dissolved and it was agreed that Wilhelm Hötte would continue the business under the existing company name.

Number of players
2 or more players