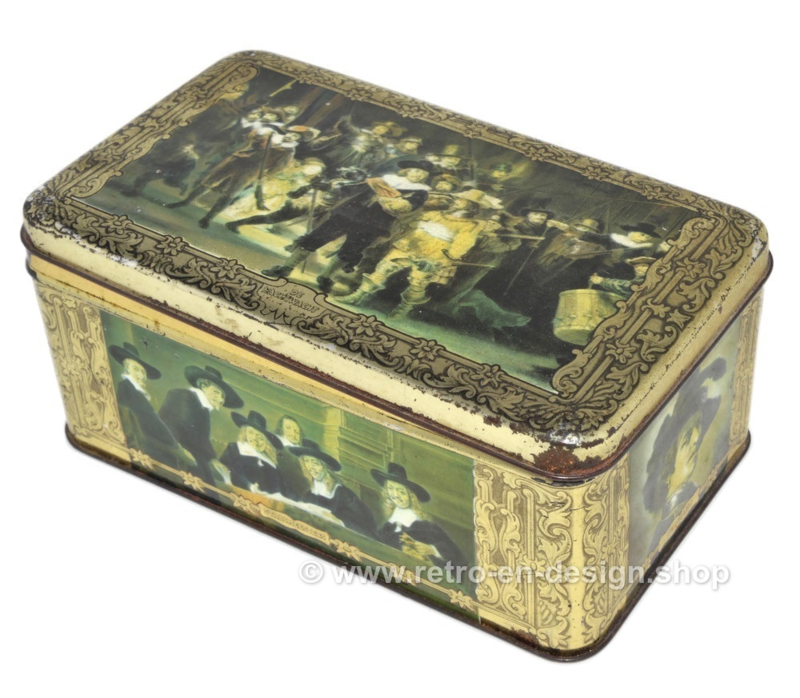 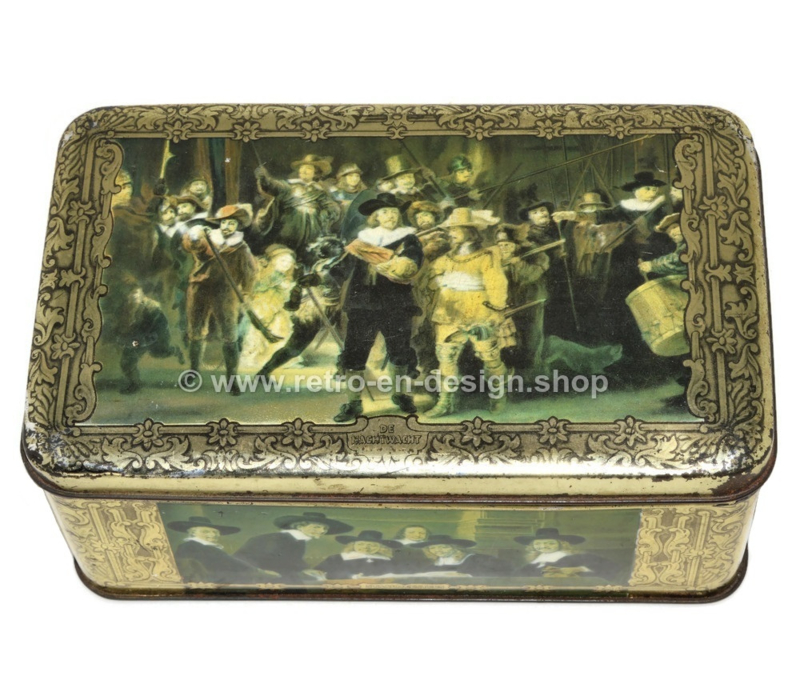 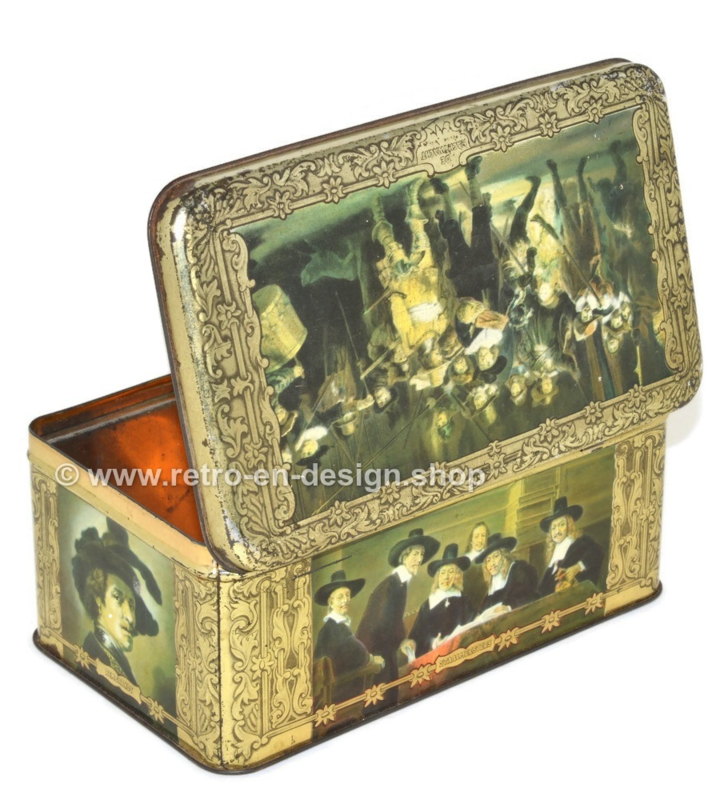 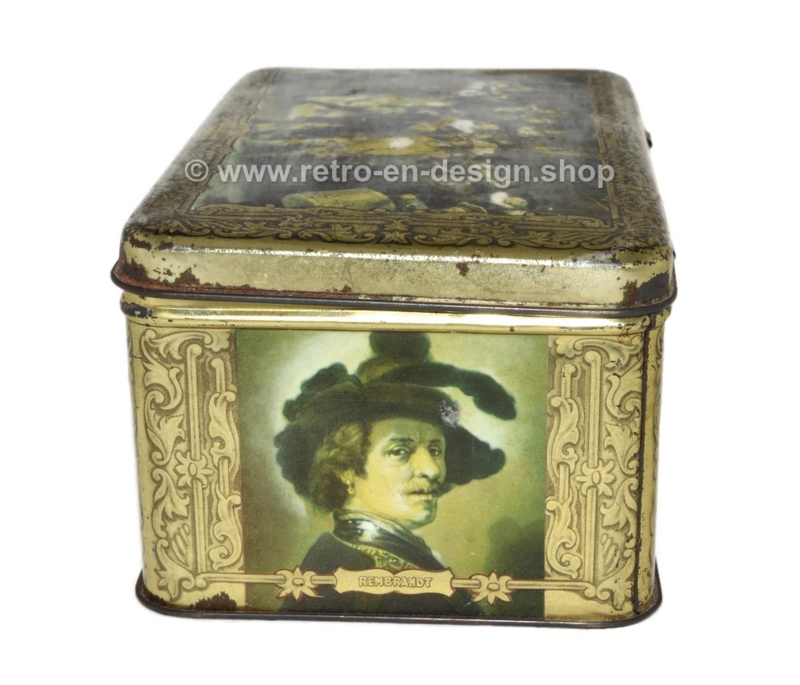 Vintage cigars tin by "ERNST CASIMIR" with depictions of paintings by Rembrandt.

Description
Vintage tin box for cigars of the brand: "ERNST CASIMIR". Rectangular tin with rounded corners. Decorated with reproductions of Rembrandt's paintings, on the lid The Night Watch, the front shows The Sampling Officials, on the sides a self-portrait of Rembrandt.

Condition
This tin is in a neat vintage condition with traces of use and age-related traces of wear. 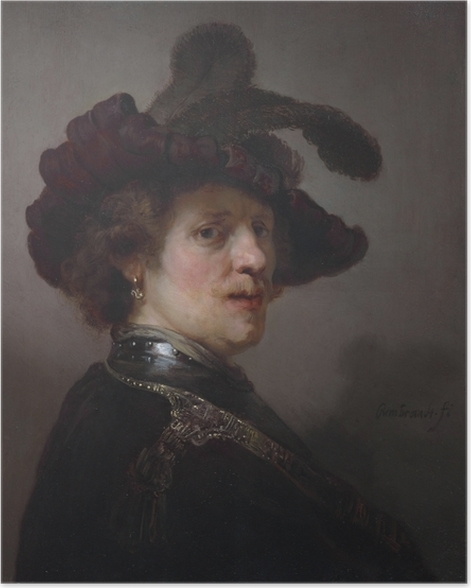 Rembrandt Harmenszoon van Rijn; July 15, 1606 – October 4, 1669) was a Dutch draughtsman, painter, and printmaker. An innovative and prolific master in three media, he is generally considered one of the greatest visual artists in the history of art and the most important in Dutch art history. Unlike most Dutch masters of the 17th century, Rembrandt's works depict a wide range of style and subject matter, from portraits and self-portraits to landscapes, genre scenes, allegorical and historical scenes, biblical and mythological themes as well as animal studies. His contributions to art came in a period of great wealth and cultural achievement that historians call the Dutch Golden Age, when Dutch art (especially Dutch painting), although in many ways antithetical to the Baroque style that dominated Europe, was extremely prolific and innovative and gave rise to important new genres. Like many artists of the Dutch Golden Age, such as Jan Vermeer of Delft, Rembrandt was also an avid art collector and dealer. 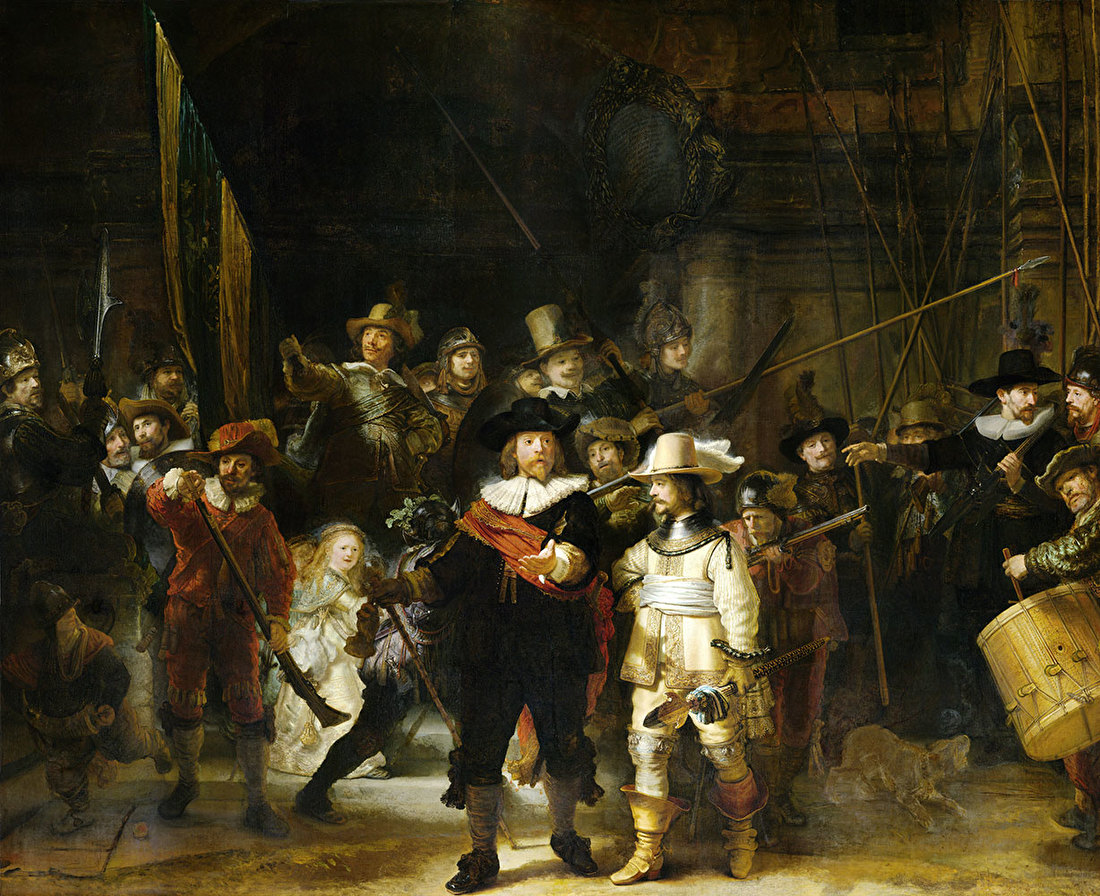 The Night Watch. Militia Company of District II under the Command of Captain Frans Banninck Cocq, also known as The Shooting Company of Frans Banning Cocq and Willem van Ruytenburch, but commonly referred to as The Night Watch (Dutch: De Nachtwacht), is a 1642 painting by Rembrandt van Rijn. It is in the collection of the Amsterdam Museum but is prominently displayed in the Rijksmuseum as the best-known painting in its collection. The Night Watch is one of the most famous Dutch Golden Age paintings.

The painting is famous for three things: its colossal size (363 cm × 437 cm (11.91 ft × 14.34 ft)), the dramatic use of light and shadow (tenebrism) and the perception of motion in what would have traditionally been a static military group portrait. The painting was completed in 1642, at the peak of the Dutch Golden Age. It depicts the eponymous company moving out, led by Captain Frans Banning Cocq (dressed in black, with a red sash) and his lieutenant, Willem van Ruytenburch (dressed in yellow, with a white sash). With effective use of sunlight and shade, Rembrandt leads the eye to the three most important characters among the crowd: the two gentlemen in the center (from whom the painting gets its original title), and the woman in the center-left background carrying a chicken. Behind them, the company's colours are carried by the ensign, Jan Visscher Cornelissen. The figures are almost life-size. 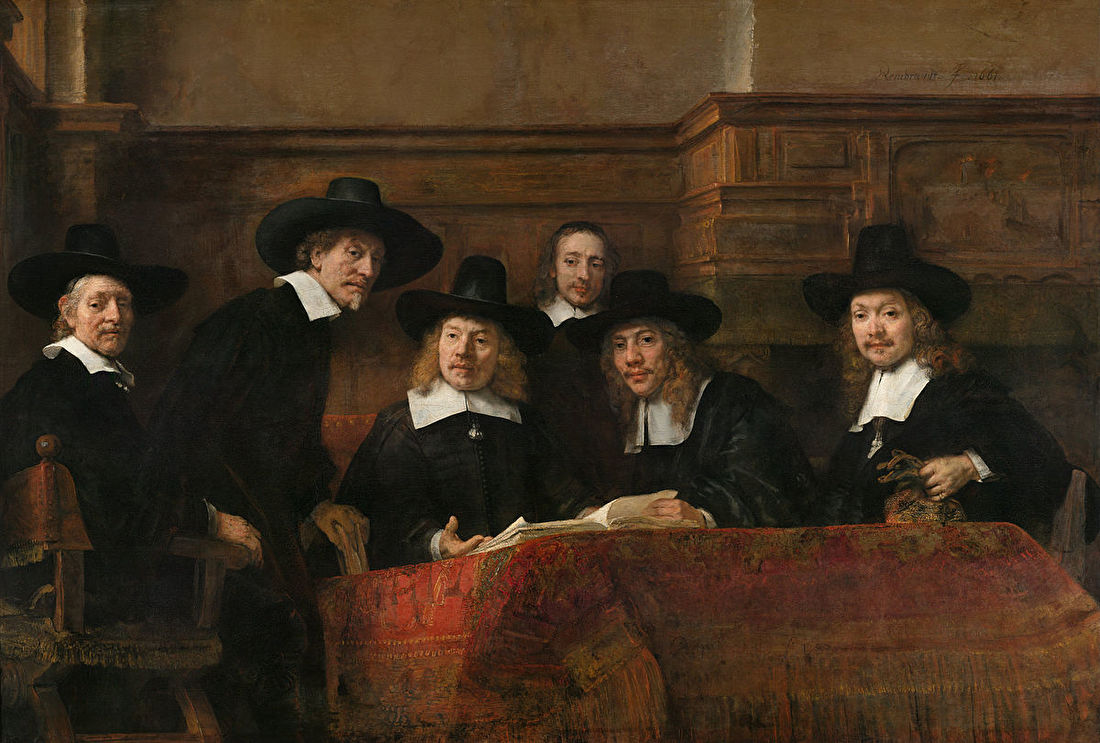 The Sampling Officials (Dutch: De Staalmeesters), also called Syndics of the Drapers’ Guild, is a 1662 oil painting by Rembrandt. It is currently owned by the Rijksmuseum in Amsterdam. It has been described as his "last great collective portrait".

The men (with the exception of Bel who is an attendant as indicated by his calotte) are drapers who were elected to assess the quality of cloth that weavers offered for sale to members of their guild. Their one-year terms in office began on Good Friday and they were expected to conduct their inspections thrice weekly. The Dutch word staal means 'sample' and refers to the samples of cloth that were assessed. The inspectors used pliers to press the seals of their city (front) and guild (reverse) into penny-sized slugs of lead that were specially affixed to record the results of the inspection. There were four grades of quality, the highest was indicated by pressing four seals and the lowest by pressing only one.