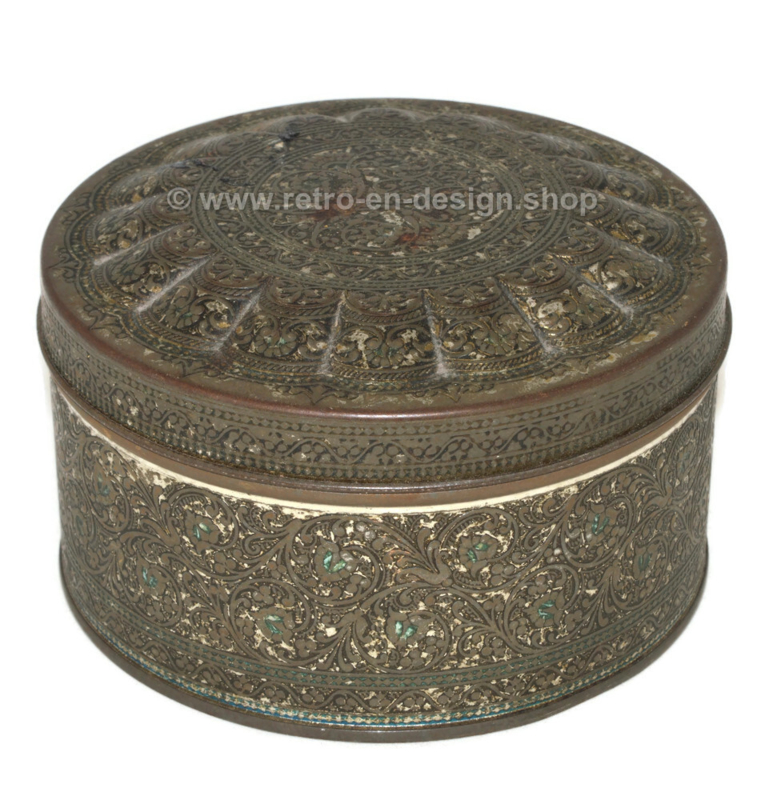 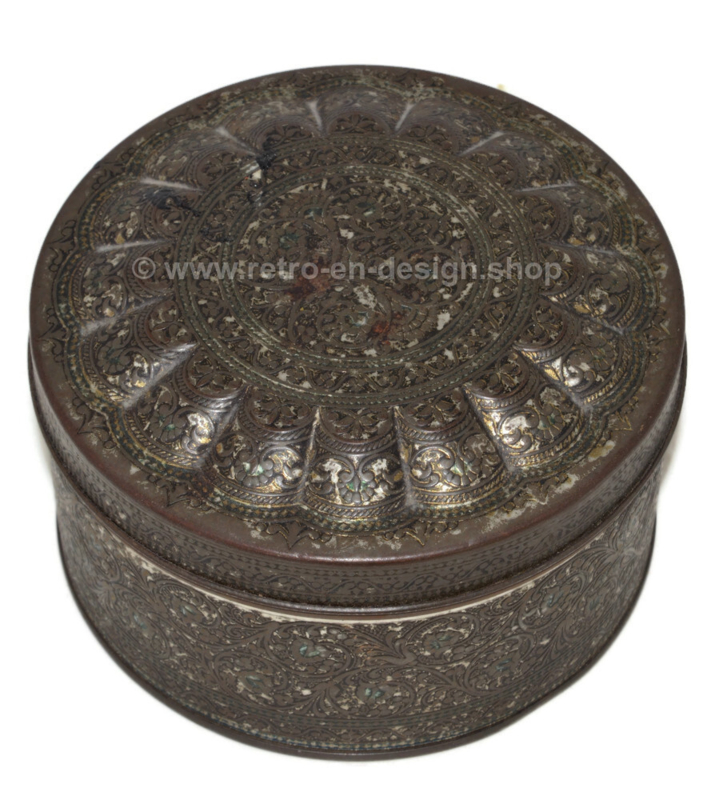 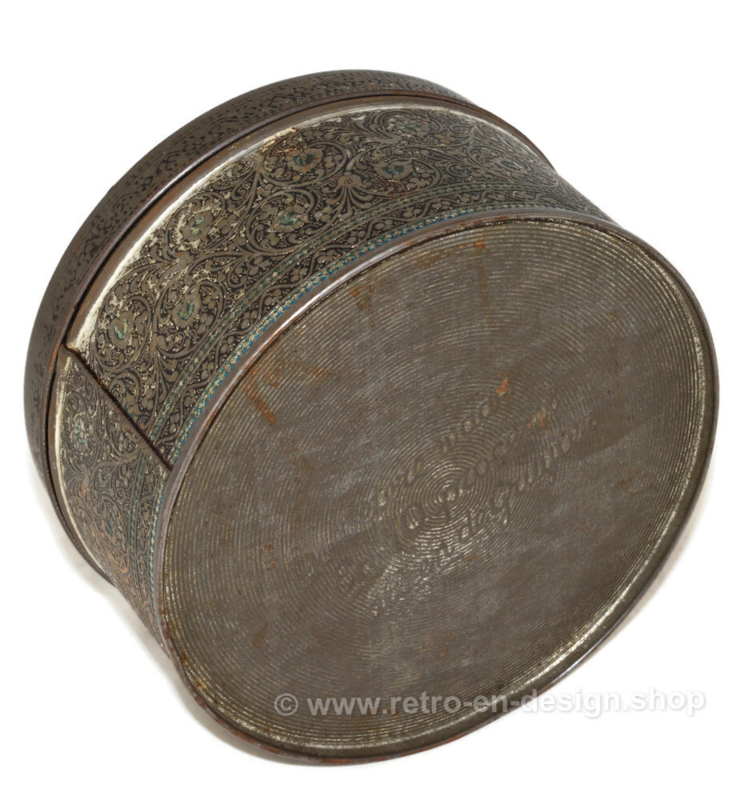 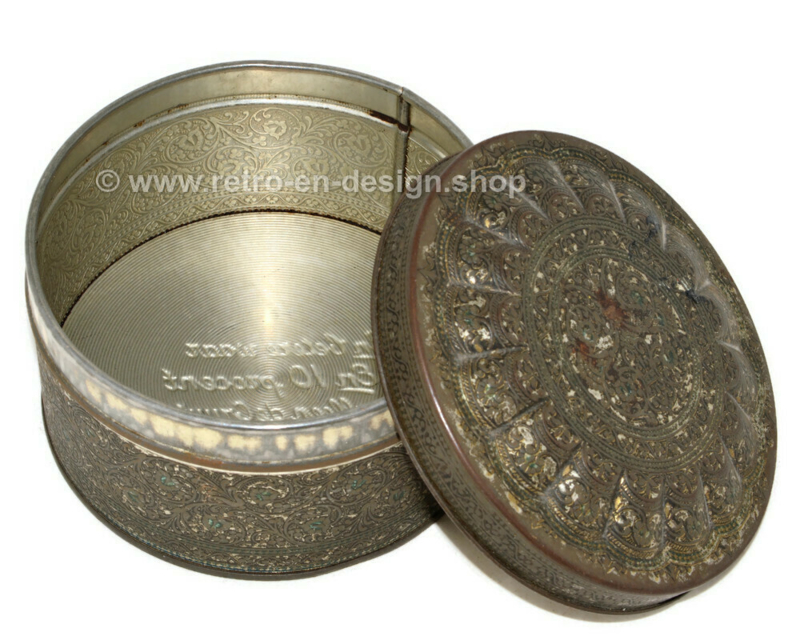 Round vintage tin box with floral decoration in relief by De Gruyter.

Description
Round vintage biscuit tin with a loose wavy lid. The decoration of this tin consists of various fantasy decorations in relief. The colour of the tin is metallic black with some light accents in blue-green.

At the bottom of the tin is the well-known slogan: "and better value and 10 percent only De Gruyter".

Condition
This tin is in an original vintage condition with traces of use and age-related traces of wear. Pictures are part of the description.

In the sixties, De Gruyter group reached his peak. There were more than 550 stores and nearly 7,500 employees. In 's-Hertogenbosch had arose large production sites. The group had food shops scattered throughout the country.