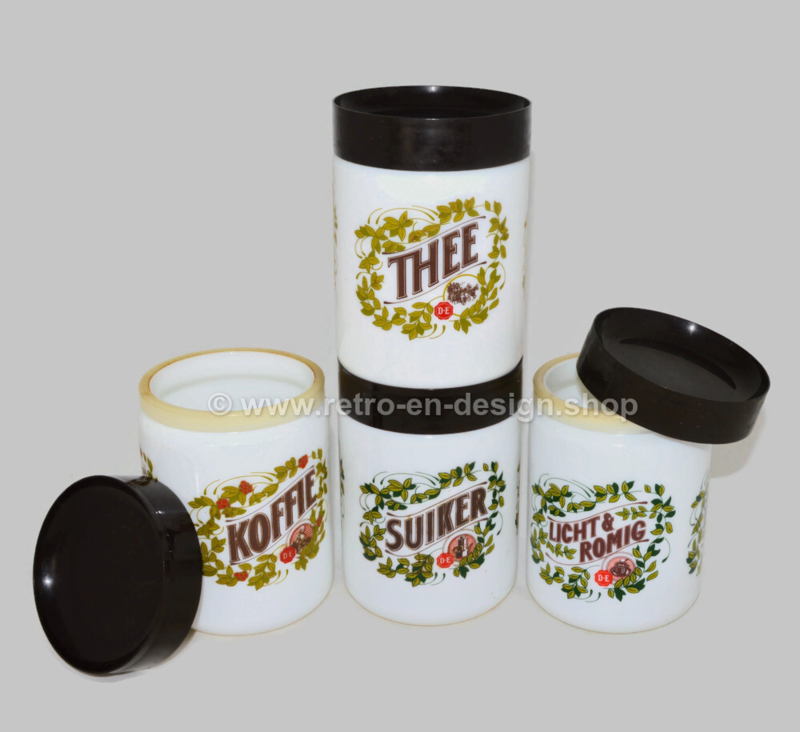 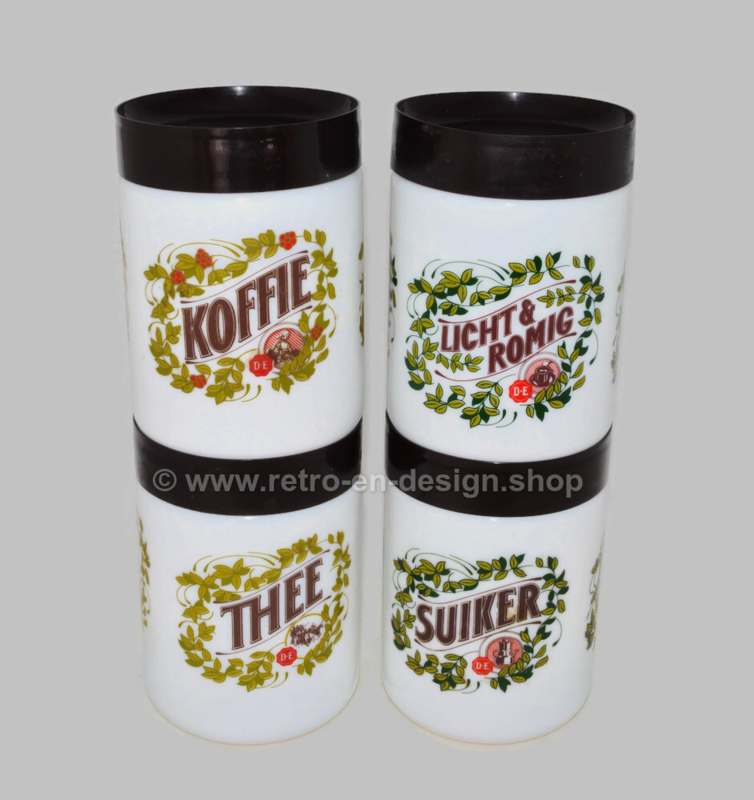 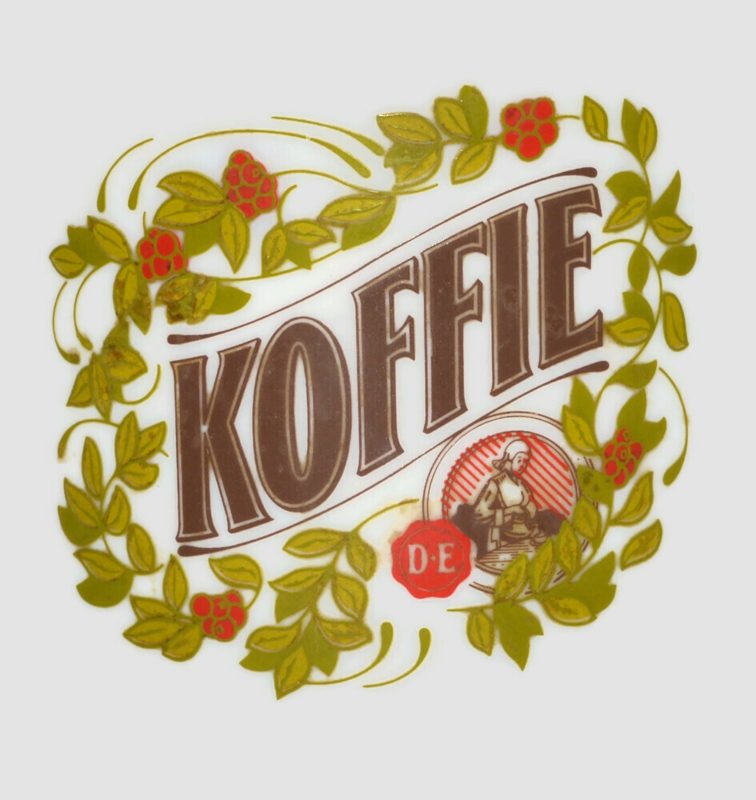 Beautiful set of four Opaline storage jars from the 70s. They are not only beautiful but also still excellent to use.

Description
Old retro/vintage storage jars made of white Opaline (kind of milk glass) with a decoration of green leaves, brown text and red D.E. logo. Four beautiful jars for storing coffee, tea, sugar and milk powder. The pots have a dark brown plastic lid. The lids have the same concave shape as the bottom of the pots, making them very stackable. Cool pots that can still be used in, for example, the country kitchen, but they also feel at home in any contemporary kitchen.

At the bottom of the pots is the text: Cerva, Made in Italy, marked with two deer with antlers.

Condition
These storage jars are in a neat vintage condition, without damage, with normal traces of use and age-related traces of wear. Photos are part of the description.