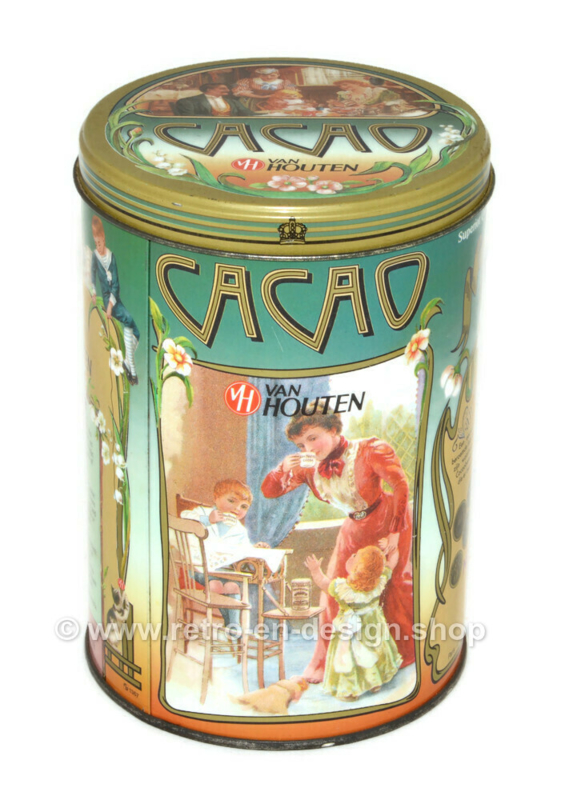 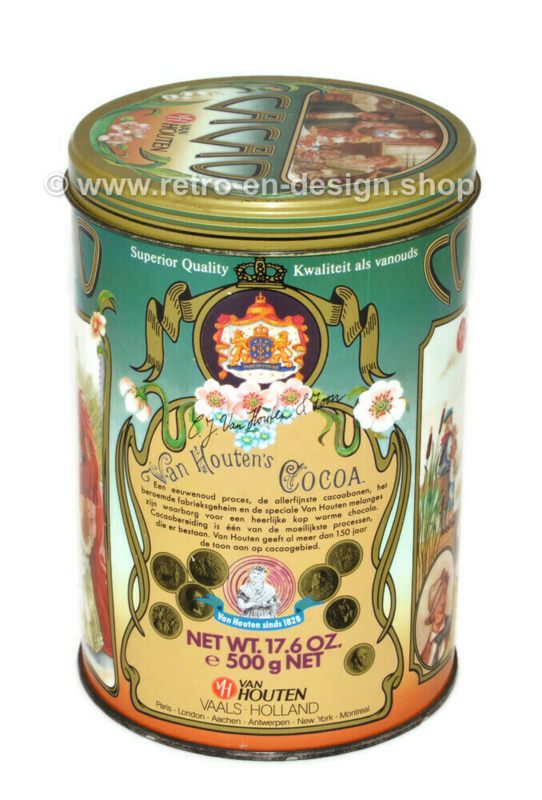 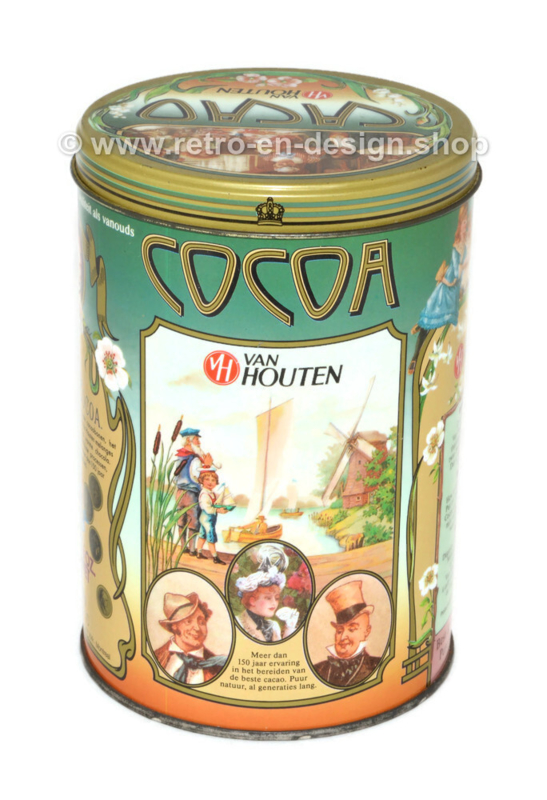 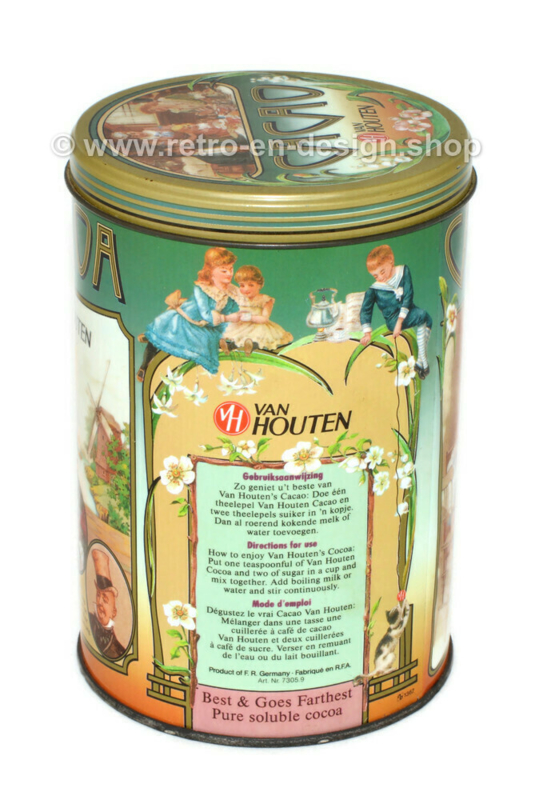 Description
Vintage cocoa tin from Van Houten with nostalgic images, fitted with a loose lid. The decoration of this tin consists of a green background with surfaces with text and various images.

Condition
This van Houten cocoa tin is in a good vintage condition with normal traces of use and age-related traces of wear. Pictures are part of the description.

Van Houten (chocolate factory)
Van Houten is a brand name, after the family business, a producer of chocolate products.

Casparus van Houten sr. (1770-1858) was a chocolate manufacturer in Amsterdam. In 1815 he opened a chocolate factory on the Prinsengracht in Amsterdam. Inside the building was a treadmill powered by manpower. At that time, cocoa beans were ground into a fine mass, which was then mixed with milk to make chocolate milk, or which, with the addition of sugar, cinnamon and vanilla, served as the basis for making cookies. However, the high fat content made the cookies very digestible.

In 1828, Casparus van Houten sr. Patented an inexpensive way to extract the fat from roasted cocoa beans. This invention is usually attributed to his son Coenraad, but research by the publicist Peter van Dam indicates that his father was the inventor of this hydraulic cocoa bean press. The core of the bean, more commonly known as the nib, contains an average percentage of 54 percent cocoa butter, consisting mainly of natural fat. Van Houten's machine reduced the cocoa butter content in the raw cocoa chunks by about half. Those chunks could easily be pulverized into cocoa powder, the basis for all chocolate products.

Van Houten introduced a further development by processing the powder with alkaline salts such as potassium and sodium carbonates, so that the powder became more easily miscible with water (alkalisation). The end product, an originally Dutch process, has a dark color and a mild taste. Today this process is used worldwide and is also called Dutching. The introduction of cocoa powder made the preparation of chocolate drinks much easier, but it also became possible to combine chocolate with sugar and then add cocoa butter again, so that, for example, chocolate paste could be made.

The patent expired in 1838, so that other manufacturers could also produce cocoa powder, following Van Houten's lead, and more and more chocolate products came onto the market.