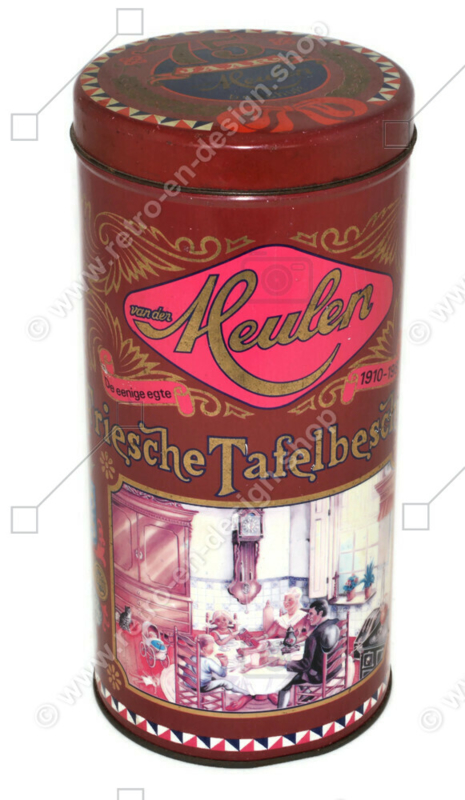 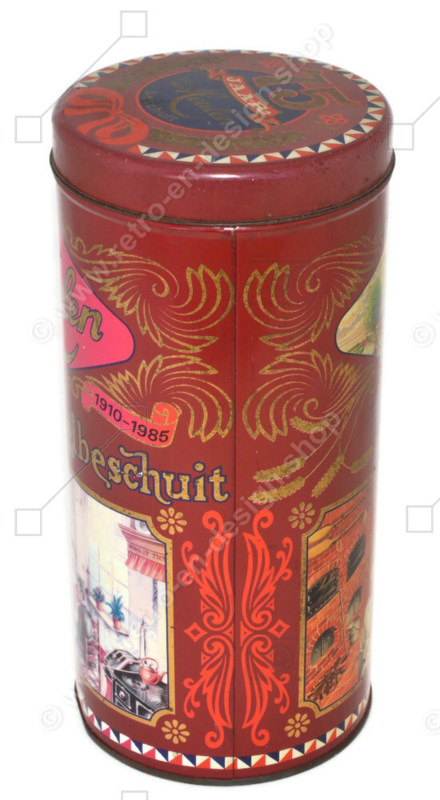 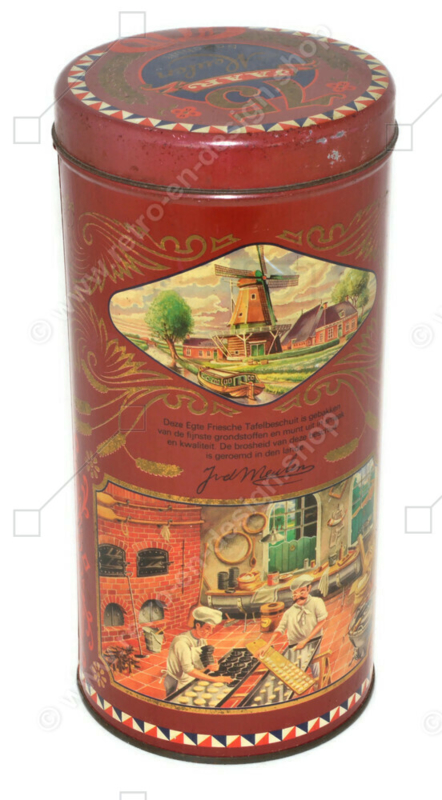 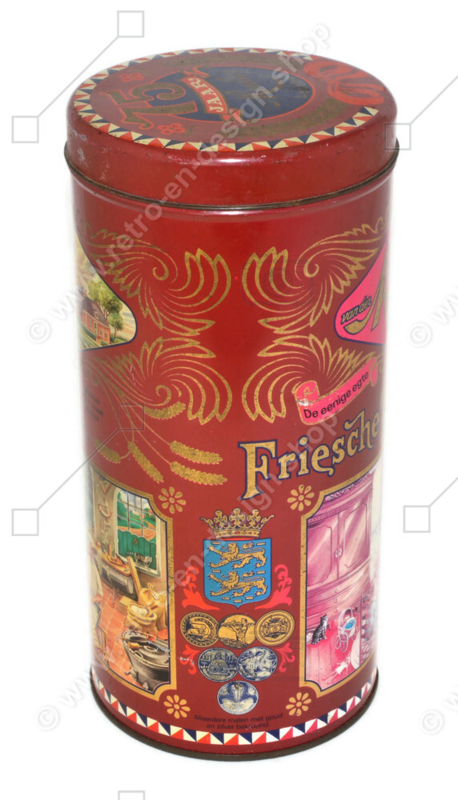 Text on rusk tin: "This egte Frisian table rusk is baked from the finest raw materials and excels in taste and quality. The brittleness of this rusk is praised in the Netherlands". Signed with signature J v / d Meulen.

Condition
This very nice vintage tin is in a neat condition with normal traces of use and age-related traces of wear. Pictures are part of the description.

History Van der Meulen Master Bakers
In 1910 Hessel van der Meulen founded a small traditional biscuit bakery in Ferwerd. The high quality quickly became a household name in the north of the country. The demand for Van der Meulen Rusk continues to grow strongly and expansion is soon necessary. The company moves to Hallum, where a large bakery, specially equipped for Rusk, is being built under the name "De Volharding".

In 1930 the 2nd generation started exporting rusk to America under the motto: "the more you eat the more you want!"

Hessel van der Meulen junior, the 3rd generation, takes over the helm in the 1960s. A new period of growth is dawning. The beginning of the seventies is dominated by the introduction of Melba Toast and the first real set-up of export to England.

In 1985 the Rusk and Melba Toast range is expanded with Rye bread thanks to the takeover of a rye bread bakery in Broeksterwoude. Exports have then become an important source of income.

In the early nineties our current general manager Johannes van der Meulen takes over the management. In 1997 it is decided to return to the core;
producing Rusk, Rye Bread and Melba Toast. Van der Meulen de Meesterbakkers is now an international company with approximately 120 employees.