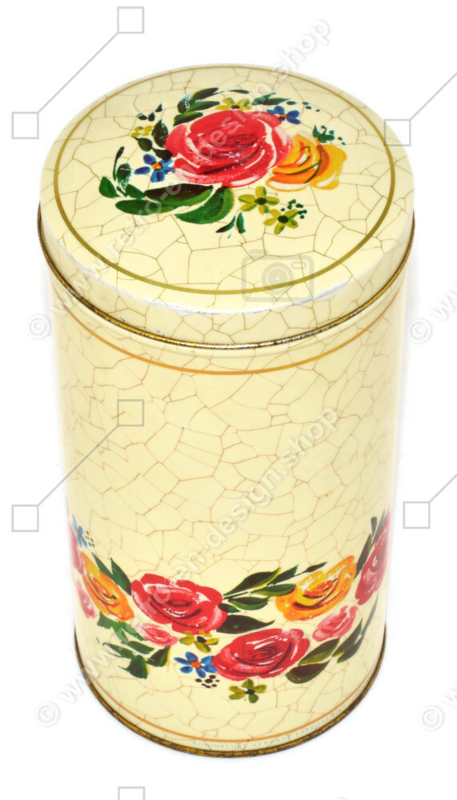 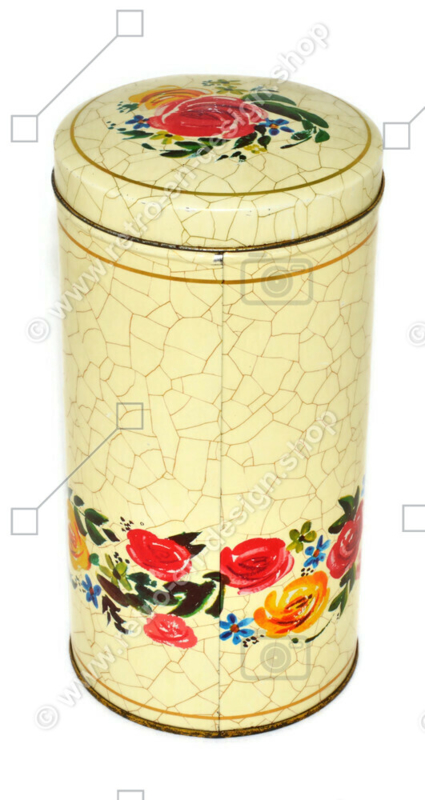 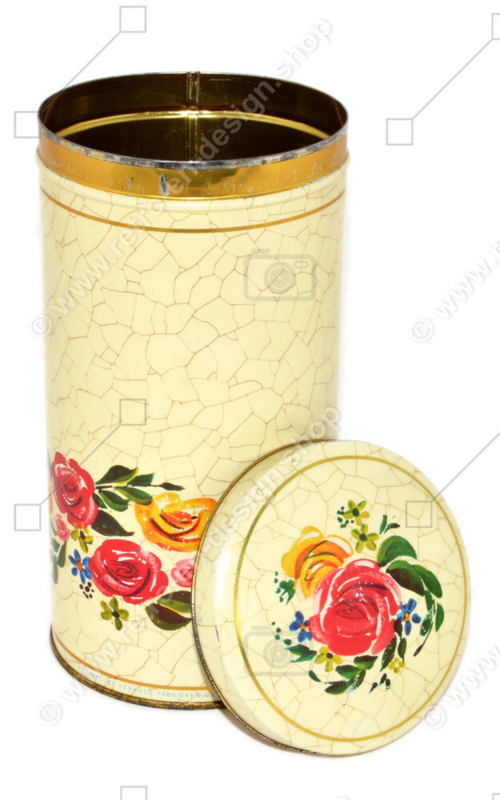 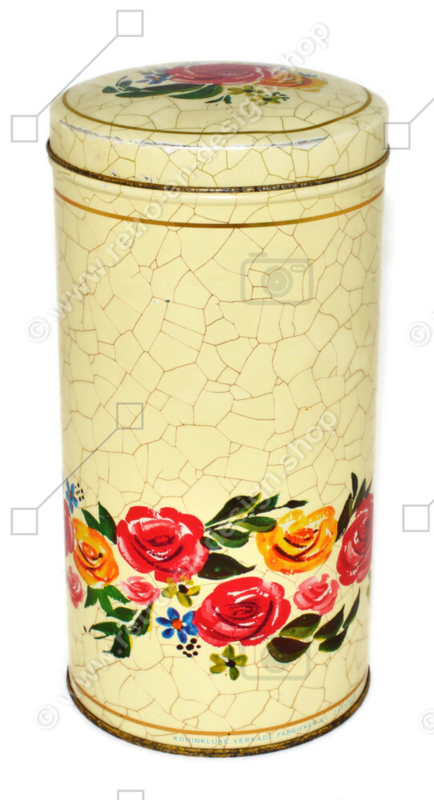 Cream-coloured biscuit tin with flowers and crackle motif by VERKADE

Cream-coloured biscuit tin with flowers and crackle motif by VERKADE.

Description
Round rusk tin with a loose lid. This biscuit tin is made with a longitudinal seam in the tin and bottom. The decoration of this tin consists of a cream-coloured background with gold-coloured crackle lines; multicoloured, loosely painted flower border and flowers on the lid. Text: Koninklijke Verkade Fabrieken n.v. Zaandam Holland.

The inside of the tin is gold coloured.

Condition
This tin biscuit tin is in an original vintage condition with traces of use and age-related traces of wear. Pictures are part of the description.

Verkade.
On May 2, 1886, Ericus Gerhardus Verkade opened his Steam Bread and Rusk factory 'De Ruyter' in a former patent oil factory on the Zaan. He simply started making bread and rusks. The success he achieved with this was so great that he was able to regularly add new products to his range.

Verkade was born in 1835 in Vlaardingen as the son of a civil-law notary. When his father died, his mother moved back to her native region, the Zaanstreek, and Ericus was sent to boarding school.

The Zaanstreek had become known for its industry in the 17th and 18th centuries, but in the 19th century they had to contend with an outdated industrial apparatus, because they kept too much on the windmill industry. Help came in the form of the 1863 Canal Act, which canalized the Amsterdam IJ and thus made it possible to gain direct access to the sea. The Zaandam harbor benefited from this. There was also a direct rail connection with Amsterdam and the rest of the country. During this time Verkade started his own company from his legacy. Unfortunately, his first factory, a patent oil factory, burned down in 1875 and he then started trading in oily grains. At heart he remained a manufacturer and in order to take advantage of the lack of large-scale bread production in the countryside, he opted for a bread factory without the slightest bakery experience.

On May 2, 1886, Verkade started his bakery 'De Ruyter' on a site of 1342 m² on the Zaan. A steam engine was installed in this bakery to provide the various machines with motive power. The name 'De Ruyter' was chosen with a bow to the past: the first windmill in Zaandam-west bore that name. Bread wasn't the only product the factory would supply; rusk was also baked, because the heat from the ovens, after baking bread, could still be used efficiently.

In 1950 Verkade received the designation Royal.