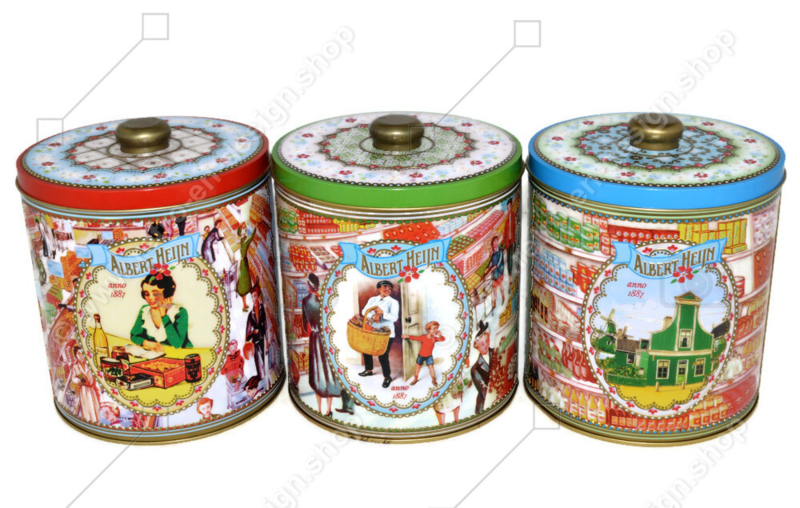 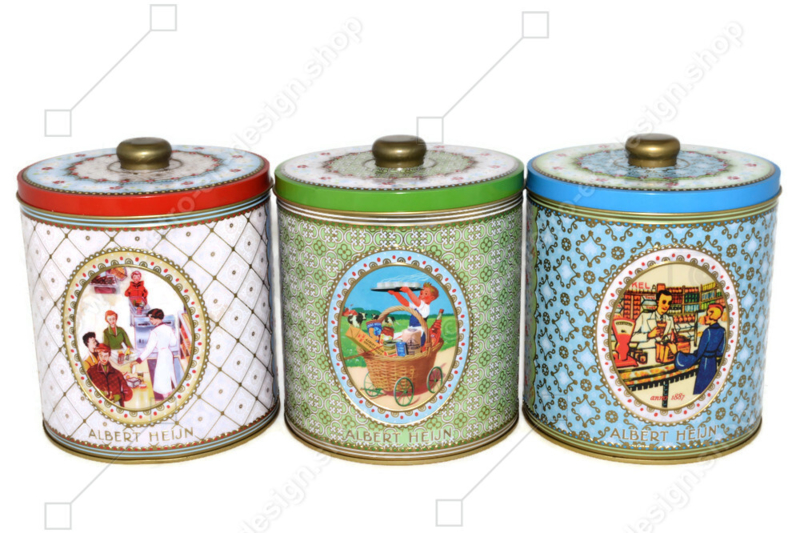 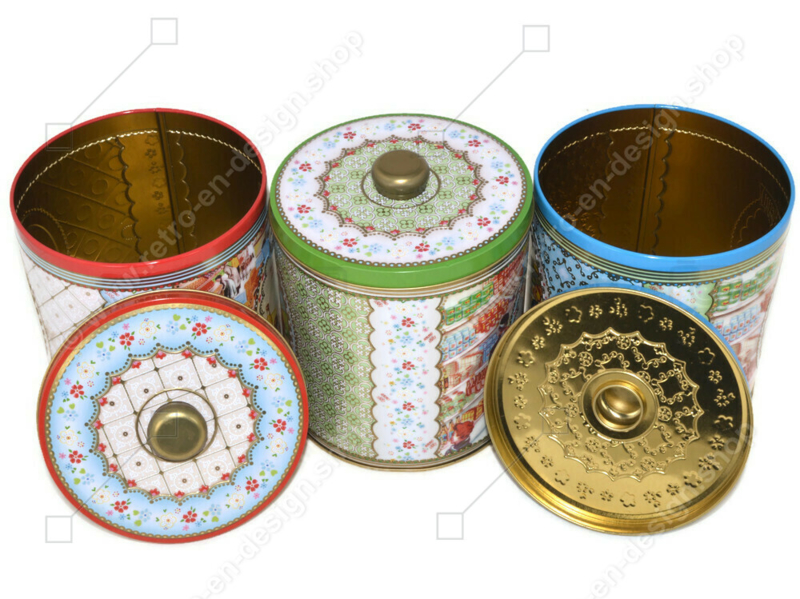 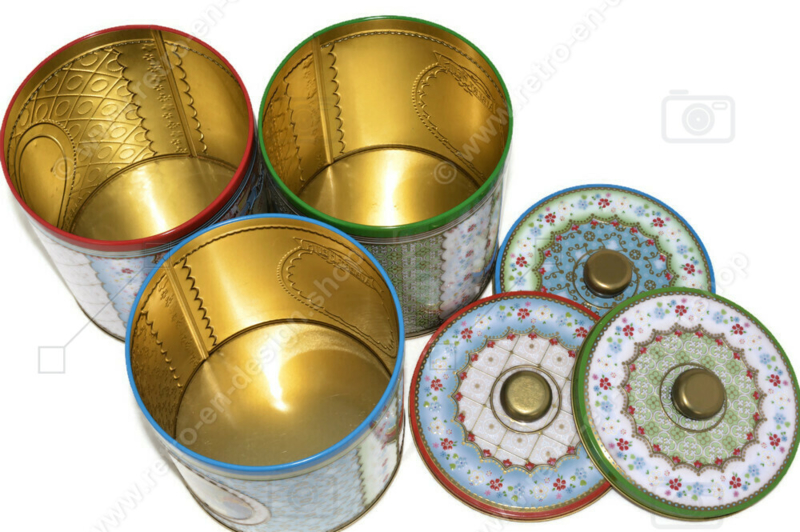 Description
Beautiful set of multicoloured retro tins by Albert Heijn issued as jubilee tins on the occasion of the 125th anniversary in 2012. Three unique storage tins! These tins are equipped with a loose lid with a button on top. Both the lids and the tins are embossed. Equipped with beautiful nostalgic images in the most beautiful colour combinations. These tins have great collectible value for the future.

Condition
This set of tins is in a neat vintage condition with normal traces of use and age-related traces of wear. Pictures are part of the description.

Albert Heijn (supermarket)
Albert Heijn sr. Comes from the Heijn family from Oostzaan. In 1887 he took over from his father Jan Heijn his grocery store in the Kerkbuurt of Oostzaan. Eight years later he opened the first branch in Purmerend and in Zaandam he opened a Central Warehouse in 1899.

The first products under their own brand were sold from 1910. The basis for their own production companies was laid in 1911, also in Zaandam, where roasting coffee and baking cake were started in the kitchen of an old mansion. Factories for rusk, liquorice, coffee, tea, wine and other products appeared along the Zaan. In 1920 the Company for the Exploitation of Factories and Trade was founded. Anton Jurgens of Anton Jurgens' Margarinefabrieken N.V., one of Unilever's predecessors, bought half of the ordinary share capital (which he sold again in 1927 after a disagreement with Mr Heijn). In the same year, son-in-law Johan Hille and sons Jan and Gerrit Heijn took over the management.

Seven years later, in 1927, the store chain celebrated its 40th anniversary. The company now had 107 branches and was awarded the title of Royal Warrant Holder. Anton Jurgens was bought out.

Albert Heijn senior died in 1945 at the age of 80. Three years later, the company went public.

The current Albert Heijn logo has existed since 1965 and is a design by James Pilditch and John Harris of trademark agency AID. Before that, the concern had a logo in the 1920s in which the A and H were intertwined. At the end of the 1930s, the letters stood side by side with the slogan "for quality" below. After Albert Heijn was appointed purveyor to the court, the coat of arms belonging to this title appeared in the logo of the supermarket chain from the 1950s. From 1966, the Pilditch logo is used, the blue intertwined A and H.

In 1952 Albert Heijn opened its first self-service store in Schiedam.